Nyamira to establish its own varsity soon, says MP 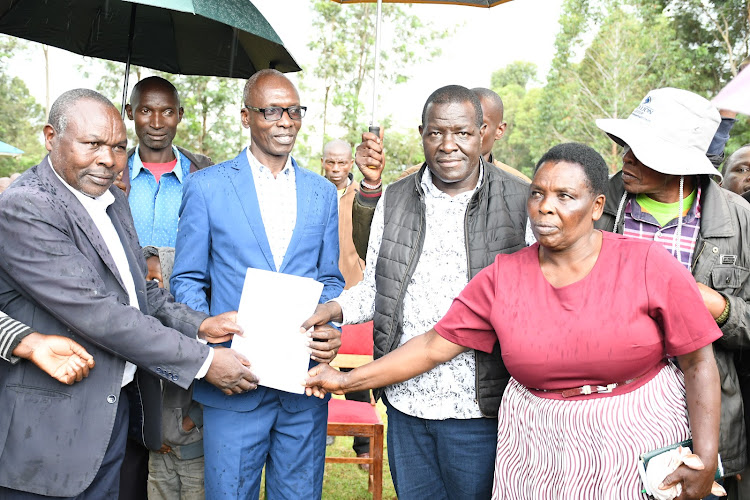 Kitutu Masaba MP Shadrack Mose has assured residents that Nyamira county will start its university towards the end of this year or early 2023.

Nyamira is the only county in the Nyanza region without a university.

Kisii University had earlier started a satellite campus in Nyamira, but was closed down a few years later following recommendations by the Commission of University Education and the Advisory Committee of the Eminent Persons.

Two of its campuses in Keroka and Nyamira towns were affected in the 2016 closure.

Mose, while speaking in his constituency on Tuesday when he issued development cheques to schools, said he was optimistic that DP William Ruto is going to form the next government and lobby for the university soon after election.

“We had put a request for Nyamira to be given its own university in the now outgoing Jubilee government but those efforts have not yielded any fruits," he said.

Mose further said the Nyamira leadership had agreed to work together to ensure more colleges and Technical and Vocational Education and Training institutions are started in the county to cater for the massive school leavers.

The number has been swelling due to the 100 per cent transition from primary to secondary schools.

“As Nyamira leadership, we are also pushing to see we have more TVETs to address the big numbers that leave secondary schools who don’t qualify to join public universities,” he said.

The legislator congratulated the 2021 KCSE exam candidates for putting the county in the country’s map for their impressive performance.

The aspirant and his running mate unveiled their campaign platform on Monday.
Counties
3 months ago

He will be running for a second term after taking over from his predecessor
Nyanza - Page 29
3 months ago
“WATCH: The latest videos from the Star”
by ALVIN RATEMO Correspondent, Nyamira
Nyanza - Page 29
27 April 2022 - 22:00