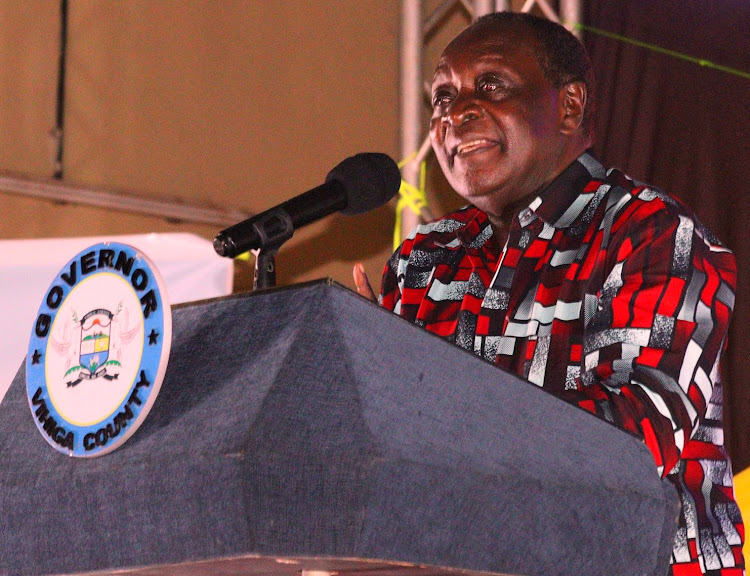 Vihiga Governor Wilber Ottichilo has said the entry of former National Assembly Speaker Kenneth Marende in the governor race does not threaten his bid to retain his seat.

He said everybody is free to contest for any seat and exercise their democratic right.

But the governor said Marende's move to seek the county top position is a step backward in terms of his political growth.

"The former Speaker is welcome into the race, but with his experience as Speaker at the National Assembly it would be better for him to focus on national politics," Ottichilo said.

"If were him I could have focussed on clinching a Cabinet position in Raila Odinga's government that will be formed after August 9 polls."

Ottichillo said he is the incumbent and is focusing on how to retain his seat and not who is in the race to unseat him.

The governor is facing political heavyweights who are angling to unseat him and he is banking on his development track record to retain his seat .

However, the entry of Marende in the race finally complicates the matrix as there will be no aspirant banking on his vote bloc.

The Tiriki bloc which has about 82,000 votes will be split between Khaniri and Deputy Governor Patrick Saisi, who is also contesting.

Maragoli bloc, which has 121,000 votes will be split between Akaranga,  Agoi and former county secretary Francis Ominde.

While the Bunyore bloc which has 101, 000 votes will be split between Marende and Ottichilo.

He will be banking on his political experience as MP for Emuhaya and former Speaker.
Counties
2 months ago
“WATCH: The latest videos from the Star”
by MARTIN OMBIMA @OmbimaPatrick
Nyanza - Page 29
27 April 2022 - 22:00