•Pesticides received from the national government have been swiftly given to farmers to spray in their farms with the help of experts.

•The worms, which was reported two weeks ago, have destroyed more than 10,000 acres of maize, sorghum, rice and pasture land. 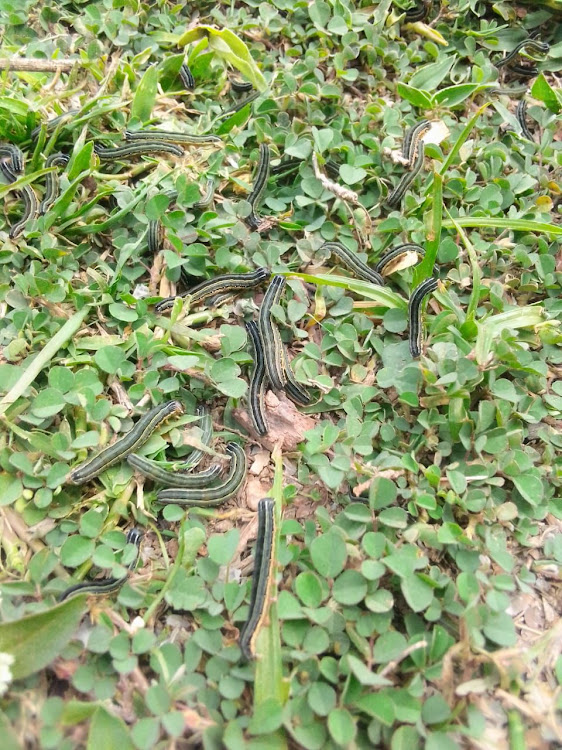 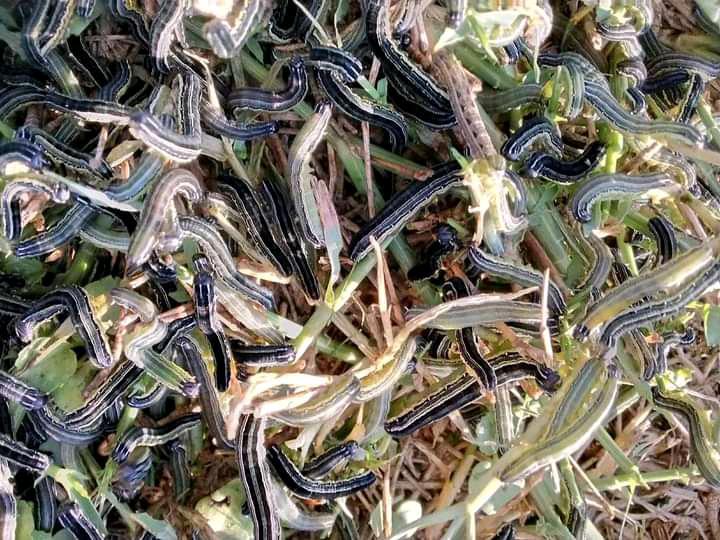 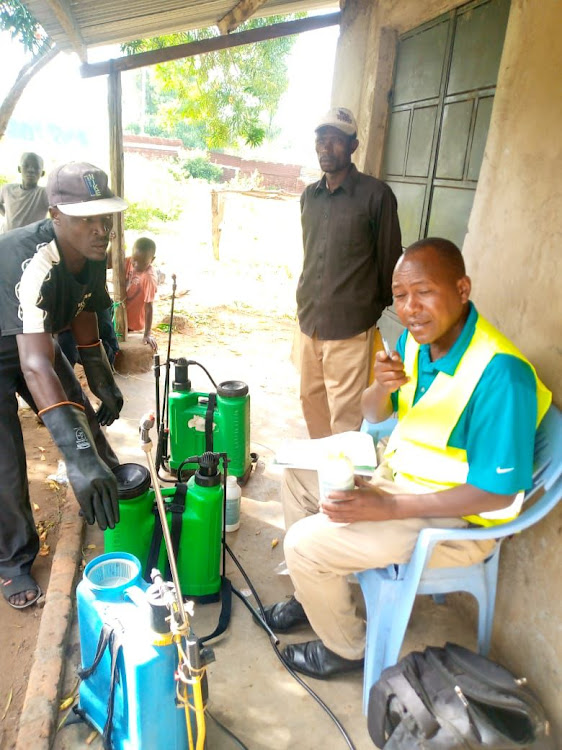 The Kisumu government has distributed assorted pesticides and chemicals to help farmers fight armyworms which have invaded thousands of acres of farms in the county.

County agriculture and livestock executive Gilchrist Okuom said the pesticides received from the national government have been given to farmers to spray in their farms with the help of experts.

The chemicals, spray equipment and kits received from Kilimo House are used for control of both African and Fall armyworms. The chemicals include rapid, appeal, alpha and deltamethrin.

The worms, which was reported two weeks ago, have destroyed more than 10,000 acres of maize, sorghum, rice and pasture land.

Okuom  on Wednesday said the worms have affected crops and livestock in Muhoroni, Nyakach, Nyando, Kisumu East, Kisumu West and Seme subcounties among others.

He said the armyworms invasion was transboundary as it was also reported in the neighbouring counties.

He said a collective effort is now required to reduce further spread of the worms.

The affected subcounties are staring at imminent hunger as the food security situation is threatened, Okuom said.

The executive said they have put in place measures to help control the invasion after convening an emergency meeting of subcounty administrators and agricultural specialists.

“We have also created awareness over the armyworm invasion in local radio stations to enable farmers know the best ways they can use to fight them,” Okuom said.

The invasion has affected the entire Western Kenya region with Muhoroni, Nyando and Nyakach subcounties being the most affected.

According to Okuom, over 10,000 acres of maize, sorghum and pasture land have been invaded.

“We have also bought chemicals and pesticides to help contain the armyworms in the affected areas,” he added.

Okuom said it was estimated that more than 400,000 households in the subcounties among other areas, have been massively affected by the invasion.

He appealed to the national government to help spearhead mitigation measures through resource mobilisation, including from other development partners.

He said the county was working in collaboration with concerned parties to deal with the outbreak in Kisumu.

“We are appealing to farmers to take bold steps in fighting the worms by buying the recommended pesticides from designated agrovets for use," Okuom said.

"Farmers should not wait for intervention from the county and national governments to act.”

The agriculture and livestock executive said Kisumu faces hunger if prompt and urgent action is not taken.

He said the cost of farm produce will drastically increase due to the invasion.

Okuom said they have also trained volunteers and farmers in all the 35 wards on the best ways to control further spread of the worms.

MP Mabonga has asked the county government to distribute pesticides to farmers.
News - Page 1
2 months ago

The pests have invaded more than 9,884 acres across the county.
Counties
2 months ago

Without pesticides, we'll be overrun by invasive worms – farmers

Kenya faces high burden of invasive alien plant and pest species and low use of chemicals to control them
News
5 months ago
“WATCH: The latest videos from the Star”
by MAURICE ALAL Correspondent, Nyanza Region
Nyanza - Page 29
14 April 2022 - 22:00