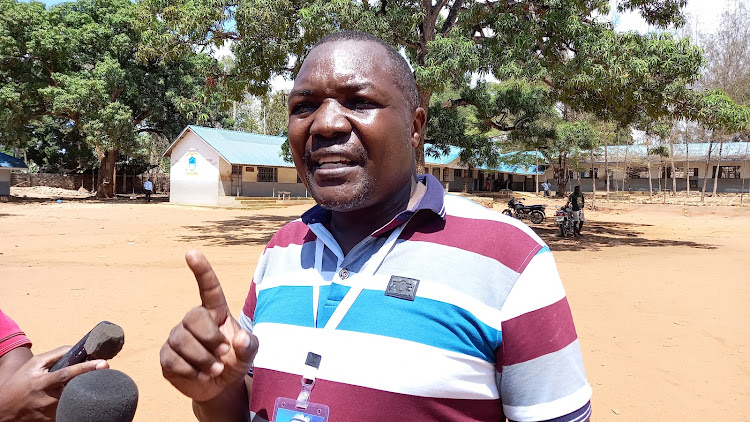 ODM leaders in Kwale have cried foul over the issuance of direct tickets in the ongoing party primaries.

Led by county ODM acting chairperson Shaban Luchesi, the leaders said there was dishonesty in allocation of tickets.

"The is unfairness because we expected the party would consider the die-hard members but settled for newcomers contrary to what we hoped for," he said.

The acting chairperson questioned why governor aspirant Agnes Zani was not considered despite being the party's deputy secretary general.

Zani was to lock horns with Hamadi Boga, Sammy Ruwa and Chai Lung'anzi for the party ticket.

But the party decided to give Boga a direct ticket based on popularity.

According to Kwale ODM organising secretary James Nyakiti, the party conducted a survey that showed Boga was the most preferred aspirant.

Ruwa joined the Pamoja African Alliance after realising Boga had been chosen.

Lung'anzi is believed to have also joined PAA but he has not come out  to clarify it.

Luchesi criticised the party's action of showing interest in certain individuals and alienating others.

He said if leaders like Edwin Sifuna and Junet Mohammed were assured of direct tickets why couldn't it be done for Zani.

The official said the direct party issuance has brought a lot of controversy among the party members and ODM supporters are angry about it.

Luchesi also alleged that the three ODM governor aspirants didn't reach a consensus on who to be the party flagbearer. He said the party decided on its own and prioritised Boga.

"Zani was not engaged in the talks when the party was making decisions which is very unfortunate," he said.

However, Nyakiti denied all the accusations saying everyone was involved and willingly chose Boga.

"I remember very well discussing the matter with them. As a coordinator I accompanied aspirants to Nairobi and we were all in agreement," he said.

Nyakiti said the party was fair enough and there is transparency in the primaries.

He said the party would have loved if all aspirants went through the nominations but they(aspirants) feared and some left voluntary.

Gladys Wanga, Fernandez Barasa among those already given direct tickets
News
4 months ago

They warn the move will cause enmity and division among party members.
Counties
4 months ago

Aspirant’s loyalists have insisted that their candidate is the most popular
Counties
4 months ago
“WATCH: The latest videos from the Star”
by SHABAN OMAR
News- Page 2
04 April 2022 - 23:00