•He pledged to seal all corruption loopholes in the country. 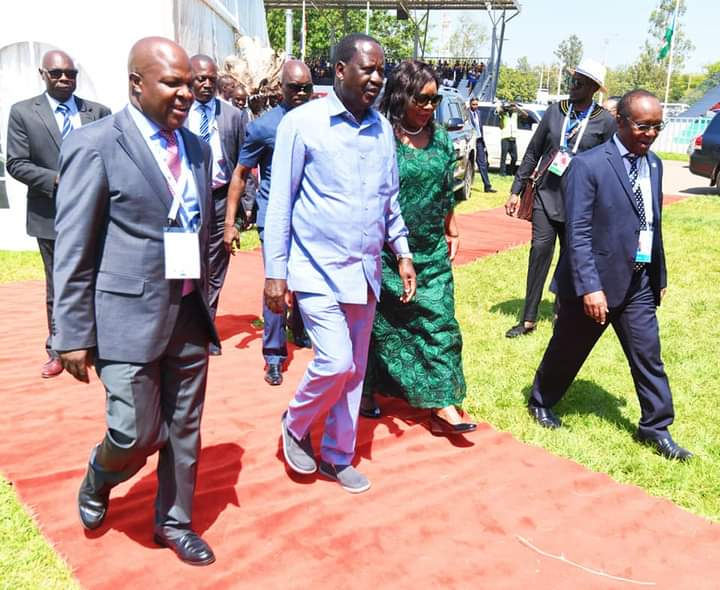 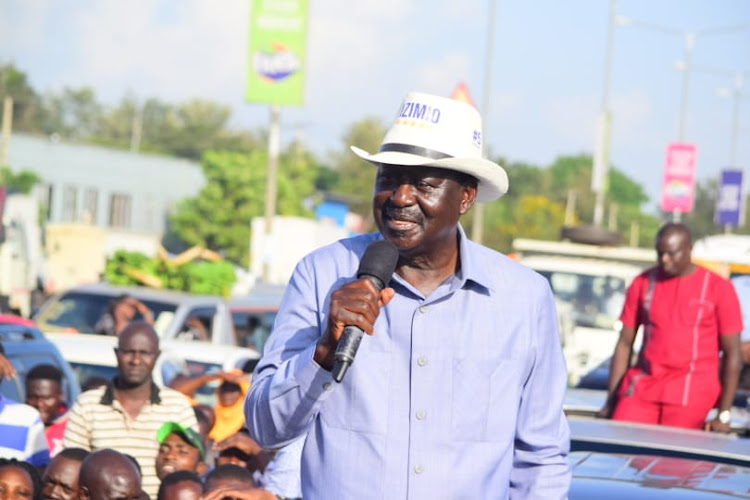 Azimio presidential flag bearer Raila Odinga during his visit in Kisumu. He made stopovers in Ahero, Nyamasaria and Kondele to drum up support for his bid on Tuesday
Image: Handout Azimio presidential flag bearer Raila Odinga during his visit in Kisumu. He made stopovers in Ahero, Nyamasaria and Kondele to drum up support for his bid on Tuesday
Image: Handout

Azimio presidential flag bearer Raila Odinga has said he is focused on bringing economic liberation to save Kenyans from the burden of high cost of living.

Raila, who visited Kisumu after picking Narc Kenya Martha Karua as his running mate on Monday, said high taxes and basic commodity prices have a negative impact on citizens.

He drummed up support for his presidential bid in Ahero, Nyamasaria and Kondele.

He will face off with Deputy President William Ruto in the August 9 general elections. The DP on Sunday named Mathira MP Rigathi Gachagua as his running mate.

He told Kenya Kwanza to stop worrying about how he will fund his development pledges to Kenyans.

“I have been the Prime Minister and I know where there is money to implement my presidential plan. I know the loopholes where public funds get lost,” he said.

Raila promised to seal all corruption loopholes and ensure public funds are not misused.

“The President wanted to come and greet the people of Ahero but due to unavoidable circumstances he rushed to Mombasa. He has passed his regards to you,” he said.

Raila chided the Ruto-led team, saying they have been making empty promises to Kenyans instead of offering solutions to problems the country is facing.

Once again, Raila questioned the source of money that Ruto has been dishing out in harambees.

"In a month he dishes out Sh100 million yet his salary is less than Sh2 million. Where is the source of this money, if not public funds?" he posed.

Raila said the difference between Azimio and the Kenya Kwanza Alliance is like darkness and light.

"For Azimio, we are determined to address development by first tackling illiteracy, poverty and disease,” he said.

He said his government will ensure equal opportunity for all Kenyan children in education and jobs. “Kenyans do not want to push wheelbarrows but decent jobs," Raila said.

Raila said through economic liberation, Kenyans will be able to fight poverty, illiteracy, disease and unemployment.

To alleviate the challenges facing the jua kali sector, he said they will put up a proper shade and traders given funds to run their businesses. He said the sector has employed more than 16.4 million Kenyans.

Apart from addressing issues of decent worksites and more operating space, Raila said it is critical to recognise and reward them with recognition for the skills they possess.

He reiterated his promise to create a special fund to mitigate the economic hardships of single-parent families if elected president.

Raila said his government is committed to ensure children from such families do not face hardship.

Raila unveiled Martha Karua as his running mate on Monday.
News
1 month ago

Karua expressed commitment to working with Raila in delivering a prosperous Kenya.
News
1 month ago
“WATCH: The latest videos from the Star”
by MAURICE ALAL Correspondent, Nyanza Region
News - Page 7
17 May 2022 - 23:00