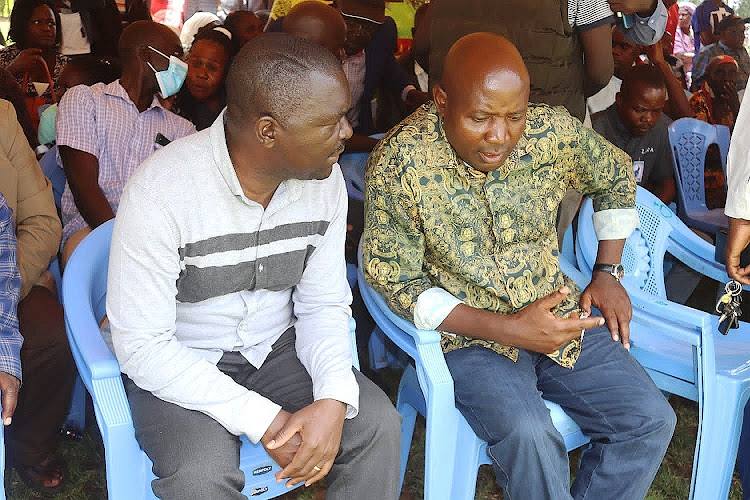 Lugari MP Ayub Savula has dismissed as propaganda claims that he is set to drop out of the Kakamega governor race to back ODM candidate Fernandez Barasa.

There have been claims on social media that the DAP-K candidate had agreed to withdraw from the race to become Barasa's deputy.

But Savula on Monday said he was in the race to the end. He termed as untrue reports that he was being pushed to drop from the race in favour of the former Ketraco chief executive.

Barasa was handed a direct nomination by ODM. Both ODM and DAP-K are affiliate parties in the Azimio la Umoja One Kenya Coalition.

The social media reports indicated Savula was under intense pressure from top Azimio One Kenya leadership to accept to be Barasa’s deputy in the August polls.

“Let those dreaming that I will withdraw from the race continue day dreaming. I joined this race because I am clear in my mind what I want to do for the people of Kakamega,” Savula told the Star on the phone on Tuesday.

Savula who is the DAP-K deputy party leader said he will pick his running mate from Mumias.

He said he will unveil his running mate when he officially launches his governorship bid in three weeks.

He said those wishing him to leave the race should instead quit the race or prepare to face him.  “I am ready and prepared to face anyone and win the race.”

The race for control of Kakamega is critical to both Azimio One Kenya and Kenya Kwanza, the county being the epicenter of Luhya politics.

Malala has picked Dr Beatrice Inyangala from Malava as his running mate while Barasa has named Vincent Mugabe from Likuyani as his deputy.

Regional balance, sub dialect competitions, party affiliation and money are some of the factors that will inform the outcome of the race.

Says some learners have dropped out of school because their parents cannot pay for meals
News
1 month ago
“WATCH: The latest videos from the Star”
by HILTON OTENYO Correspondent, Western Region
News - Page 1
10 May 2022 - 22:00