At least 71 have been cleared to run for governor 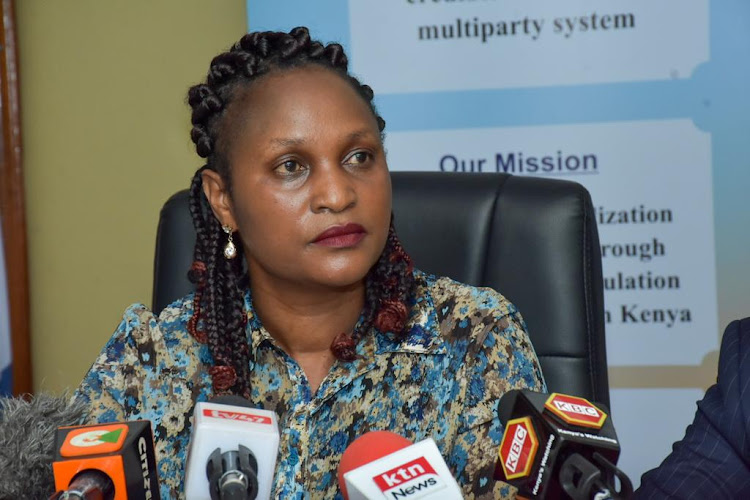 The list of aspirants eyeing elective seats as independent candidates continues to surge after 10 politicians were cleared to run for president on individual sponsorship.

Although their names were not immediately made available, they are expected to face main contenders, Deputy President William Ruto (UDA) and Raila Odinga (Azimio).

From a list of 900 applicants three weeks ago, the number of aspirants seeking to run as independent candidates for various seats has risen to 5,471.

The Registrar of Political Parties has approved 71 aspirants seeking gubernatorial seats to run as independents on the August 9 general election.

At least 800 others have been cleared for Member of the National Assembly seats, while 148 are seeking to be woman representatives.

More than 4,000 will fly the independent flag for MCA seats.

The number is, however, expected to grow as aspirants rush to beat the May 2 deadline.

The number of those pursuing the independent route is projected to hit 10,000 by Tuesday next week.

On Wednesday, Registrar of Political Parties Ann Nderitu attributed the high number of politicians seeking to run as independent candidates to the culture of failure to accept primaries outcomes.

“Once we embrace nominations outcome, then we will witness a drastic reduction in the number of people seeking to run as independent candidates,” she told the Star.

“The numbers will rise because we will work over the weekend and public holidays to serve Kenyans,” Nderitu said.

The high number has also been witnessed because of the ORPP's move to migrate applications and clearance to a digital platform.

“It is up to Kenyans to go to the system which is available online. The process takes a day and within 24 hours you can pick your certificate at the registrar’s office,” Nderitu said.

With Kenyans set for a five-day 'weekend' packed with public holidays until next Wednesday, the registrar's office is set to burn the midnight oil to process the applications.

The state has declared Friday, April 29 as a public holiday for the state funeral for former President Mwai Kibaki while Monday, May 2 will be a spillover for Labour Day.

The Political Parties Act gives candidates a 10 day-window to seek clearance to run as independent candidates after party primaries, which were concluded on April 22.

There are fears that some independents may give main political parties a run for their money.

In the 2017 polls, the Registrar of Parties cleared 4,950 aspirants to run as independent candidates, including two presidential candidates.

In the National Assembly there are 13 constituency independent MPs and one woman representative. There is one senator elected as an independent candidate.

The 2010 Constitution introduced independent candidacy in the general election.

Over 5,000 aspirants to vie as independents

The number is expected to rise, amid claims of bungled party nominations
News - Page 7
7 months ago

Political bases that were obsessed with party and following political godheads are beginning to doubt the value of unexamined loyalty.
Opinion
7 months ago