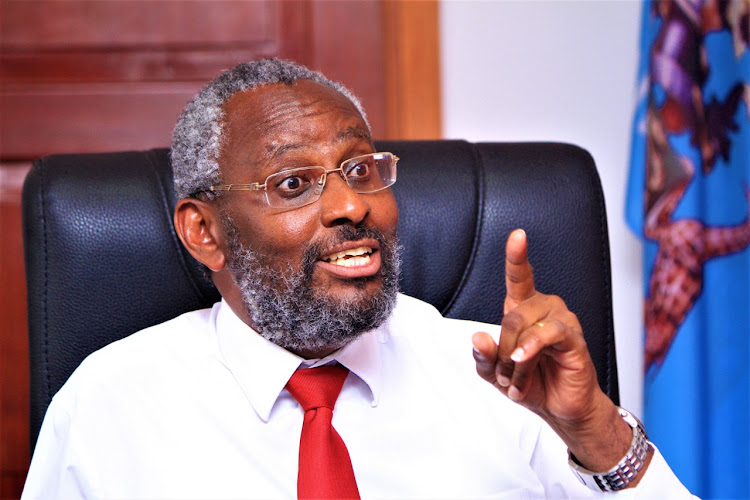 SOME ARE CONCLUDED: UoN vice chancellor Stephen Kiama during an interview at UoN Towers on October 29.
Image: EZEKIEL AMING'A

He said the reforms are meant to get the institution back to financial stability and regain its glory.

The reforms had stirred lots of reactions from stakeholders, parents and students.

The reforms were inspired by the long-term interest of the university and its students, lecturers and support staff.

Kiama said some of the reform agendas had been concluded.

They are curriculum review, governance and financial reforms, while data-driven management is at an advanced stage.

He spoke on Wednesday during the institution performance awards at the university where top-performing staff and departments were recognised.

During the awards, the corporate department scooped the second-best award after the audit department.

“Sustaining this momentum of reforms requires motivated staff, with the engagement of staff on the course the university has taken,” Kiama said.

UoN chief operations officer Brian Ouma commended the VC for the reforms which he said could not be included in the performance awards.

“On our behalf, we appreciate your strong leadership that has often shielded the university from aggression,” Ouma said.

He described Kiama's decisions as milestones for reduced opportunities for backbiting and witch hunt, allowing divergent voices to be heard.

“In such an environment, excellence is cultivated and with it ample room for fledgling stars to shine and realise their optimal potential,” he said.

The changes by the university council touched on the reorganisation of the administrative structure, including abolishing 24 colleges, from 35 to 11.

Students can choose to participate as individuals or as teams with a maximum of 5 participants.
Business
9 months ago

Kiama while speaking during the interfaith UoN prayer day said 2022 is a year of transformation.
News
10 months ago

Each resident student will receive Sh2.1 to Sh2.3 million per year; plus living expenses stipend.
News
10 months ago