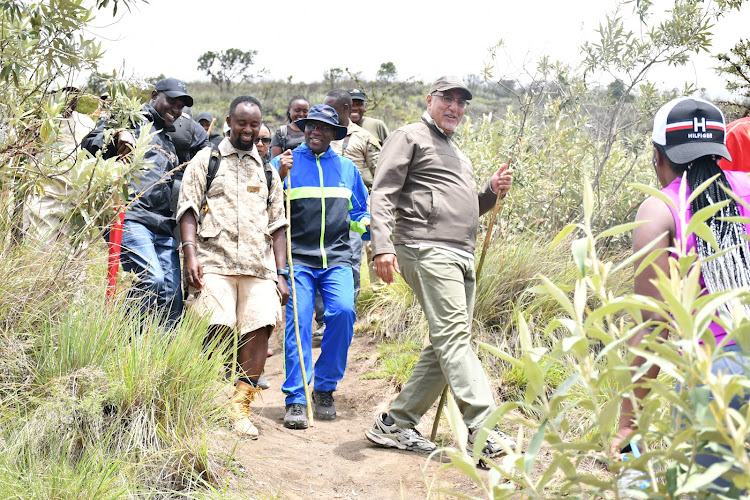 Despite past opposition from stakeholders to a similar project in the park, the wildlife agency has said safety and conservation concerns would be addressed.

Five years ago, Kenya Wildlife Services stopped the construction of a zip-line from the crater to Hells Gate National Park after environmentalists raised concern over its sustainability.

Tourism CS Najib Balala said the venture was viable and would help the park generate income.

Balala asked KWS officials to hasten the process, noting that such experience was only witnessed in South Africa.

“We are keen to launch a cable car and a zip line across this major crater and this will be a major tourist attraction site in the world,” he said.

Balala, however, called on KWS to make sure that the issue of conservation and safety was fully addressed before the project is launched.

The CS addressed the press after leading a team of visitors to hike Mt Longonot, which attracts over 60,000 visitors every year.

He said that the ministry was keen to make sure that the number rose higher, adding that in the last three months over 17,000 people had visited the park.

“There is so much untapped potential in this park and we have to use such opportunities to sell this park to more visitors so that revenue can also increase,” he said.

Balala said next week the team would be hiking Mt Kenya as part of selling it as a tourist destination and raising funds for conservation.

He said several companies had partnered with the ministry in the exercise in visiting the national heritage sites that attracted over 26,000 visitors last year.

“We shall use the opportunity to showcase what Mt Kenya has to offer but also raise funds towards conservation of the popular park,” he said.

KWS director-general John Waweru said they were keen to increase the number of visitors to Mt Longonot by providing new attractions.

“We are impressed by the number of local tourists who are visiting this park every month and we are working to see the numbers of international visitors also rise in the coming days,” he said.