Says it could drive more youth into addiction, leading to a crisis. 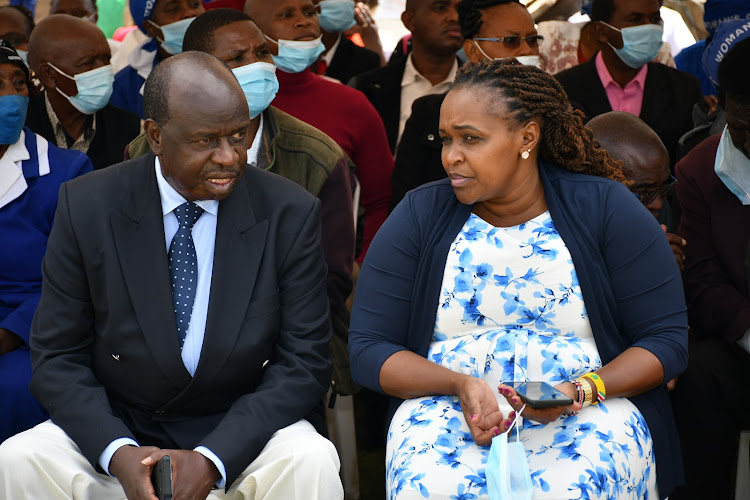 Mututho said the proposal is baseless and lacks supporting evidence that bhang could spur the country’s economy.

The former Nacada boss, who is seeking the Nakuru Senate seat, spoke in Naivasha on Monday.

In the last couple of weeks, Wajackoyah has been promising to legalise bhang growing, if elected.

He said the trade could free the country from international loans.

Wajackoyah says medicinal bhang in the international market is very lucrative and could earn the country billions yearly.

However, Mututho said countries like Jamaica, Uruguay and Costa Rica where bhang is legalised are facing harsh financial times.

He said bhang growing will not revamp the country’s economy but drive more youths into addiction, leading to a crisis.

“The idea by Wajackoyah on legalising bhang is pure lies. No country in the world has financially gained from the illegal crop,” Mututho said.

The former Nacada boss also said the legalised bhang in Europe is weaker, compared to the local species.

“I have a rehabilitation centre where majority of patients have been affected by smoking bhang and we should not legalise this,” he said.

Mututho further attributed the shortage of fertiliser to some cartels who were creating an artificial shortage.

He said the artificial shortage has had led to low production and a drop in maize harvest, benefiting the traders who import duty free maize.

“The current food and economic crisis is caused by poor management coupled by graft within government institutions,” Mututho said.

The candidate also termed the issue on fake degrees as serious, saying all those involved should be blocked from election.

He proposed that in future aspirants should deposit their academic documents with the Independent Electoral and Boundaries Commission months to the election, to give them ample time for vetting.

Veteran politician Koigi Wamwere is in the race for Nakuru senator.
R.Valley - Page 30
3 months ago

They said it's unfortunate that some leaders are proposing immoral and unethical policies.
News
3 months ago

Wajackoyah's plan for Kenya if elected

He is one of the four who IEBC gave a nod to vie for the top seat in August polls.
News
3 months ago