• Waluke said he is ready to face his opponents. Waluke is seeking reelection on the Jubilee party ticket. 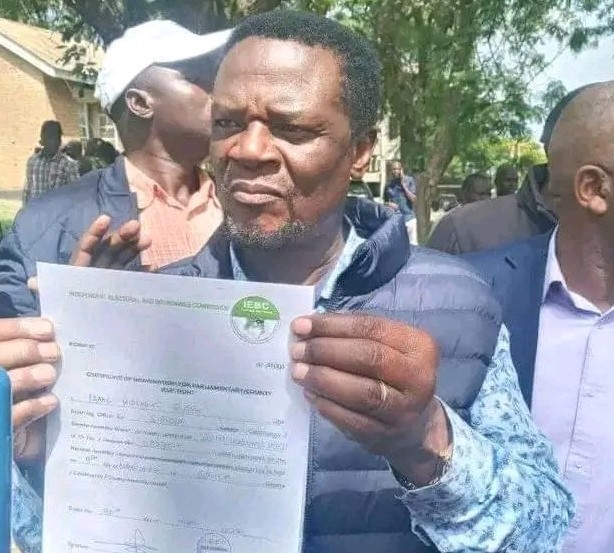 Sirisia MP John Waluke after he was cleared by the IEBC on May 31, 2022.
Image: TONY WAFULA

Sirisia MP John Waluke and his Kimilili counterpart Didmus Barasa have been cleared by IEBC to defend their seats in August.

“Today is a historic day because my opponents thought I won’t be cleared to run for the Sirisia MP seat. I'm in the race and nobody will defeat me at the ballot,” Waluke said.

He spoke at the IEBC offices in Sirisia after he was cleared on Tuesday.

Waluke said he is ready to face his opponents. Waluke is seeking reelection on the Jubilee Party ticket.

The MP is fighting for reelection despite conviction in Sh298 million graft case. He lodged an appeal and was released on bond.

Last week, police questioned Barasa over the use of a government vehicle in his political campaigns.

This is after one of the constituency's National Government Constituency Development Fund motor vehicles was found branded with UDA colours and logo.

He presented himself before the police on Tuesday evening and spent hours explaining how and why he changed the details of the four-wheel drive car.

Barasa did not respond to our queries. His handlers said he was busy in campaigns in the area.
News
8 months ago

Police say his photo and that of Ruto were also affixed on the vehicle.
News
8 months ago