Kenha boss fights to retain job after petition to remove him

In Summary
by JULIUS OTIENO Journalist, Political and Parliamentary Reporter
News - Page 8
18 May 2022 - 23:00 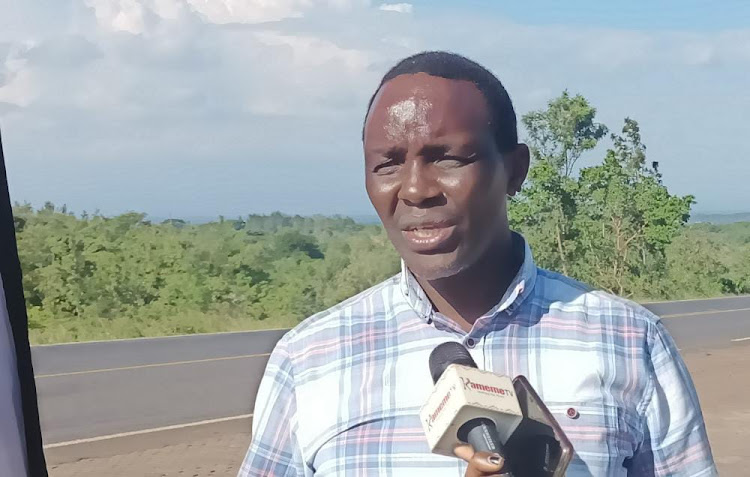 Kenha board chairman Wangai Ndirangu is fighting for his job after a petition was filed to remove him on grounds that his appointment breached the law.

Balla, through Adera and Kenyatta Advocates, said Ndirangu was already a public officer at the time he was appointed.

“Kindly take notice that our firm and irrevocable instructions is to demand, as we hereby do, the immediate revocation of the appointment of Ndirangu to the Board of Kenha,” the petition reads.

The petitioner said Ndirangu was a lecturer at the Jomo Kenyatta University of Agriculture and Technology, making him a public officer.

“Our client, as a concerned member of the public, has been shocked to learn that Ndirangu was and is still employed by JKUAT, a public institution, in its civil engineering department.

“This makes him a public officer as defined by Section 2 of the Public Officer Ethics Act No.4 of 2022,” the petition reads.

But Ndirangu, in his defence filed by Solomon Mugo and Company Advocates, termed the bid to remove him from the seat as selective and discriminative assault on him.

He said given that the Kenha job was temporary, he was only required to take a leave of absence from his lecturer job and not resign as demanded by the petitioner.

“Bearing in mind that inter alia such appointments are not of a permanent nature, thereby only requiring the appointee, if a public officer, to only take leave of absence and not permanently resign from the nominating institution,” he said in the papers seen by the Star.

The chairman said the petition only seeks to disparage the president who is the appointing authority, the CS as the recommending authority and himself as the deserving appointee.

The defence document is dated April 4.

Ndirangu was appointed to the position by President Uhuru Kenyatta through a gazette notice dated November 22, 2019.

The Kenya Roads Act gives the president powers to appoint the board chair.

According to the petition, the law bars a public officer from being appointed as Kenha chairman and thus Ndirangu was not qualified to serve in the board.

"In fact, the law expressly bars his appointment to the board of Kenha," the petitioner said in the document dated March 24.

The petition was received by the CS and Kenha on the same day.

“It is the epitome of impunity and display of the utter disregard of the spirit and latter of the law, for a person that the law expressly bars from sitting in the Board of Kenha to be appointed as the chairman, and illegally serve since 2019 at the taxpayers’ expense,” the document states.

Balla, though his lawyers, threatened to move to the High Court to seek the revocation of Ndirangu’s appointment if the CS failed to act.

The roads agency is also on the spot over huge pending bills.
News
1 month ago

The 630 km corridor from Eldoret to Nadapal at the border of Kenya will be a crucial link to South Sudan.
InPictures
4 months ago

Tarmack roads to open up area, bring in business and development, provide jobs.
Counties
7 months ago

Kenha, Laikipia government in dispute over 3 acres in Nanyuki

Demolition of the perimeter wall stopped until a multi-sectoral team is set up to address the stalemate
News - Page 6
7 months ago
“WATCH: The latest videos from the Star”
by JULIUS OTIENO Journalist, Political and Parliamentary Reporter
News - Page 8
18 May 2022 - 23:00