Aspirant says the move is undemocratic and voters should be allowed to decide who the next senator will be.

•Dapash said such an idea will compromise the constitutional rights of the aspirants and the selection panel should rethink their stand on the matter. 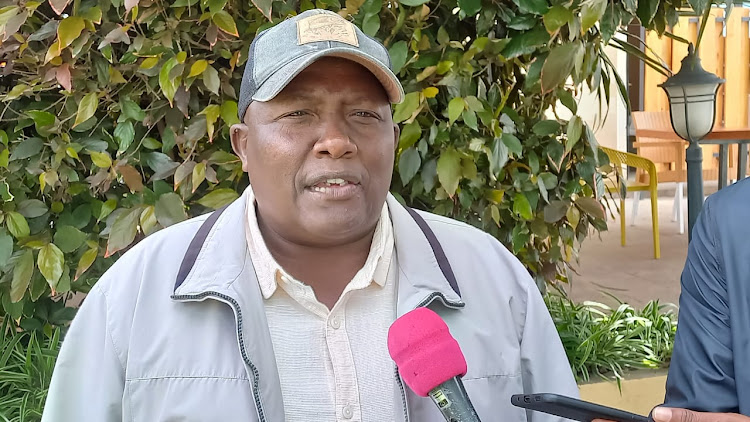 Narok Senator aspirant Meitamei Olol Dapash has said he will not attend the consensus interview by Azimio la Umoja team, on Monday.

Speaking in Narok on Friday, Dapash said calling for consensus among hopefuls seeking the seat is undemocratic and voters should be allowed to decide who the next senator will be.

Dapash said such an idea will compromise the constitutional rights of the aspirants and the selection panel should rethink their stand on the matter.

He said he will not bow out of the race saying he has spent three years and resources campaigning.

“The talks came too late and I will not be a party to that conversation. The people are pushing me to contest for the seat,” Dapash said.

He said the selection team has the right to conduct the interviews but they should consider the political ambitions of the aspirants who have sacrificed their energies wooing voters.

The aspirant said it is sad for few individuals to dictate on the leaders who should vie for political seats.

“The leaders should not be subjected to political competition because the people have trusted them. We need a democratic process by being given a mandate with the electorates,” he said.

Dapash said the panel failed to inform them of the method they will use in the selection of the best candidates.

“This indicates they want to eliminate the best and we will not accept,” he said.

He declared support for Azimio la Umoja presidential aspirant Raila Odinga saying he is the best place to lead the country.

The selection team had suggested that one candidate should be picked as a consensus candidate to face Narok Governor Samuel Tunai, who is flying the UDA flag.

Tompo, who is seeking to vie on an Orange ticket, said democratic process should be left to prevail
Counties
4 months ago
“WATCH: The latest videos from the Star”
by KIPLANGAT KIRUI Correspondent
News - Page 8
06 May 2022 - 23:00