Kalonzo camp dismisses the panel, saying it has no authority 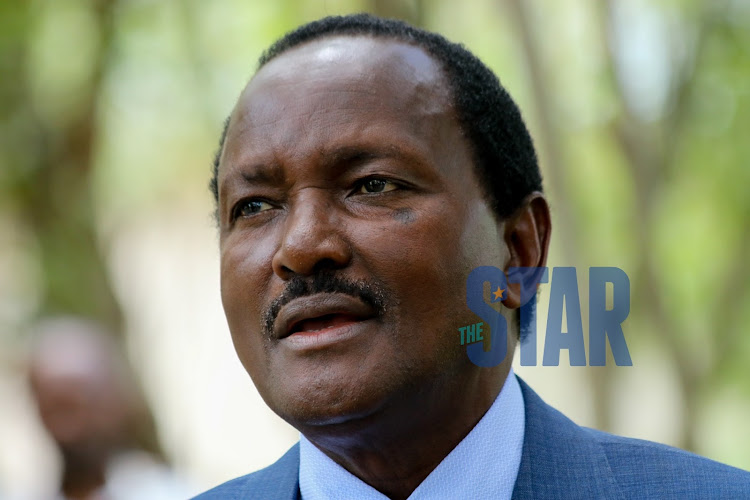 The seven-member panel tasked to pick Azimio presidential hopeful Raila Odinga’s running mate got down to business on Thursday, racing against time.

The team introduced on Wednesday had their first meeting on Thursday to set the house rules and elect a chairperson who will steer the team.

Picking Raila’s running mate remains the biggest hurdle in Azimio given the competing interests that threaten to make or break the jumbo coalition.

Panel secretary Elizabeth Meyo on Thursday told the Star the issue of logistics and criteria to be used in getting a suitable candidate for the running mate slot were discussed.

“We are starting our meeting on Thursday because of time. We will agree on the logistics and criteria, then we will have to contact the candidates,” Meyo told the Star on the phone

Wiper leader Kalonzo Musyoka's  camp has, however, dismissed the panel, saying it is biased against the Wiper boss who is represented only by Kitui Senator Enoch Wambua. He led the call, "No Kalonzo, no Raila."

Makueni MP Dan Maanzo,  a close Kalonzo confidant, said the former Vice President should not appear before the panel. He said Raila risks kissing the presidency goodbye  if he does not appoint Kalonzo his running mate.

“So you want Kalonzo to appear to be told to say his names as they appear in the ID? That is rubbish. My very honest advice to Kalonzo is that he should not apply.”

Maanzo, a lawyer, also questioned the authority of the panel, saying it is a waste of time.

The Star has however established that the team made up of representatives of the political parties will employ a combination of methods including interviews and scientific opinion polls to get Raila the most suitable running mate.

The panel will use both in-person interviews and opinion polls to gauge the popularity of the potential candidates and their likely contribution to the victory of the Azimio La Umoja One Kenya Alliance Coalition Party flag bearer.

However, regional balance will be a critical consideration.

“The pick must definitely add value to our presidential candidate in terms of numbers and he or she must be a national leader who is sellable across the country,” a highly placed source told the Star.

Sources aware of the happenings said the panel will open a small window for interested individuals to apply for consideration.

After subjecting the possible candidates to the vetting process, the panel will then forward names of two nominees to the presidential flag bearer for appointment.

The panel will engage at least two reputable pollsters to ascertain the most suitable individual amongst those who have expressed interests.

Already, the National Rainbow Coalition has submitted the name of its party leader Charity Ngilu for vetting and consideration as Raila Odinga's running mate.

Recent opinion polls have put former presidential candidate Peter Kenneth as the most preferred running mate for Raila followed by Kalonzo and Karua in that order.

His remarks come after Raila announced a 7-member panel to advise on his running mate pick.
News
9 months ago

The panel consist of the clergy and representatives of political parties.
News
9 months ago

Says Wiper leader should accept to work with Raila in any other capacity or leave.
Western - Page 28
9 months ago

Is Kalonzo blackmailing Raila?
Poll of the day
9 months ago

Kalonzo said his combination with Raila is a sure way to the presidency.
News
9 months ago