Housing costs down by over 50 percent - PS 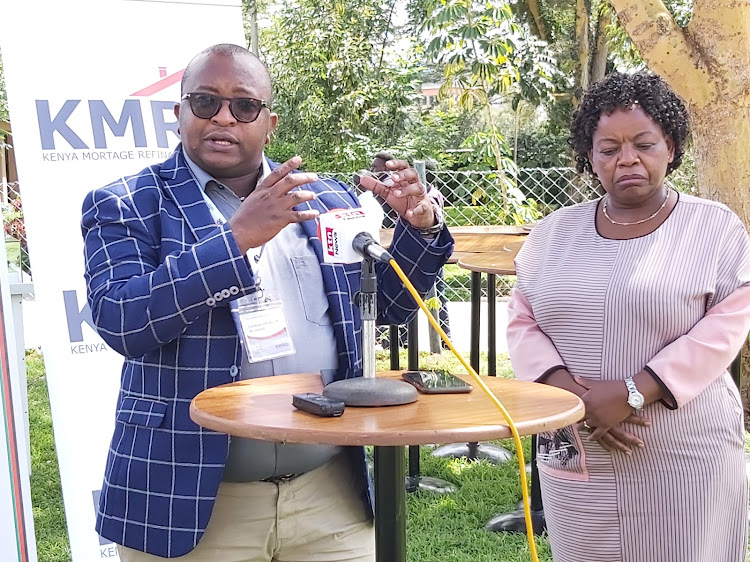 Housing The PS for Housing and Urban Development Charles Hinga flanked by the Chief Government valuer Jacinta Mutua address the press in Naivasha on 9/12-21 during a conference on the mortgage sector in Lake Naivasha Resort. He said that the cost of construction had dropped by over 300 percent in the last four years.
Image: George Murage

Housing prices in major towns dropped by more that 50 per cent in the last four years due to oversupply, according to Housing Principal secretary Charles Hinga.

He attributed this to the drop in construction cost by more than 300 percent over the same period.

This, he said, has seen a rise in the construction of more houses in major towns leading to an oversupply thus pushing down the prices of houses in Nairobi.

“The cost of construction has dropped by over 300 percent while the cost of houses has dropped from Sh11m to around Sh5m per unit,” he said.

Hinga said that the housing sector continues to be one of the fastest rising in the country, currently contributing 11.9 to the GDP from 7.5 percent in 2019.

He however decried the low mortgage uptake in the country which he attributed to the poor-loan-mentality among Kenyans.

“Despite the government creating a conducive environment for the mortgage market, there is poor uptake among Kenyans with the country recording 25,000 cases every year,” he said.

He termed the ongoing affordable housing project between the State and private entrepreneurs as a game changer in resolving the perennial house shortage in the country.

“For years, figures have indicated that the country has a shortage of 200,000 housing units every year but this has changed with more affordable houses coming up every day,” he said.

Hinga was addressing the press on the sidelines of the ongoing conference for stakeholders in the mortgage sector at Lake Naivasha Resort.

“Despite the challenges we have seen interest rates on mortgage drop from 14 to nine percent and we are working with Saccos to also offer the mortgage services,” he said.

Chief Government valuer Jacinta Mutua said that the Lands ministry is determined to digitise all its services as part of making the affordable housing programme a success.

“Title deed is everything in terms of land ownership and we have introduced sectional property titles that will make it easier for apartment owners to pay their rates,” she said.

Post a comment
WATCH: The latest videos from the Star
by GEORGE MURAGE CORRESPONDENT
Business - Page 14
09 December 2021 - 16:00
Read The E-Paper