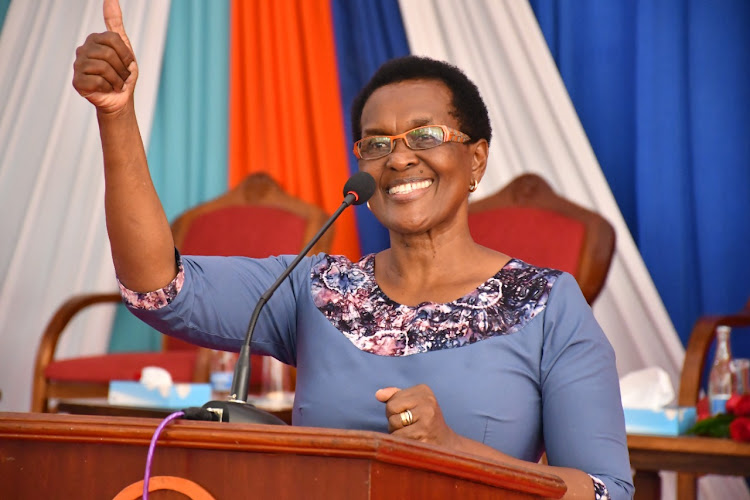 The International Maritime Organisation is hunting for a new secretary general and it would be interesting if a Kenyan bagged the slot.

The IMO is a specialised agency of the United Nations established following agreement at a UN conference held in Geneva in 1948 and is responsible for regulating shipping.

It’s responsible for developing and adopting measures to improve the safety and security of international shipping and to prevent pollution from ships.

IMO, which initially focused on maritime safety and navigation, draws most of its mandate from the Sustainable Development Goal (SDG) 14 which requires countries to conserve and sustainably use the oceans, seas and marine resources for sustainable development.

It was formed after the world became more aware in the 1960s of the spillage of oil into the oceans and seas through accidents or as a result of poor operating practices.

Kenya’s Special Envoy on Maritime and Blue Economy, Ambassador Nancy Karigithu, the former Principal Secretary for Shipping and Maritime and pioneer Director General of the Kenya and Maritime would be best for the position.

She has what it takes for the position and Kenya and the rest of Africa will gain through global branding especially at these critical and unpredictable times in the maritime industry post COVID-19 pandemic.

With President William Ruto having already endorsed her candidature, it requires the country, including the media, to support her for the position in the hope that she will pursue a deliberate foreign policy agenda that is aimed at placing Kenya on the global map.

We need not only the position, but contribution and influence on global affairs, especially with much required of countries on adapting to the adverse climatic changes.

Kenya has prioritised climate change interventions and with complaints on how Africa is missing out on global commitments on climate change and related global issues, an African getting the position at the IOM will be a major boost.

Karigithu has been consistent in championing matters relating to climate change including the decarbonisation of shipping and greening the ports among other milestones.

The Ministry of Foreign Affairs must reach out to other countries for support in well-organised manner and develop a functional campaign strategy so that we get the position.

The strategy must appreciate global and regional politics and leave no room for blunders as the country stands to gain a lot in that position.

Major global powers use foreign relations and diplomacy to position themselves at vantage points in the economic, political and cultural order at the global level.

The West, led by the US and China, appreciate that to push their agenda onto the global arena and lobby to place their citizens into powerful strategic regional and global institutions, they must speak to them through the media.

The campaign must purposely include high-level use of both international and local media, foreign relations and diplomacy in positioning Kenya as the best candidate.

Foreign Affairs CS Alfred Mutua is expert in that- and I'm sure work is going on behind the scenes, and soon we will see results.

Karigithu currently sits on the Board of Governors of the World Maritime University (WMU) and the International Maritime Law Institute (IMLI).

She has wide experience in operational and policy management of maritime transport and logistics, maritime safety and security, maritime education and training and marine environment protection.

Karigithu recently championed the development and adoption of the Guidelines for the Prevention and Suppression of the Smuggling of Wildlife on Ships Engaged in International Maritime Traffic, which were adopted during the 46th Session of the IMO FAL Committee held in May 2022.

In her work with IMO, Karigithu has vigorously supported gender equality and championed the balance and integration of women in the maritime sector, and in this regard, was instrumental in setting up the Association of Women in the Maritime Sector in Eastern and Southern Africa (WOMESA).

She is the current Chair of the Steering Committee of the Maritime Technology Cooperation Committee for Africa (MTCC-Africa), an EU/IMO partnership set up to support capacity building programmes and activities on the reduction of Green-House Gas (GHG) emissions from the continents’ shipping sector.

Based on her dedication and service to the global maritime industry, IMO Member States elected her to chair the Technical Cooperation Committee (TCC) for three consecutive terms.

She is Kenya's special envoy for Blue Economy and Maritime Affairs.
News
1 month ago

Policies and regulations on climate change activities should be based on data and evidence,
Opinion
4 months ago
Post a comment
WATCH: The latest videos from the Star
by VICTOR BWIRE
Star Blogs
20 January 2023 - 20:58
Read The E-Paper