WILFRED MALOBA: The evolution of supply chain management in Kenya

The role of Procurement was purely transactional. 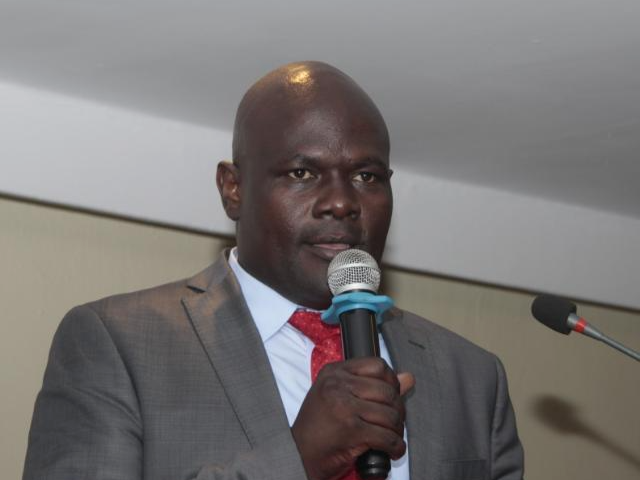 Public Procurement in Kenya has evolved from bumpy roads including traditional methods of buying, storing and issuing goods, works and services to a more advanced and vibrant regulated sector with several checks and balances.

The procurement system has grown from a rudimentary stage during the Colonial and Postcolonial periods to a vibrant and regulated system that compares well with international standards.

In the colonial era, the economy was arranged to serve the colonial masters where Kenya was convened into a cheap source of raw materials and manufactured goods were only imported from Great Britain.

To facilitate Procurement, the Crown Agents handled overseas purchases and Local buying was handled by the Ministry of Works through the department of the Supplies Branch.

This culminated in the establishment of the Government Supplies Branch which was tasked with the Central Procurement of Goods, Works and Services.

The role of Procurement was purely transactional. In 1974, the Central Tender Board (CTB) took over duties from the Crown Agents and was placed under the then Ministry of Finance.

Purchasing and supplies were largely guided by the Supplies Manual prepared by Crown Agents on behalf of the Government which was later commissioned in 1978.

The Manual was only used in the central government and was administered by the Head of Supplies Services (HSS) whose main responsibility was to ensure compliance and administration of the scheme of service for supplies personnel.

Due to inadequate institutional and legal frameworks, public procurement was faced with Inefficiency, Corruption and lack of Transparency and Accountability.

This prompted the need for a review of the entire public procurement system in Kenya.

In 1997, through the World Bank, the Government conducted a countrywide review of the public procurement system that detected reduced effectiveness of Public Financial Management; Government inability to deliver services effectively; obscure rules not based on fair competition and transparency rendering the system to abuse; and inadequate legal framework to enforce offences and sanctions in public procurement processes.

This Act established The Kenya Institute of Supplies Management - KISM, as the national body for supplies practitioners in Kenya.

The Act mandates the Institute to establish, monitor, improve and publish standards for supplies practitioners’ profession. Additionally, the Act establishes the Kenya Institute of Supplies Examination Board (KISEB), a body corporate, mandated to prescribe and regulate syllabuses for certification under the Act; and conduct examinations for Supplies Professionals.

The Constitution 2010 offered another milestone in SCM Profession because Article 227 provided a basis for the establishment of Public Procurement Policies built on Fairness, Equity, Transparency, Competition and Cost Effectiveness.

The Constitution underscores the strategic role of Procurement in Economic Development, which has now been amplified in the Public Procurement and Asset Disposal Act 2015 and Regulations 2020. Section 47 of the 2015 Act, provides that a Procurement Function shall be handled by Procurement Professionals whose qualifications are recognized in Kenya.

Further, Section 84 of PPADA, 2015 mandates the Head of the Procurement Function to review the tender evaluation reports and provide a signed Professional Opinion to the Accounting Officer.

The Government of Kenya, (legislative arm) provides a legal and regulatory framework for SCM operations. The National Treasury continues to support the Institute through the facilitation of policies that Professionalize Supply Chain Management.

Kenya Institute of Supplies Management - KISM was first established as an Association of Professionals in 1976 and registered under the Societies Act.

The Association transitioned to a National Body with the enactment of the SPMA in 2007.

This Act prohibits employers from employing unregistered and or unlicensed persons as supplies practitioners.

From its inception in 2007, there was an Interim Council that Spearheaded the operations of the Institute until January 2020 when the first elections were held and the inaugural Council was put in place. The three-year term expires in January 2023 and thus the second Council Elections will be held from Wednesday, January 11th, to January 13th, 2023.

The elections will be held online Nationally, by registered members of KISM.

Post a comment
WATCH: The latest videos from the Star
by WILFRED MALOBA
Star Blogs
28 December 2022 - 13:26
Read The E-Paper