KENNEDY LEGEND: The small worries keeping me awake at night

I worry a lot about many small things that people do.

•My constituency is vast and borderless. But unlike blood and flesh governors, I am not answerable to Members of Parliament or Members of County Assembly (MCAs).

•The only person who worries me is you, my reader. 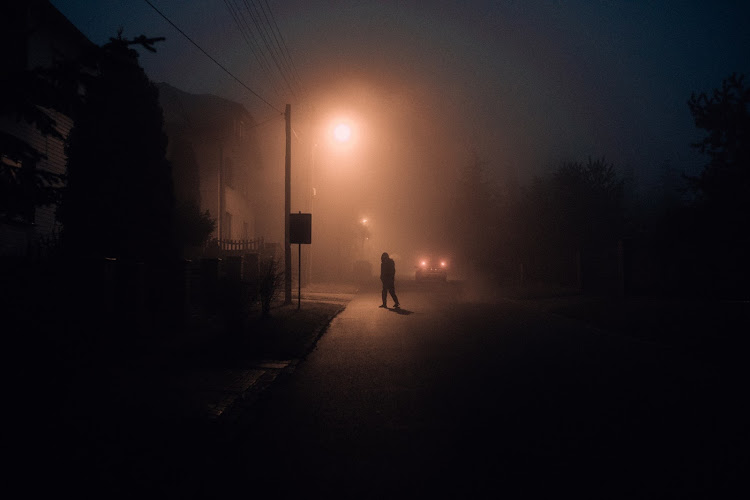 For the sake of introductions, I am the Kenyan Legend.

My constituency is vast and borderless. But unlike blood and flesh governors, I am not answerable to Members of Parliament or Members of County Assembly (MCAs).

The only person who worries me is you, my reader.

My only contribution to national development is to update people about my escapades.

I have been doing it by the roadsides but I now take up this space on this website.

I live in a small corner of Uthiru that is not bigger than Migingo island but has never decided if it is in Kiambu or Nairobi.

Incidentally, many people in Uthiru don’t know that I am one of Kenya’s most learned people.

This is because I have read the entire Moses series by Barbara Kimenye and senator Okiya Omtata’s play Voice of the People.

Currently, I am watching the Tom and Jerry cartoon series.

Besides giving legendary tales from my seafaring past and emceeing at local functions, I analyse political issues of the day.

I do this with my close Chama friends Rasta, Mandevu, Gachoroge and Cobra.

Every time I suppress my two underlying conditions of tonsillitis and laryngitis to a manageable level, I make my unprovoked speeches and declare that I only fear God, hot porridge and the American High Mobility Artillery Rocket System (HIMARS) that is assisting Ukrainians in their war with Russia.

These rockets have a range of 499 km and can be fired from Kongowea in Mombasa, come all the way to Uthiru and dispatch me to my maker.

My fear of the Covid-19 Pandemic has progressively diminished and I have begun shaking people’s hands.

This was after I gathered enough courage to go for the booster jab.

However, I still wear a mask and ask people to keep their distance from me.

But as the Kenyan Legend, I worry a lot about many small things that people do.

For example, I am concerned about this talk by men and women about getting their perceived freedom from each other.

There is a lot of hot air, wild goose chases and red herrings about this topic.

I cannot suppress my tonsillitis and laryngitis quietly at Gachuiri’s place without someone intruding into my thoughts with a pronouncement on this freedom.

“Your friend Rasta has finally gotten his freedom by ending his twenty years marriage!”

I no longer tune in to local FM radios because I don’t want to hear about this gender war.

It is often no holds barred as men and women air each other’s dirty linen in public.

Mostly, some clueless radio anchors stoke the fires to sustain the shows.

Away from relations, I am greatly worried by the sinister combination of certain adverts on televisions that broadcast in vernacular languages.

There is a wicked way by which adverts of “plot mafuta mafuta” (prime plots) are followed by commercials on male virility-boosting supplements and home-based medical care!

As one of the most learned Kenyans, I always stay awake, analysing the unspoken message in this tragic sequence of the adverts and pray for all men.

Let’s face it, If land-buying ventures don’t kill men, the temptation of going on a marathon in performance of conjugal rights, as promised in the virility adverts, will certainly do it.

So, while guys are thinking about where to borrow money for land investment comes the killer punch of virility remedies, that are marketed as natural substances.

The requisite software change in the brain from “plot mafuta mafuta” worries to thinking about matters of “elders of the burning spear” dispensation is not easy or instant.

The spiritual and bodily changeover may take hours and even days.

But the TV commercials coming immediately after the shamba adverts promise real roaring lions after swallowing some pills and herbs.

To worsen my evenings, some extra commercials about home-based care for people suffering chronic conditions such as recovery from stroke or a funeral services provider may complete the gloomy picture.

I worry a lot about such ominous adverts because they don’t augur well for the male gender.

It is hard enough just being a man.

These commercials are a picture of male killers of money stress followed by bedroom stress and possible home care and funeral services all in one stream.

To remedy this, I am collecting a million signatures so that I can petition parliament to outlaw any sequence of TV commercials that can make a man’s heart stop.

I will revisit this once another male killer of the hot air, red herrings and wild goose chases of the football world cup is over.

Post a comment
WATCH: The latest videos from the Star
by KENNEDY LEGEND
Star Blogs
27 November 2022 - 23:25
Read The E-Paper