• The reduction in government funding to the universities has in the past seen a shift of the burden on students in form of increased fees and accommodation prices.

• The UoN, for instance, recently increased the tuition fees for undergraduate government-sponsored students from Sh26,000 to Sh59,000. 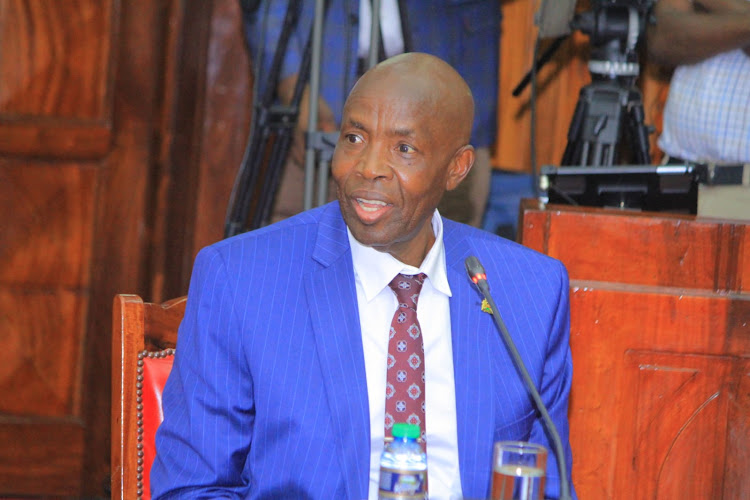 Education CS Ezekiel Machogu has left many people dumbfounded after making a statement pointing toward the government’s withdrawal of funding to public universities.

Most public universities are already in a financial crunch due to pending bills, KRA debts, unpaid part-time lecturers, and other unpaid utilities. Over the years, the government has significantly reduced its funding to universities, leaving a huge funding gap. The funding gap three years ago was at Sh13 billion compared to Sh27 billion in the last financial year.

The reduction in government funding to the universities has in the past seen a shift of the burden on students in form of increased fees and accommodation prices. The University of Nairobi, for instance, recently increased the tuition fees for undergraduate government-sponsored students from Sh26,000 to Sh59,000.

The accommodation fees were also increased by more than six times. A student joining UoN will now pay between Sh40,000 and Sh48,000 yearly for accommodation compared to an average of Sh6,000 two years ago. Other universities have followed this pattern or given an indication of doing so in the next few months.

Despite the reduction in funding, the University fund was able to release Sh12.6 billion this year to fund the undergraduate fees for the 145,145 students in the 2022 cohort. Averagely, this amounts to about Sh90,000 per student. Fully withdrawing this funding and not finding ways to generate it, would mean that a student at UoN will now have to part with more than Sh200,000 yearly to acquire an education.

History has demonstrated that government parastatals will settle for the easier option when faced with difficulties such as financial crises. This puts parents and students at risk of carrying the burden.

In the past, we have witnessed the government bailout parastatals such as Kenya Airways when faced with financial crises. Why hasn’t the government done the same to struggling universities such as Moi and Egerton?

Education, especially in this century, should be a priority and should receive the support that is required for maximum output. Instead of threatening to withdraw government funding, the government should focus on finding ways of bailing the struggling universities, even as they encourage them to seek alternative sources of funding.

In the face of the increasing cost of living, every stakeholder must do their part to keep the education sector going. The increased cost of education has already seen parents and guardians use every money they have to cater for extra fees at the expense of upkeep.

This has made many suffer due to missing meals or what they famously call ‘kuinama’ and any attempt to make education more expensive will worsen the situation. Machogu must therefore reconsider his statements or even better withdraw them in public.

UASU has faulted the Education CS over the pronouncement.
News
1 month ago

He said he will discuss with stakeholders on how to improve education standards.
News
1 month ago
Post a comment
WATCH: The latest videos from the Star
Star Blogs
07 November 2022 - 05:00
Read The E-Paper