JOHN MSINGO: Kenya’s new political dispensation, who will step up?

This vision has to start from somewhere.

• These tech giants want to use Kenya as a base for launching all their other operations in other African countries.

• The country that does this well will have positioned its people to be at the forefront in taking advantage of the numerous opportunities in the new sector. 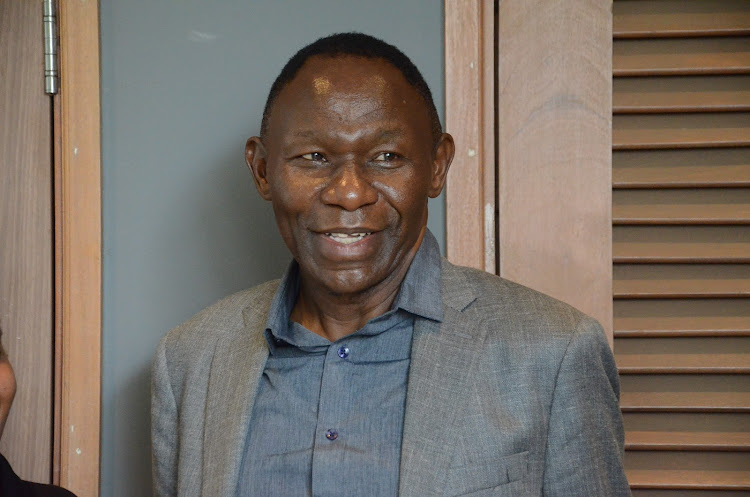 Kenya has seen a meteoric rise in its ICT sector making it among leading countries in the continent. How did this come to pass I wonder? My investigations on the subject kept bringing up one name, Dr. Bitange Ndemo.

The former Permanent secretary in the Ministry of Information Communication and Technology started working for the government in June 2005. Two years later, his dream of building an underground internet cable began to take shape. A private-public partnership which included Etisalat, a UAE telecommunications company that provided 15 per cent of the investment was formed. In June 2009, about 41 million Kenyans had access to the internet.

What did Kenyans do with all this access? They started companies that grew into regional powerhouses. A majority of infrastructure projects in the region go to Kenyan companies.

Furthermore, tech hubs were also formed. There are over forty tech hubs in the country. What’s more impressive, is that they are spread out in all major cities in the country. A big reason for this is, only four countries received 92 per cent of all funding for tech start-ups in Africa, and they include; Kenya, Egypt, South Africa, and Nigeria. These innovation hubs are gearing themselves to take advantage of these opportunities.

Another effect of Ndemo’s efforts is the coming of Google, Amazon, and Microsoft to Nairobi. These tech giants want to use Kenya as a base for launching all their other operations in other African countries. Depending on who you are, a fortunate or unfortunate consequence is the mopping up of top talent from existing established companies, hence starting a “tech talent war”. All I see are more opportunities for our young and talented workforce.

There are Kenyans out there who send a lot of money back home and God bless them, but this rise cannot only be attributed to them. Bright young Kenyans have taken to working online.

A report dubbed the “National Study on Digital and Digitally Enabled Work in Kenya” found that about 1,209,506 people roughly 5 per cent of the adult population in Kenya are digital workers. This number actually grew from 3 per cent the previous year in 2019.  Of this 5 per cent, the report further says that 31 per cent of them or 374,946 are in these jobs because of a lack of formal employment. I wonder what would happen if such opportunities were not there?

We are on the brink of one of the biggest technological shifts the world has ever seen, the age of renewable energy, specifically electric vehicles. What we are seeing is a new technology that has the potential to change every facet of our lives. The advantages of electric vehicles are many. From lower operating costs, and lower carbon emissions, to using less energy (especially now with the war in Ukraine) to run.  You are all welcome to learn more about these benefits on the 29th of this month at the Waterfront mall in Karen. Majority of all E-mobility companies in the region will be there.

The hindrance to E-mobility adoption is cost. A four-wheeler will cost roughly 2 times the cost of a comparative normal car. But let us just for a second imagine the possibilities 15 years from now.  Maybe Kenya will have setup multiple manufacturers of Electric vehicles and through AFTCA (Africa continental free trade area) will be exporting to the entire continent. Kenyan engineers will be building the electric charging network for most countries in East Africa. A number of battery recycling and manufacturing plants will be possibly set up in the country. In all these scenarios, all I see are jobs for our people and a lot of opportunities to bring wealth and prosperity.

This vision has to start from somewhere.  A good place would be to zero rate all electric cars and all components associated with them for at least 3-4 years. I know government does not like losing revenue but there are literally less than 1,000 EVs in the country as we speak. We have to give our people a chance to interact, use and finally master these new technologies.

The country that does this well will have positioned its people to be at the forefront in taking advantage of the numerous opportunities in the new sector.

In the words of Milton Friedman, nothing is as permanent as a temporary government program.  All the changes I stated earlier in the ICT sector have happened in less than 13 years with tremendous benefits to our people.

“History is not the past but a map of the past, drawn from a particular point of view, to be useful to the modern traveller.”

The question now is who our next visionary in the electric future will be. Who will be our next Dr Bitange Ndemo?

John Msingo is the Marketing Manager of Knights Energy Ltd. He is also a moderator of AfricaNEV – a nonprofit whose mission is to accelerate the adoption of EVs in Africa by policy advocacy, awareness creation and linking industry players in the value chain.

Post a comment
WATCH: The latest videos from the Star
by JOHN MSINGO
Star Blogs
26 October 2022 - 10:09
Read The E-Paper