I know that if we work together, my five suggested actions are within reach.

•This young, urban generation will lead our future, but half of them live in the challenging environment of informal settlements.

•Kenya has a chance now to support them, by building our society from the community, grassroots up. 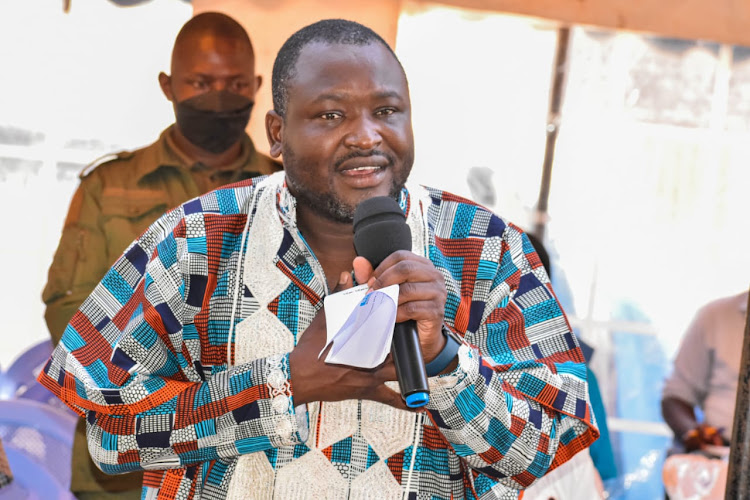 I am delighted with the news that you will be in Kibera to launch an affordable housing project in Kibra's Soweto B where 5,000 units will be constructed.

This will be the biggest social housing project ever undertaken in an informal settlement and we, the Kibera community, cannot be any prouder.

Together, we can avoid repeating history.

Remember the first slum upgrading project initiated by the late President Mwai Kibaki which gave birth to ‘Canaan estate,’ a well-intentioned initiative but instead of ending the slums, we had the middle class occupying the houses and the intended owners going back to the shanties.

This was largely because the community was not involved.

Your Excellency; Kenya’s future is young, urban, and grassroots.

Three-quarters of Kenyans are below the age of 35, and the number living in our cities grows every day.

This young, urban generation will lead our future, but half of them live in the challenging environment of informal settlements.

Kenya has a chance now to support them, by building our society from the community, grassroots up.

Hustling is our reality.

I myself came from Kibera; where I was raised and lived for 23 years.

Hand-to-mouth existence, the hustle, is something I know well.

Because of my experiences, I founded SHOFCO, which now works in more than 54 settlements nationwide, serving over 2.4 million people.

We are the largest grassroots organization connecting all those who hustle nationwide.

Your Excellency; for the first time, Kenya has a President who embraces our narrative, the story of millions of Kenyans, as your own.

Congratulations Your Excellency, I have never been more optimistic that finally, our plight will be heard.

In ten years; the urban slums of Kenya could be a story of the past.

Coming from Kibera; a world of its own; I also know all too well that it is critical to start with good intentions, but these are not enough and even such projects have failed to create real change in complex communities like Kibera.

This is why we, as the community, extend our hand to you, Your Excellency, so that we might work together in partnership for long-term change.

We suggest you adopt a phased approach to creating change in informal settlements.

To those living without water, sewage, or services, give dignity today.

Support the entrepreneurial strengths of our communities, while taking action to address these five long-term issues:

We recommend five actions in particular to support Kibera and other like communities.

Work with community expertise (we are offering ours), the council of community elders, and the ministry of lands towards both land recognition and ownership.

Aim to upgrade housing for residents, rather than displacing slum dwellers who will then create new slums as the middle class moves into these housing projects (a story we have seen often).

Implement rent-to-own strategies, make sure that those who move out are moved back in, and think about not only housing but commerce and marketplaces—as in our slums these are intimately connected.

Secondly, deliver basic infrastructure and services to every household.

Continue the progress made on formalizing electrical connections and paving roads in Kibera; extend the sewage system; connect Kibera to the city garbage system and regularize trash points, and work with proven water distribution models like aerial piping and others to get water to every household.

Fourthly, support healthcare for low-income households. NHIF is today not accessible to the urban poor. Create a scheme accessible to all.

SHOFCO and government partners are creating a polling system to amplify their perspectives. A task force could both listen to and act on what our young people are telling us, creating jobs and opportunities.

Given eliminating slums can be taxing, a phased upgrading that involves the community and solves real issues, while recognising and supporting (not compromising) community strengths and dignity is our shared path.

The government should think long-term as we’re talking about a population that has lived without access to water, toilets and a proper sewer system for decades.

As a son of Kibera who knows what ails the community, I know that if we work together, my five suggested actions are within reach.

Kibera is a starting place, but together we can implement these five actions across every urban slum in Kenya.

We are confident that with your visionary servant leadership, and deep commitment, we can deliver the above and make Kenya a country where everyone matters; no matter where you are born.

Your Excellency, Kenya can become a model nation for the world—one that harnesses the power of the young and the poor to build a great nation for all.

Sincerely, and in service,

Post a comment
WATCH: The latest videos from the Star
by KENNEDY ODEDE
Star Blogs
24 October 2022 - 14:12
Read The E-Paper