Those before you got used to the comfort.

• My case is with young legislators and I want to first of all congratulate them for bagging the nominations, especially the ones from North-eastern.

• Not a single one of them left something that can be attributed to them in the last five years. They got used to the comfort. 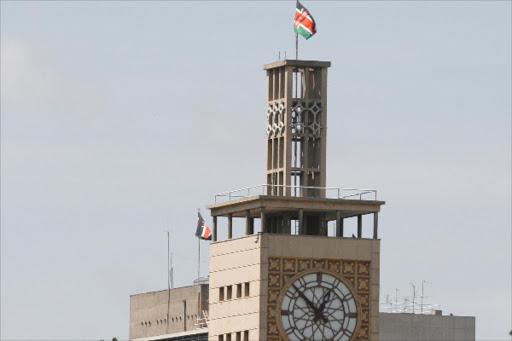 The 13th parliament was officially commissioned on Thursday and aside from the experienced leaders who made their way back to the National Assembly, there is a crop of young legislators who have made or in one way found their way into parliament. Others are in the senate.

My case is with young legislators and I want to first of all congratulate them for bagging the nominations, especially the ones from North-eastern.

There has been noise from spheres of social media saying that the Somali community has been the biggest winner in the August 9 general election. One person in particular who has publicly talked about this is Narok Senator Ledama Ole Kina. This misguided noises should not get to you. You worked for these positions, you deserve them.

Go shine and represent us, but here is a piece of advice. Take it or leave it.

Did you know that North-eastern (NEP) had four nominated MPs in the last parliament and none - save for Senator Farhiya Ali - can be seen today? It is not that no one wants to remember these leaders but while they had the opportunity to work for the people, they didn’t. Not a single one of them left something that can be attributed to them in the last five years. They got used to the comfort.

At least for Farhiya, she was behind Lifestyle Audit Bill 2019. A law meant to fight graft among other legislations. As senator she also held her home governor accountable, while the other three women nominated to parliament from the region kept mum. But where are they today? Five years is such a short period of time. It was just 2017 the other day.

Looking at other notable names who have been nominated before, you can count a handful who have used such opportunities to build themselves and remain key players in the leadership of the country and the north. Where is Shebesh? Where is Isaac Mwaura? they were once young, vibrant and promising young leaders but where are they? You have a chance, make use of it for the betterment of your community, nation and forge ahead. We want to remember you, and this can only happen if you make it easy for us.

Today, as young legislators everyone is applauding you because of the journey you are beginning. People have high expectations from you and this is your turn to serve the people of NEP and the people of Kenya.

Now get your bearings and go represent us. Familiarise yourselves with the surroundings of parliaments and know what needs to be done. Don’t be intimidated, we pray for you to succeed and it’s in our interest that you do well.

Mr Ahmedkadar Kadar is a Blogger and Political Analyst.