Kenya like other African countries is experiencing the adverse impacts of climate change.

•While climate change remains one of the key developmental and policy issues in Kenya going by the ravaging impacts that come with it, little is happening at the county levels.

•Though few Counties have enacted county climate change laws, many interventions remain at the national level. 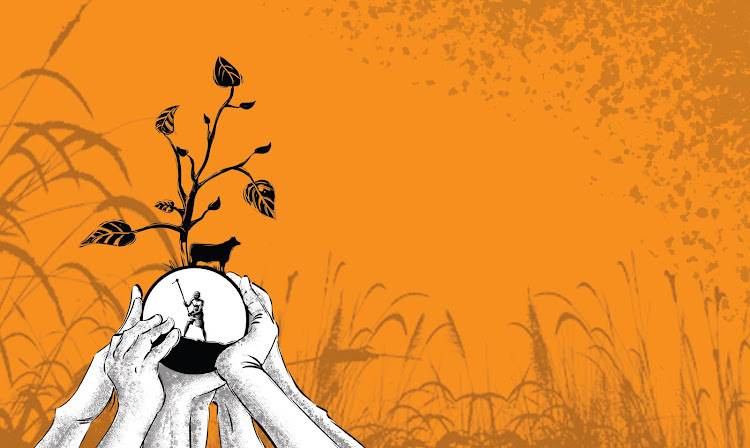 The economic and social effects of climate change are gradually coming to reality in some communities.

For that reason, County Governments must prioritise mitigation measures.

A friend bought land measuring 4 acres along Lake Victoria in Busia County at Buyuha beach in the early 80s.

Come 2022, his land is now two and a half acres. The rest has been lost to the lake during flooding and lake back flaw issues.

At the neighbouring Mutarahunga beach, a family is in a serious dispute over their land measurement- it cannot fit that family-they had sold parts of it and now the lake taken a big chunk of the land.

This loss of massive lands to flooding has in essence meant the displacement of people and food insecurity while in the extreme led to increased family disputes over resources.

No meaningful efforts have been made to protect the water catchment areas by way of building gabions or trees, for a lot of the land loss is because of erosion.

While climate change remains one of the key developmental and policy issues in Kenya going by the ravaging impacts that come with it, little is happening at the county levels.

Though few Counties have enacted county climate change laws, many interventions remain at the national level.

They include the development of laws, policies and administrative codes, public awareness, knowledge transfer and capacity building with a measure of success.

COP27 is coming up in Egypt later this year, and big delegations will attend just like they did in Paris, to present country papers, without explicitly talking about the in-country gaps.

Many countries are struggling with mitigating the adverse effects of climate change including health, transport, food security, and environmental protection, among others as they hoop from one trail to another.

Kenya like other African countries is experiencing the adverse impacts of climate change.

It is a situation that is likely to continue as seen through severe flooding, frequent and prolonged drought, declining crop yields, loss of livestock and decreased water availability.

While the country has invested a lot in mitigation and adaptation interventions, much more needs to be done in earnest.

Climate change has been at the heart of the country’s development planning.

As we prepare to attend the 27th UN Climate Change Conference of the Parties (COP27)in Cairo, Egypt, emphasis should be on the lessons learnt and gains made so far in these efforts.

The Discussion has largely remained in towns, with very little engagement in the communities and at the county levels.

Yet, communities are bearing the brunt of the adverse effects of climate change.

The two cases of land loss are just a small indication of the impact- because of changed climate conditions.

They include the enacting of the Climate Change Act, 2016, amending of the Environmental Management and Co-ordination Act 1999 and the development of the National Adaptation Action Plan (2013-17).

In addition, there are sectorial initiatives aimed at addressing the impact of climate change and strengthening the resilience of communities including the development of several policy documents to guide the country in the way to respond to the effects of climate change including a National Climate Change Response Strategy (NCCRS 2010).

The worrying state of the climate in Kenya like in the rest of the globe is captured in the recently launched State of the Climate in Africa 2020.

It paints a very gloomy picture for the continent; continued warming temperatures, accelerating sea-level rise, extreme weather, and climate events, such as floods and droughts, and associated devastating impacts.

As the country prepares for the COP 27 summit on climate change, it is time we evaluated the structures and resources at the national and county level to mitigate the adverse effects of climate change in the country.

As we make policies at the national level, we need to assist and build the capacity of counties to deal with the issue of climate change.

This is by ensuring that County Governments prioritize climate change in their planning structures so that resources can be allocated to it.

During the 7th devolution conference in Makueni that focused on unlocking the full potential of climate action, the county governments discussed and shared mitigation strategies on climate change.

The discussion came because of the adverse effects of climate change on communities because of human activities.

As we prepare delegations and reports for the Cairo meeting, we must emphasize that both the national and county government has the responsibility to start localizing measures to combat climate change through deliberate and well-funded interventions.

It's no longer about just conferences and papers, actions on the ground to cushion communities against climate change are long overdue.

Post a comment
WATCH: The latest videos from the Star
by VICTOR BWIRE
Star Blogs
18 August 2022 - 21:13
Read The E-Paper