UNEP says very little is known about resources present in oceans and their true value.

•The World Bank defines the blue economy as the sustainable use of the ocean to create livelihoods, and grow a country’s wealth while protecting marine ecosystems. 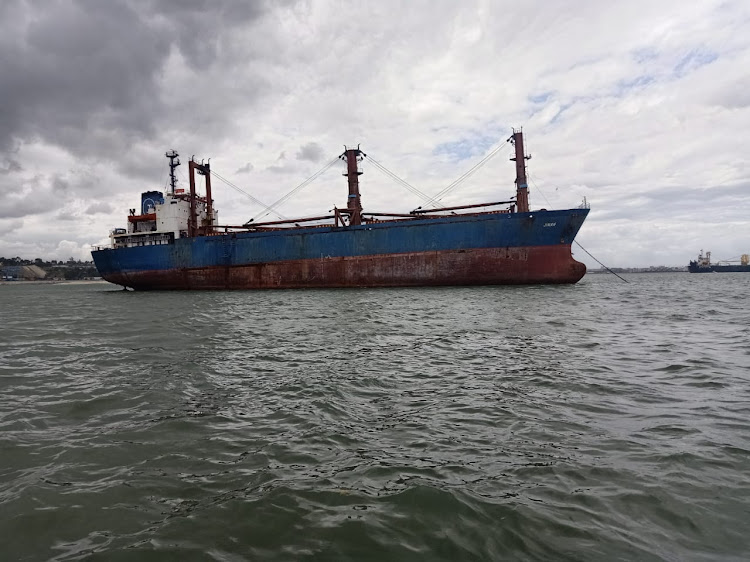 FILE MV Jinan anchored one kilometre off the Mombasa port.

The ocean is an under-utilized natural resource yet it covers 70 per cent of the Earth’s surface and is home to 80 per cent of all life on the planet.

But according to UNEP, very little is known about the resources present in the world’s oceans and their true value.

Kenya has a coastline stretching 600 kilometers along the Indian Ocean with an Exclusive Economic Zone (EEZ) spanning 142,400 square kilometers, almost equivalent to a quarter of the country’s total land mass. Yet the ocean contributes only 4 per cent to the country’s GDP.

Available data points to the enormous untapped potential of ocean sectors like fisheries, tourism, aquaculture, mining and energy, which comprise the blue economy, defined as all the economic activities related to oceans, seas and coasts.

The World Bank defines the blue economy as the sustainable use of the ocean to create livelihoods, and grow a country’s wealth while protecting marine ecosystems.

Sustainably harnessing marine and maritime resources is central to unlocking the vast wealth hidden in the ocean and propelling Kenya’s economy to the next level.

Kenya is among the leading countries globally in championing the transition to the blue economy as recently seen at the just-concluded United Nations Ocean Conference in Lisbon.

The conference, co-hosted by Kenya and Portugal, focused on how nations can tap science-based innovation to drive the ocean-based economy.

The key message at the global forum was the need for sustainable exploitation of the ocean to achieve food security, create jobs and grow economies without compromising the health of the ocean.

Coming three years after Kenya hosted the UN Sustainable Blue Economy Conference, the Lisbon meeting was yet another demonstration of Kenya’s leadership in that space.

This deliberate push by Kenya to steer the global ocean agenda is backed by notable progress in amplifying the share of the blue sectors in the national economy, with marine fisheries and tourism as key examples.

Adoption of modern fishing methods would significantly boost the contribution of marine fisheries to the blue economy.

The government in conjunction with the World Bank is implementing the Sh10 billion Kenya Marine Fisheries Socio-Economic Development Project aimed at improving the incomes of fishing communities in the coastal counties and is expected to create 60,000 jobs.

The revival of the Liwatoni fish port and a planned fish processing factory in Lamu are some of the other targeted interventions in revving up the input of sea fisheries into the blue economy.

Marine tourism accounts for 28 per cent of the blue economy.

A study by the University of Nairobi shows that diversifying from land-based tourism to sea-based activities like boating, cruising and sport fishing could generate significant additional revenue for the country.

In addition, Kenya Tourism Board data shows that 65 per cent of tourists coming to Kenya visit the coast, making a case for marine-based tourism products like deep-sea fishing, scuba diving, snorkelling and water sports to complement the traditional beach packages.

Other promising ocean sectors with a direct positive impact on local communities and the larger economy include mariculture or the commercial farming of marine organisms for food and food additives, pharmaceuticals, jewelry and cosmetics. There is also mining and forestry in the maritime land territory.

However, for Kenya’s blue economy to successfully take off, five things must happen.

First, the local communities must be fully involved in driving the exploitation of ocean resources. This will not only ensure they directly benefit in terms of jobs and livelihood opportunities, and improved food security, but it also cultivates a sense of ownership of the blue economy, crucial for long-term sustainability.

The coastal counties should promote people's participation in the formulation of policies and action plans related to the use, exploitation and protection of marine and maritime resources.

Second, we must step up marine conservation for sustainable exploitation of our sea resources. The UN is warning of an ‘Ocean Emergency’ characterized by rapidly heating and acidifying oceans with increasingly depleted fisheries and degraded coastal ecosystems.

Dumping of plastic in the ocean is a major threat to the blue economy. Restoration of the damaged coastal biosphere is imperative for the sustainable livelihoods of the communities that depend on the ocean. Fortunately, Kenya has outlawed the use of plastic bags.

There is also money in conservation with a good example being ‘Mikoko Pamoja’ a community mangrove restoration project said to be the world’s first blue carbon initiative that has so far generated over $25,000 (Sh2.5 million) for residents of Kwale County in the form of carbon credits.

Third, we should strengthen linkages between the ocean economy and key sectors of the economy like financial services. Green financing offers a unique model for providing much-needed private capital for the blue economy.

This entails the use of financial instruments like bonds to fund ocean-related ventures like mariculture, fishing and coastal tourism that integrate conservation as a core component thus enhancing environmental health.

Fourth is securing our ocean maritime space to address threats like sea piracy, illegal fishing and marine pollution. This requires a multi-agency approach anchored on the Kenya Coast Guard and bringing together various security agencies to provide a safe environment for economic activities in our coastal waters.

Fifth, we need to develop the appropriate technical skills needed to achieve a critical mass for the nascent blue economy.

Enhancing skills and competencies in fisheries, shipping, logistics, aquaculture, hospitality, and engineering, among others will unlock job opportunities for youth and provide a sustainable human capital base for further growth and development of the sector.

All said we can achieve a robust, socially inclusive and environmentally sound blue economy with innovative strategies without losing sight of the paramount need to conserve and protect the marine biosphere.

The programme targets to train at least 1,000 people every year for five years.
Counties
2 months ago

This year’s celebrations emphasize the need for women to be more visible.
Opinion
2 months ago