While on the ground, journalists will need adequate security for themselves and their equipment

• The general election is drawing nearer and media houses are trying to put their best feet forward as they brace themselves for August 9.

•  For effective coverage before, during and after the general election, a lot of things should be considered and done 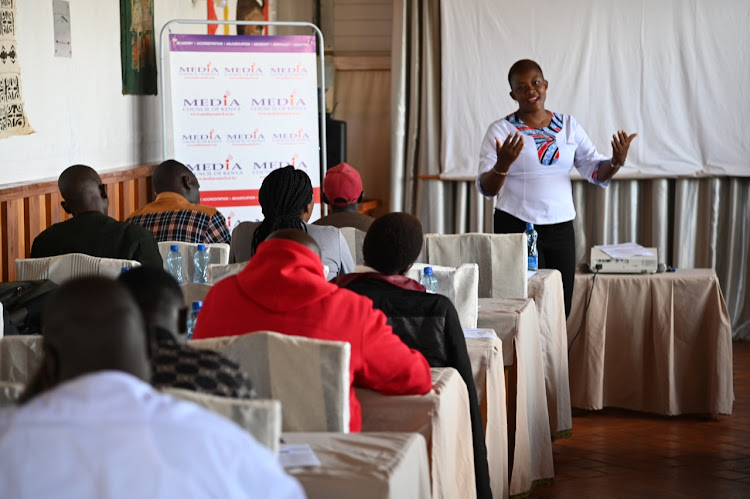 Editor Henry Grunwald once said journalism can never be silent: that is its greatest virtue and its greatest fault. It must speak, and speak immediately, while the echoes of wonder, the claims of triumph, and the signs of horror are still in the air.

The general election is drawing nearer and media houses are trying to put their best feet forward as they brace themselves for August 9. For effective coverage before, during and after the general election, a lot of things should be considered and done. Journalists need the best and proper working tools and equipment, training, and reskilling, mentorship, funding and security during this period.

For the proper functioning of democracy, journalists come in handy to exercise their indispensable role to the masses as the “watchdogs”. As we approach the general election, it’s the duty of the journalists to conduct an uninhibited examination of the successes and failures of the candidates, the current government as well as the Independent Electoral and Boundaries Commission and apprise the public on how effective these people and institutions have performed and hold them accountable.

This will require journalists to be constantly active and spend most of their time on the ground interacting with the public, candidates and electoral institutions hence requiring a lot of support. This is already happening.

While on the ground, journalists will need adequate security for themselves and their equipment. The freedom of journalists, especially during the electioneering period, is always in jeopardy. This is the time some will be abducted, harassed, intimidated and forced to back down.

All these will hinder them from delivering credible coverage to the public. All this harm is done as a way of silencing the truth. One of the ways of protecting journalists, especially from online harassment, is by condemning the vice and taking stern action against those propagating such.

Nevertheless, media houses and media owners will need to allocate funds to facilitate their journalists as they undertake their roles while on the ground. These journalists will need accommodation, transportation, and any other support that will make a difference.

During the electioneering period, protecting female journalists will enable them to execute their roles effectively without fear.

Lastly,  journalists play an essential part in keeping the public informed about current issues and raising awareness of various matters in society. Politics and elections, in general, pose a great challenge to journalists, putting their fairness and objectivity to a great test.

Therefore, journalists are prompted not to be used as a mouthpiece for anyone in government, the government, or any politician but instead inform the public, educate them, and act neutral and with utmost objectivity for the sake of a free, fair, and credible debate from all perspectives.

Lucky Oluoch is a freelance journalist

Where a newspaper, radio, or TV station lacks the trust of the readership, listener or viewer, its influence on election is zero.
Opinion
1 month ago

Nairobi Gubernatorial Debate will be done in two tiers.
News
1 month ago

They said that Kenyans have the potential to break the pattern of disputed elections.
News
1 month ago
by LUCKY OLUOCH
Star Blogs
12 July 2022 - 05:00