• While previously the corrupt syndicates operating at Ardhi House would secretly transfer land without the owner’s knowledge and consent, it is now possible to monitor such dealings.

• Parcels of land that were either undeveloped or whose leasehold was nearing expiry are most susceptible to fraud. 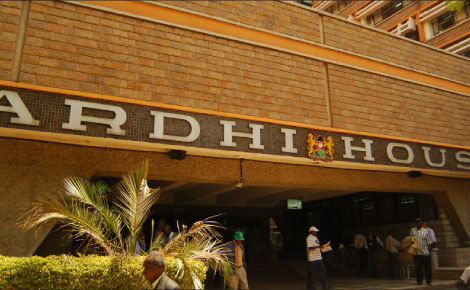 The story is told of a Greek King called Augeas who was reputed to own more livestock than anyone else.

Each night, his immense flock would be herded into stables that grew very dirty with time as they were never cleaned.

To rid them of the choking filth, the Greek hero Heracles had to divert a river through them.

The phrase Augean Stables has since then been used to refer to places teeming with dirt and corruption.

Until recently, Kenya’s land registries would have easily qualified for this infamous tag given rampant illegal transfers of land, forgery of title deeds, rampant and intentional misplacement of titles and other illegal activities of criminal cartels and rent-seekers domiciled there.

But with the introduction of the National Lands Information Management System (NLIMS), such misdeeds will be a thing of the past.

The digital land system will help tame fraudsters working in cahoots with rogue officials at the Lands offices.

So audacious are the cartels, Lands CS Farida Karoney once publicly lamented, that they would even hack government computers to execute their nefarious schemes undetected.

NLIMS is therefore seen as the best attempt so far at draining the rot in the land registries once and for all, but importantly, safeguard the security of titles and other crucial records touching on land ownership.

The sanctity of title deeds is a well-entrenched legal concept.

The doctrine of indefeasibility of title underpins the land titles system.

Section 26 of the Land Registration Act 2012 provides that the certificate of title is prima facie evidence that the person named on it is the absolute owner unless the title was obtained through fraud, misrepresentation or acquired illegally, unprocedurally or by corrupt methods.

NLIMS is designed to enhance the security of land records while improving accessibility and reducing the cost of dealing in land.

While previously the corrupt syndicates operating at Ardhi House would secretly transfer land without the owner’s knowledge and consent, it is now possible to monitor such dealings.

Parcels of land that were either undeveloped or whose leasehold was nearing expiry are most susceptible to fraud.

Criminal networks collude with unscrupulous surveyors, lawyers and officials to sub-divide the land for sale to unsuspecting buyers.

According to the National Crime Research Center, corruption in land deals and peddling fake titles are among the leading types of land-related crimes, often leading to violence and conflict among individuals and communities.

This underscores the unrivalled utility of NLIMS as a land conflict management tool.

By digitally mapping all land, it eases land use planning and sharing of knowledge.

Manual systems are not only tedious, and prone to fraud but are the oxygen that sustains the bloated bureaucracy one encounters at the land's office.

Time-consuming and costly procedures involved in transferring land and property have been cited as a major barrier to ease of doing business.

Businesses and investors will also benefit from reduced risks associated with land transactions that are shrouded in opacity.

In some countries, platforms like Ardhi Sasa have been proven to enhance access to credit by providing certainty to lenders regarding property ownership.

For instance, a study in India revealed an increase in the number of mortgages as a result of the digitization of urban land registries.

A digital land registry underpins both the constitutional right of access to information held by the State (Article 35) but also the right to property (Article 40).

Hence the need to fast-track the rollout of the digital registries to the counties to ensure all Kenyans reap the benefits.

Over 6 million new title deeds are waiting to be handed over to land owners across the country under the National Titling Program.

Ensuring the documents are protected from manipulation by land sharks is key to the success of the program by making it impossible to dispossess especially the poor and vulnerable of their land.

However, there is an urgent need to shield the new system from cyberattacks and other forms of sabotage according to its high-level protection as critical national infrastructure.

In addition, the lands ministry should carry out public sensitization campaigns on how the system works and its benefits.

Despite the hiccups witnessed after the initial phase last year, NLIMS will certainly go a long way in making land ownership in Kenya more secure, transparent and predictable, while accelerating much-needed reforms in the country’s land sector.

Needless to say, it will sanitize our land registries from the muck of corruption, criminality and other malpractices that have plagued the sector for many years.

The President launched the projects at State House in Nairobi.
News
1 month ago

He pointed that the output maps have already helped the Ministry of Education in mapping out schools countrywide.
News
1 month ago
WATCH: The latest videos from the Star
by PETER WAFULA MURUMBA
Star Blogs
04 July 2022 - 22:04