Independent commissions must team up to realise leadership integrity

Chapter Six of the Constitution 2010, intended to ensure sound leadership.

•The Independent Electoral and Boundaries Commission (IEBC) has in the past few weeks found itself at the centre of a storm.

•Questions have been raised on whether some candidates cleared by the IEBC to vie fit the bill of Chapter Six of the Constitution on Leadership and Integrity. 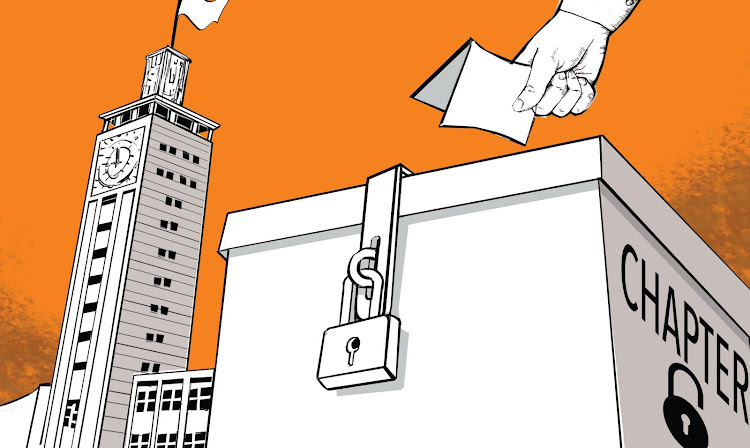 The August 2022 general elections are beckoning.

The Independent Electoral and Boundaries Commission (IEBC) has in the past few weeks found itself at the centre of a storm.

Questions have been raised on whether some candidates cleared by the IEBC to vie fit the bill of Chapter Six of the Constitution on Leadership and Integrity.

The clearance of aspirants by the electoral body was punctuated by dramatic incidents.

Kenyans were treated to a drama whose apparent script was laced with the throwing of jabs.

It was ostensibly a contest of who can defend themselves better before the media or shout louder from the sunroof of their cars during political rallies.

While the events can be treated as usual political games that have characterised our elections for decades, the weeks of endless drama lifted the lid on the underbelly of our political and leadership class.

It is disturbing, to say the least, that serious matters on the integrity of the country’s leadership would not be handled in a manner that inspires confidence in Kenyans.

The weak political vetting mechanism is likely to allow, yet again,  tainted politicians to take up leadership positions as agencies mandated to weed out unqualified candidates continue bickering.

Chapter Six of the Constitution 2010, intended to ensure sound leadership and integrity for all appointed and elected officials.

Judging by the past and current trends in Kenyan leadership, the integrity aspect has proved elusive.

The public sector is plagued with corruption, nepotism, tribalism, conflicts of interest, racketeering, and conspiracy.

The pointing of fingers, ridiculous excuses and blame games portrayed by the institutions mandated to mainstream integrity in the country’s leadership structures, in the last few weeks, is uncalled for.

Misunderstandings and lack of clear structures among the institutions provide loopholes for unscrupulous individuals to find their way to the country’s top leadership.

The flip-flopping by the Commission of University Education over the credibility of the degree certificate presented by some candidates is startling.

The revocation of Nairobi Senator Johnson  Sakaja’s certificate, for instance, and withdrawing their revocation afterwards and then reinstating it does not inspire confidence in the process and the CUE.

This may easily be misconstrued as a sign of lack of independence on the part of the Commission.

Under the Constitution of Kenya 2010, the independent commissions should support one another in executing their mandates.

Each should respect the competencies of other Commissions.

Collaboration is key if the enforcement of chapter six and the leadership and integrity law is to be realised.

Of importance, the push for leadership and integrity act should be impartial, apolitical and free from undue influence.

The main reason for this is political interference with independent institutions and the failure, particularly of the IEBC to play its role pragmatically.

All said and done, the ball is in the voters’ court.

Samuel Kimeu is the Executive Director of Africa’s Voices Foundation while Derick Ngaira is the organisation's communications Assistant.

EACC asked Kenyans to evaluate  their leaders before voting them into office.
News
1 month ago

Defendants will surrender original title within 10 days for cancellation of their interest.
News
1 month ago
WATCH: The latest videos from the Star
by DERICK NGAIRA AND SAMUEL KIMEU
Star Blogs
04 July 2022 - 16:17
Read The E-Paper