Is the role of leadership in business success overrated?

Businesses are always confronted with external and external forces that shape their fortunes.

•These forces determine whether an industry is attractive or not and whether to invest or not.

•Studies have also shown that even within organizations, there are at least three factors that determine what a firm can and cannot do. 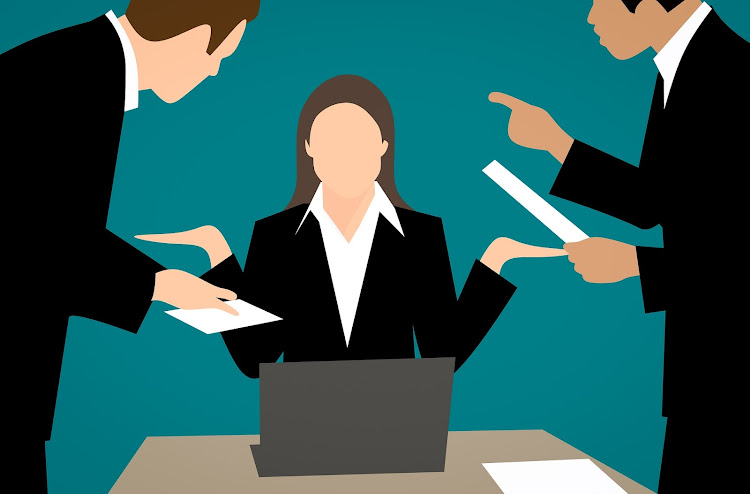 Consider the following seemingly simple business leadership conundrum. Between the years 2000 - 2010, Michael Joseph was celebrated and lionized by all and sundry as the man whose vision and leadership propelled telecom giant, Safaricom, to dizzying heights of success.

In 2007, Safaricom pioneered Mpesa (mobile money) whose transactions by 2017 were equivalent to 80 per cent of Kenya’s GDP.

Mpesa remains a runaway success, celebrated as one of the most consequential financial services innovations to emerge from the developing world.

Following the Mpesa success in Kenya, Safaricom’s partner, Vodacom, sought to introduce the same services in Romania in 2014.

Given his experience and track record, Joseph was hired to launch the service in a European country.

Somehow, though, Joseph could not replicate Kenya’s Mpesa magic in Romania, leading to the shutting down of the services in 2017.

So what happened here? Did the competent and bold Joseph at Safaricom suddenly become incompetent at Vodacom in Romania? What could explain how a highly successful CEO in one context can suddenly appear incompetent in another?

This is one of the cases that Strathmore Business School lecturer Dr Fred Ogola uses to argue the case of what he terms the “romanticization of leadership”, in his latest book, Strategic Thinking: 10 lessons from 1000 strategic plans.

Romance of leadership is a phenomenon where people play up the competencies and capabilities of leaders in managing a business when in reality, there could more factors that contribute to business success than just the role of a manager or management.

To buttress his point, Dr Ogola further ponders why Michael Joseph hasn't been able to turn around the fortunes of the national carrier, Kenya Airways (KQ), after he was appointed the board chairman in October 2016 with a mandate to steer a strategic turnaround.

KQ has since posted cumulative losses of nearly Sh70 billion in five years since Joseph was at the helm of the board.

Another local example cited is that of Dr Julius Kipng’etich who was credited with the successful revival of the Kenya Wildlife Service (KWS) when he served as the director-general but was unable to apply the same magic when he was tasked with the responsibility of turning around the flailing Uchumi Supermarkets.

Given the above and countless other examples, Dr Ogola adopts the hypothesis that leadership and management alone cannot fully explain the performance of an organization.

Harvard University Business School professor of strategy Cynthia Montgomery describes this phenomenon as “the myth of the super manager”- a belief that a highly competent manager can produce success in virtually any situation.

In her book, The Strategist: Be the leader that your business needs, Montgomery takes the view that in many cases, faced with deeply ingrained, long-standing industry problems, business leaders succumb to a costly bout of irrational faith in “superior management”.

At whatever time, businesses are always confronted with both external and external forces that play an oversized role in shaping their fortunes.

Michael Porter, one of the pioneers in the strategy discipline noted that there are at least five external economic forces that shape the performance of an industry.

These include rivalry among firms (is the rivalry too intense?), power of suppliers (do suppliers dictate prices and dominate vendor relationships?), power of customers (do customers have lots of choices or are the products scarce and highly differentiated thus giving the firm an upper hand?), barriers to entry and exit, as well as the availability of substitute products.

These forces determine whether an industry is attractive or not and whether to invest or not.

In the case of Safaricom, for example, there was no intense rivalry when Joseph was in charge.

Nearly 80 per cent of Kenyans were unbanked at the time. There were no viable product substitutes and Safaricom technically controlled its relationship with suppliers.

There was also a high technical and capital barrier to entry into the industry. However, in Romania, there were already well-developed and viable product alternatives making the rivalry for customers too intense and uptake of the mobile money service unviable.

Studies have also shown that even within organizations, there are at least three factors that determine what a firm can and cannot do.

These are the firm’s resources, processes and values.

In developing the Resource-Process-Values (RPV) framework, strategy and innovation scholar, the late Clayton Christensen, stated that quite often business leaders ignore the fact that organizations develop their own capabilities that exist independently of the people who work in them.

A firm’s capabilities reside in two places. These are one, processes which entail the methods by which people have learned to transform inputs into outputs of higher value and, two, its values which are the criteria that managers and employees use when making prioritization decisions.

These are usually things or assets that can be hired or fired, bought or sold and therefore can be transferred across boundaries of industries and firms and still deliver the desired outcome.

People are quite flexible and can be trained or skilled to succeed at different things and this is perhaps what leads to the notion that a good manager can work in any company and deliver results.

But a firm’s processes and values are quite inflexible and take time to change once they have taken root.

For example, a company whose processes and values are designed to pursue high-margin opportunities cannot at the same time pursue low-margin ventures.

This is not in any way to suggest that leaders are powerless in shaping the fortunes of their organizations.

In actual fact, leaders play a pivotal role in the success or failure of a business.

Those who succeed, according to Montgomery, understand that a significant measure of the firm’s success depends on competitive forces beyond a manager’s control, and they use that knowledge to their own advantage by picking playing fields where they can win and, within those fields, carefully positioning their businesses to work with, not against, the forces.

The writer is a Management Consultant and former Editor/Journalist. Email: [email protected]