There is need for a joint approach between the security sector and civil society.

•The government must understand that the obligation to provide security rests solely if not entirely on its shoulders.

•The response to banditry must, therefore, be accompanied by a total revamp of policing measures, especially at the Kerio Valley. 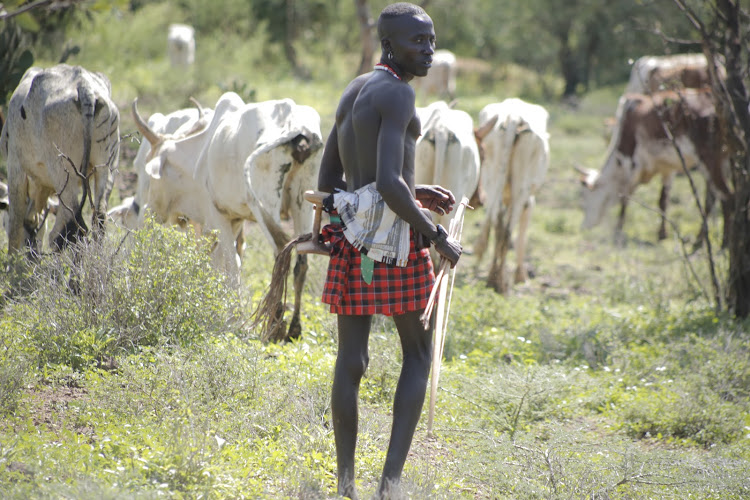 HERDER: A Pokot herder armed with bow, arrows and sword looks after his cows at Kamusuk in Tiaty, Baringo, on Monday, May 15.
Image: FILE

Just this month, over 14 bandit attacks have been carried out in the country. This has seen more than a dozen killed, scores injured and herds of livestock stolen. The surge in cases of banditry across the country has been fueled by the laxity of the political elite to oversee its total eradication.

Security is a not a shared or devolved function under the Constitution. The national government is in charge of the country’s overall security policy. The government must understand that the obligation to provide security rests solely if not entirely on its shoulders. The response to banditry must, therefore, be accompanied by a total revamp of policing measures, especially at the Kerio Valley.

If leaders were honest in the execution of their public duties, responsibilities and accountability to the public, maybe it would be much easier to tame the cattle rustling menace, and public resources used in the fight would otherwise go towards economic empowerment of citizens living in those areas.

The biggest hindrance to fight against banditry is lack of political goodwill which emboldens the delinquent bandits to continue carrying out violently fatal raids. It is surprising that the Interior security ministry has shifted its focus to the August elections yet there is a possibility of a humanitarian crisis in the Rift Valley and northern frontier regions.

Local politicians are using these incursions as platforms for political mileage and campaigns. They engage in blame-shifting instead of reproaching cattle rustling, advocating for peace and spotlighting political, social and economic hurdles of their constituents.

There is need for a joint approach between the security sector, civil society, county governments and other concerned stakeholders in eradicating this vice. This spirit of partnership is critical not only in tackling the menace, but also re-imagining the development and quest for economic empowerment.

If the remiss and unwillingness to constructively devise ways of remedying the already dire situation continues, the country will be staring at an otherwise avoidable catastrophe.

The author of this article, Daniel Murkomen, is a lawyer the proponent of the END BANDITRY CAMPAIGN