Youth have to be empowered, take leadership positions

Youth leaders and aspirants need to develop strategies that will curb challenges experienced by their fellows. This may through encouraging them to engage in constructive activities like lumbering or farming 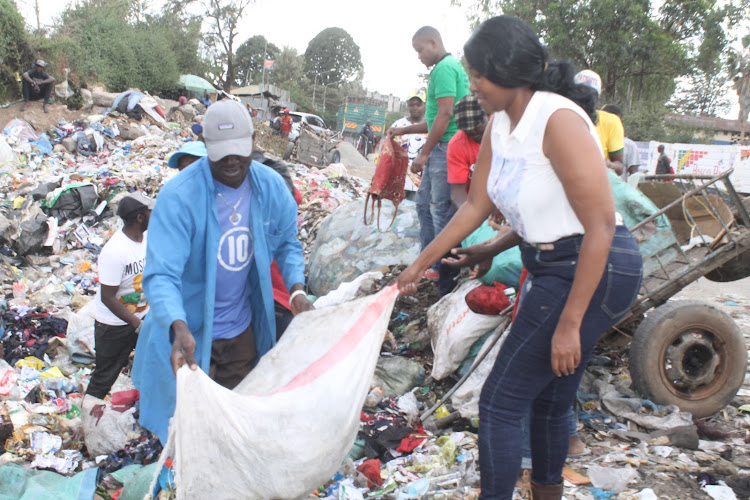 The number of educated young people in the country is rising day by day with thousands graduating from tertiary institutions.

This means our country has a remarkable number of energetic youths who can take part in driving country's development. They are leaders of today and thus we should discard the notion that youths are leaders of tomorrow.

Some of them have been campus leaders and have taken part in representing their mates in the institutions. They have thus gained skills on how to manage a collective number of people in a responsible manner.

It is, therefore, vital to nurture leadership in the young people by giving chances to run for various elective and nomination positions. Integrity is a key virtue as long as leadership is concerned.

Most of the current leaders, however, lack this trait hence the reason for poor delivery of services and representation of the common voter. Cases of misappropriation of funds have been rampant among leaders who are more interested in selfish gains rather than service. This has led to increase in unemployment rate, leaving many young people unemployed and in destitute lifestyles.

For instance alcoholism leads to liver cirrhosis and impaired judgement, whereas marijuana may cause psychosis hence detachment from real life.

On the other hand cigarette intoxication causes lung and throat cancer increasing the burden of medical bills to family members. Unemployment also leads to psychological stress subjecting victims into depression which may lead to suicide or disruptive behavior that could harm other people.

Youth leaders and aspirants need to develop strategies that will curb challenges experienced by their fellows. This may through encouraging them to engage in constructive activities like lumbering or farming which will be a source of income, thereby promoting economic growth. One of the menace taming down good leadership is corruption.

It is time to promote transparency, especially in public places to ensure there are chances for all despite their background. Cases of slots being secured through graft or backdoor need to cease as they are enemies of progress.

Corruption has led to hiring of unqualified personnel such as engineers or doctors leading to collapse of buildings and poor medication which are fatal and wreak havoc to human life.

Nepotism should not be tolerated whether in politics, business or any other sector. Everyone has a responsibility to play in nation building therefore there should not be favoritism in terms of relative or close friends.

It is high time as a country we do away with ethnic divisions and come together to steer development and create opportunities for all. No any form of of discrimination should be condoned whether on basis of gender, age, tribe, cultural background or religion, accommodating and respecting diversity has to be embraced by all.

Youth empowerment is key bearing in mind young people constitute majority of the population. Aged leaders have to retire with dignity, they have to pave way for new ideas and act as counselors to the young leaders.

Let's allow the energized qualified young men and women to take part in top positions in politics and in the corporate world as they have the potential  to deliver.

Mutai employs 16 people in her factory operation.
News
3 weeks ago

Leader Wajackoya says party will be fielding candidates for MCA seats in Langata and Westlands areas
Counties
3 weeks ago
by ANTHONY MBITHI
Star Blogs
04 May 2022 - 05:00