•The 20th World Press Freedom Index published by Reporters Without Borders ranks Kenya at 69 out of 180 compared to 102 in 2021.

•This remarkable improvement shows Kenya’s intention to have a free press. 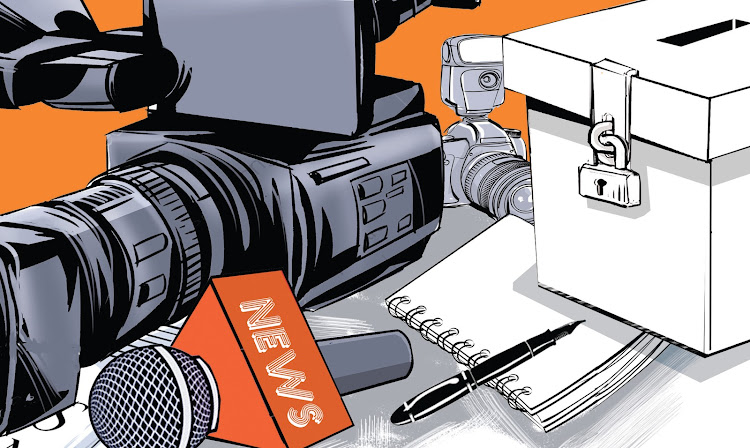 The World Press Freedom Day on May 3, 2022, provided an opportunity to ponder on the trajectory the media in Kenya has taken over the years with emerging technologies and what this portends for press freedom, access to information and the safety of journalists.

This year’s theme Journalism Under Digital Siege, casts a spotlight on the delicate balance of harnessing the benefits that come with the digital revolution in delivering information as a public good and ensuring that the media operates sustainably in a safe environment where privacy and public trust is safeguarded.

As we celebrate the gains the digital era has provided in the media, it is important to appreciate that we still have a long way to go in ensuring that media freedom is protected as enshrined in the 2010 Constitution.

The 20th World Press Freedom Index published by Reporters Without Borders ranks Kenya at 69 out of 180 compared to 102 in 2021. This remarkable improvement shows Kenya’s intention to have a free press.

There is, therefore, a need for all stakeholders to unite and find a solution to the challenges the journalists face, especially in a digital age where mediated online attacks against journalists and privacy violations are rife.

At the core of the digital siege is the use of Artificial Intelligence (AI) to improve journalism and the risks that this brings to professionalism, press freedom and safety of journalists in the digital space.

In a world where AI is increasingly becoming a threat to journalism and is no longer viewed as a futuristic concept, it is important to appreciate that technology will continue to play a big role in the media in Kenya.

Other industries such as medicine and manufacturing are viewed as early adopters of AI but the uptake of the technology in media houses is having a significant impact on audience engagement, reader revenue and editing.

A report released by the World Association of Newspapers (WAN-IFRA) in February this year showed that editors are viewing AI as a game-changer with 75 per cent of news executives, saying that it will be critical to the success of their businesses in the next two years.

As a media regulator, we are alive to the ethical considerations of the use of these emerging technologies. Some of the ethical questions include, algorithm bias, deskilling of journalists, mass surveillance of journalism and what this means to privacy and protection of sources.

According to the United Nations Educational, Scientific and Cultural Organization (UNESCO’s) global agreement on the Ethics of Artificial Intelligence, “the ultimate responsibility and accountability of AI lies with humans and AI technologies shouldn’t be given legal personalities”.

Essentially, algorithms implement decisions made by humans. Therefore, the ethical use of AI in media, will be influenced by the intentions and motives of those applying it.

Recent technological developments have continued to impact freedom of expression, the safety of journalists, access to information and privacy.

Media workers continue to bear the brunt of digital attacks. The rise in the number of online journalists has corresponded to an equal increase in attacks against them.

These included illegal hacking of their accounts, monitoring of their online activities, arbitrary arrest and detention and the blocking of websites that contain information critical to authorities.

A recent global survey by UNESCO of more than 900 women journalists in 125 countries found that 73 per cent had experienced online violence.

This abuse ranged from misogynistic harassment and digital security attacks to coordinated disinformation campaigns leveraging hate speech. A quarter of those journalists had received threats of physical violence, including rape and death threats.

Aptly, this year’s World Press Freedom Day theme focuses on the impact of recent technological developments on freedom of expression, the safety of journalists, access to information and privacy.

To this end, as a media regulator,we are in the process of reviewing the code of conduct for the practice of journalism that provides the benchmark for free, independent, and responsible journalism to ensure that it considers the emerging technologies and the changing media landscape.

The media should ensure that even in a digital siege, the ethics of journalism are not compromised because a free press must always operate within the confines of the principle of do-no-harm.

Mr Omwoyo is the CEO of the Media Council of Kenya. [email protected]

May 3, was set as the official day to mark the World Press Freedom Day, in 1993, by UN.
Counties
3 weeks ago

Kenya's media habitat can be better

Use of state advertising as a carrot and stick against 'errant' media house has muzzled free speech.
Opinion
3 weeks ago
WATCH: The latest videos from the Star
by DAVID OMWOYO
Star Blogs
04 May 2022 - 16:18