Kenya is not an exception to low voter turnout

•Repeated electoral irregularities and disregard for the sanctity of the vote have the unintended consequence of mainstreaming voter apathy and loss of faith in the electoral system.

•As shown in a recent Twaweza East Africa study, trust in both the electoral agency, the Independent Electoral and Boundaries Commission (IEBC), and the electoral process is eroding. 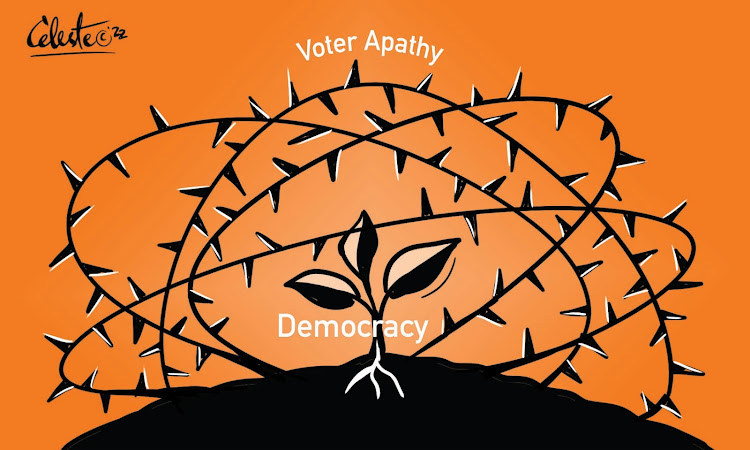 Elections allow citizens to vote for the leaders of their choice. The credibility and integrity of Kenya's previous elections have been called into question, as evidenced by presidential election petitions from 2013 and 2017.

Repeated electoral irregularities and disregard for the sanctity of the vote have the unintended consequence of mainstreaming voter apathy and loss of faith in the electoral system. As shown in a recent Twaweza East Africa study, trust in both the electoral agency, the Independent Electoral and Boundaries Commission (IEBC), and the electoral process is eroding.

According to the findings of the study, more than two-thirds of Kenyan citizens believe that their vote will not effect change, influence the outcome of the upcoming general election, or serve as a tool to hold leaders accountable. Over 90% go on to say that not voting does not necessarily imply giving up one's voice on national issues. In effect, they are saying that not voting does not preclude you from having a political impact; there are other spaces and venues where you can accomplish the above without casting a ballot.

The study also revealed that less than half of eligible Kenyan voters believe the IEBC can hold a free and fair election. It's perhaps unsurprising that the IEBC's 30-day enhanced continuous Voter Registration (ECVR) campaign last year, from October 4th to November 5th, 2021, registered approximately 1,519,294 (25%) of 6 million new eligible voters. The second and final phase of Enhanced Continuous Voter Registration (ECVR), which ran from January 17th to February 6th, also failed to attract anticipated new voter registration, with only 1 million of the 4.5 million eligible voters registering.

Despite having more established democracies, Europe has fared worse than other regions. In the United Kingdom, for example, voter turnout has never exceeded 70% since the mid-1990s, with 2001 being the worst year with a turnout of 59.4%.

Kenya is not an exception to low voter turnout, with the exception of 2013 and 2017, when turnout was below 70%. This low electorate participation and voter apathy point to deep structural problems with democracy and the legitimacy of sitting administrations, not to mention Electoral Commissioners. While voting behavior is complex, distrust and apathy toward the electoral process have long been a thorn in the side of voters.

So, what does it mean when citizens see political parties and the electoral process as less effective forms of representation and begin looking for and discovering new ways to participate in politics? In the last ten years, we have seen citizen activism through other channels such as social media, mass protests, petition signing, litigation, open letters, and radio call-ins.

So, should government shift away from traditional modes of representation and toward these new emerging opportunities (white spaces) in this age of technology, perhaps harnessing them to reestablish trust in the electoral process? Should they just go about their business as usual? Should voting be made a civic obligation?

It is my contention that the shift in this technological era where political participation is taking new forms and networks that disengage from the way traditional politics function. It is time for governments and politicians to adapt to the new changes and devise strategies for actively meeting citizens' demands while also restoring citizens' trust in legislative governance.