MAKODINGO: Kenyan Somalis are as much Kenyan as they come

Northern Kenya counties are miles better off in Kenya than they would be in Somalia.

• There is absolutely no doubt that Northern Kenya counties are miles better off in Kenya than they would be in Somalia.

• We must not allow emotional sentiment to cloud an otherwise very good and progressive patriotic gains by a people that are as Kenyan as anyone else – if not more! 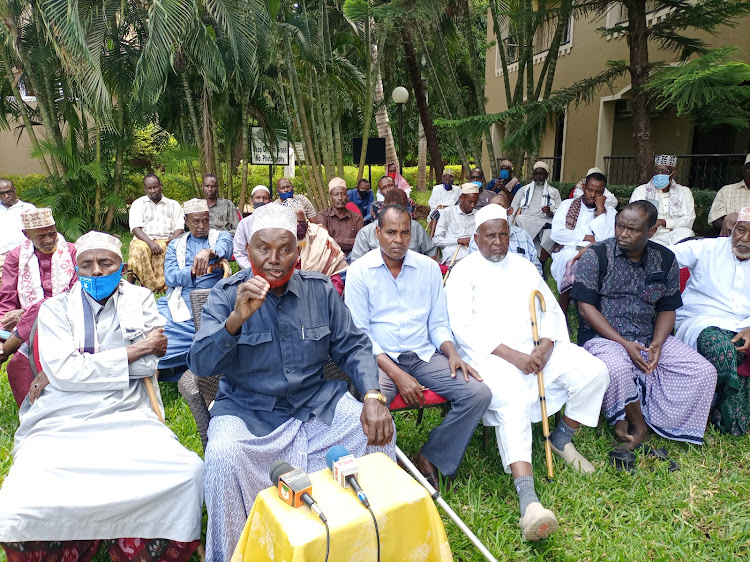 “Kenya is a country which depends for its future on being able to show it is capable of providing a home in which people of different races can live honourably and amicably together” – The Hon Edwin Duncan Sandys (British Colonial Secretary) - East African Standard, March 19, 1963.

An interesting debate took place in the House of Lords on the evening of April 3rd 1963, via a motion brought by the noble Earl, Lord Lytton about the Northern Frontier Districts (NFD).

The NFD was a term coined by delegates representing the then administrative districts of Mandera, Wajir, Garissa, Moyale, Marsabit and Isiolo at the 1962 Lancaster Constitutional Conference – a distinction that was vehemently opposed by both the Kanu and Kadu delegates at the conference.

The noble Earl, Lord Lytton made a very long and elaborate case for the secession of the NFD for eventual integration with the Republic of Somalia before Kenya gained independence.

In support of Lord Lytton, the Earl of Huntingdon said:

“I suggest that if the Government really agree to put the Somalis under the Kenya Administration we shall be leaving a terrible legacy to Kenya. There will be dragons' teeth that will rise up and produce warriors against the Kenya Government. It will put that Government in an impossible position. They almost certainly will not be able to subdue these very proud, gallant people. If they did, it would lead to their slaughter on a gigantic scale.”

In his response on behalf of the British Government, then Colonial Secretary, the Marquess of Lansdowne said:

“I agree with noble Lords who have spoken that the Somalis are a homogeneous people, people sharing a common culture, a common language, a common religion and a common way of life. It is natural that they should aspire to be joined together in one nation. The British Government nevertheless understand the arguments used by African political leaders in Kenya to justify their opposition to the cession of any territory within

Kenya's present boundaries. They point out that the present boundaries of Kenya, as of many other countries in Africa, are purely artificial, and that it is not only along the boundary with the Somali Republic that peoples of the same stock are divided from one another by national boundaries. They consider that it is not for the Colonial Power to attempt to adjust, in the final phase before independence, the boundaries which were its own artificial creation, for they argue that once this process is begun there can be no telling where it might end. They go on to argue that this difficulty is particularly acute in

As we headed towards independence in 1963, the ultimate desire of the Kenyan African leaders in Kanu and Kadu was to transform their state – itself a colonial creation – into a nation transcending ethnic and tribal differences: a struggle we still have today despite the tremendous progress we have made on this front over the years.

The Colonial Secretary had gone on to say:

“A further argument is that for various reasons the Northern Frontier District has always been administered differently from the rest of Kenya. This, of course, has been necessarily imposed by nature and geography, and for this reason, the Somalis have never really been able to experience the benefits of being part of Kenya, and the Africans, for their part, have never been in a position to demonstrate this to them. African Ministers have gone to great lengths in the agreed Constitution to make provisions to let the different parts of Kenya run their own affairs. As my right honourable friend has said, we have thought it only fair to give the Kenya Africans an opportunity to demonstrate their goodwill towards the inhabitants of the Somali districts—as, indeed, elsewhere in Kenya”

I have gone to great lengths to quote this debate because it eloquently represented both sides of a conversation that has formed a core basis of the disagreements about Northern Kenya that have persisted to date – albeit with very significant differences in fortunes over the years.

Whereas the desire at independence, as put by the Colonial Secretary, was that the “African Ministers” would get time to demonstrate their goodwill to the Somali people, they in fact did not do so especially after Sessional Paper No 10 that focused development on what was considered the high potential areas of Kenya – which the Northern Kenya districts were invariably not part of.

It was not until decades later – precisely after the promulgation of the Constitution of Kenya, 2010 – that this goodwill was robustly and permanently demonstrated with the advent of devolution.

Never before in the history of Kenya has there been such a visible demonstration of the integral nature of Kenyan Somalis as part of Kenya than after the promulgation of the Constitution of Kenya.

Today, what was once the NFD with their desire to join Somalia is doing much better than the entire Federal Republic of Somalia.

In the 2019 Financial Year, for example, the total equitable share (guaranteed remittances by the National Government) to the five counties that constitute the NFD, was 39 billion shillings, while the entire federal government of Somalia’s budget was 34.4 billion shillings!

There is absolutely no doubt that Northern Kenya counties are miles better off in Kenya than they would be in Somalia.

There is no longer a case to be made for Kenyan Somalis continually siding with FGS instead of their own country, Kenya.

We must not allow emotional sentiment to cloud an otherwise very good and progressive patriotic gains by a people that are as Kenyan as anyone else – if not more!

Tom Mboya, one of the fiercest defenders of a unified Kenya at independence, would be impressed to know that what was NFD now receives more money than his Luo Nyanza

Counties, combined! In that same 2019 Financial Year, the four Luo Nyanza Counties (Siaya, Kisumu, Homa Bay and Migori) with a combined adult population of 2.5 million people received Sh27.7 billion compared to the Sh39 billion to the five counties with an adult population of 1.6 million people – with the huge difference largely compensating for the large area covered and historical marginalization.

It is sad that there are prominent Kenyan Somalis who do not hesitate to side with the warlords in Somalia against Kenya even when our territorial integrity is threatened as was with the Maritime Dispute between the two countries.

The goodwill talked about by the Colonial Secretary in 1963 has been fulfilled!

Kenya is one and we have demonstrated this in word and deed – both in terms of the exercise of State Power and Economically - and there is no logical argument that can be made by any reasonable person to the contrary.