Resolving the root of the conflicts will give a permanent solution

•Leaders from the regions should come up with ways to ensure that they make basic education compulsory.

•The law should be amended to be very punitive to the perpetrators of heinous acts like cattle rustling and wanton killings. 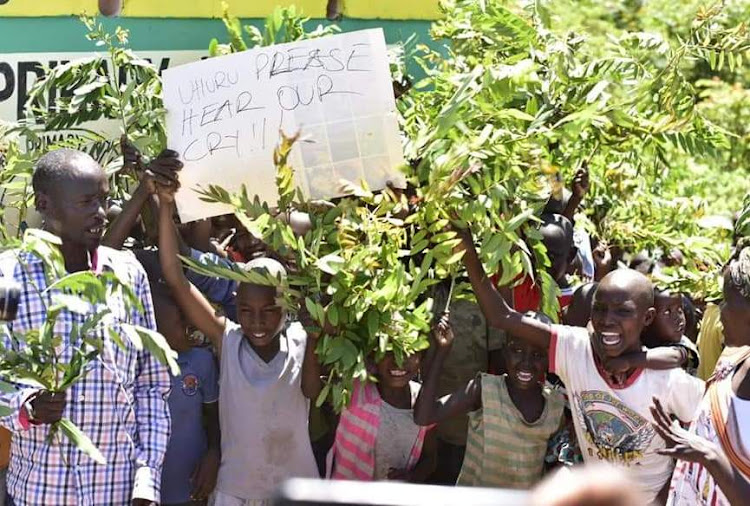 In the past year, Kenyans have continued to experience an increase in the cost of living.

As many households grapple with this, elsewhere security remains a major threat.

Families in Northern Kenya, Samburu, Kerio Valley and other parts of the Great Rift live in constant fear.

They live at the battlefront and don’t know when the enemy will strike next. For them, tomorrow is not guaranteed.

Last week, four people were killed in the Marakwet escarpments by armed bandits who made away with livestock.

The area has continued to experience constant inter-community fighting pitting the semi pastoralist community of Pokot and their Marakwet neighbours who are arable farmers.

Two weeks ago in Marsabit, six people were killed and 11 injured when the vehicle they were travelling in was sprayed with bullets by armed militia.

This being just one among a spate of killings in the county and coming hot on the heels of another major bloodshed in Samburu, which claimed 14 lives.

This happened after cattle rustlers attacked a village in Samburu prompting herders to retaliate.

Several weeks ago in Laikipia 10 people died, others were injured and hundreds displaced.

This was a result of pastoralist communities fighting their crop farming counterparts for grazing land.

The fighting between the pastoralist communities and their arable farming counterparts in the arid and semi-arid areas of the country is a perennial problem.

This is caused by several factors mainly, scramble for arable land with some of the conflicts dating back to the pre-colonial period.

The constant feuds in Marsabit pit two communities that speak almost the same language, the Borana and the Gabbra.

Over the years, the two have been fighting over scarce resources like water and pastures punctuated with cattle rustling.

Since the advent of devolution in the country, the battle for political supremacy in the area seems to be taking centre stage.

Residents in the area allege that the fights are politically instigated.

Documented figures from the past, show that the fighting is more pronounced during the national voter registration exercises and months to the general elections.

Killings in Kerio Valley and the expansive, North Rift region, have like in other pastoralist dominated areas, been attributed to cattle rustling, banditry and battle for land and water.

Over the years, the Pokot who live in the dry regions of Baringo, Tot - Marakwet East and West Pokot have been in constant fights with their Marakwet neighbours who reside in the wet arable lands.

Other areas in the vast region include the Suguta valley that is home to the Turkana, Pokot and the Samburu.

The communities have been at war since independence over natural resources. Cattle rustling and banditry is rampant in the area leading to the area being marked as a hot spot.

Laikipia region is a hot spot given the recurrent fighting and banditry attacks.

The problems date back to the pre-colonial era when the original communities in the area were relocated to create land for the white settlers.

The indigenous communities which are predominantly pastoralists were never resettled but remained alienated in the drylands of the county.

This has always brought a rift between the pastoralist communities and the crop farmers.

The conflicts are rampant during or a few months before the election. Politics has always played a big part in the intercommunity wars in the area.

Leaders from the mentioned communities have cited the proliferation of small arms from neighbouring countries like Uganda, Ethiopia and South Sudan as another cause of inter-community fights in the country.

The intercommunity conflicts can easily be overcome through a multi-sectoral approach.

The government cannot win this war alone but by working with different interested parties.

All the leaders from the warring communities should agree to bury the hatchet and meet at a round table with the government as a mediator, to end constant feuds.

Resolving the root of the conflicts will give a permanent solution as opposed to the reactionary measures which is a common norm in the country.

This will help rid the community of primitive behaviours like cattle rustling and banditry.

The national government can open up the remote areas in the country by constructing all-weather roads.

This will ensure that the areas are accessible hence, stopping the alienation of the communities living in those areas.

The law should be amended to be very punitive to the perpetrators of heinous acts like cattle rustling and wanton killings.

This will reduce cases in the short run and eventually, wipe out the behaviour from our country.