Of course, these figures must have increased significantly by the time IGRTC completed its work in 2018.

•Records of such assets must be secured to protect these critical national resources.

•With corruption on the rise in the counties, updating of county asset inventories should be concluded soonest and the lists made public for transparency. 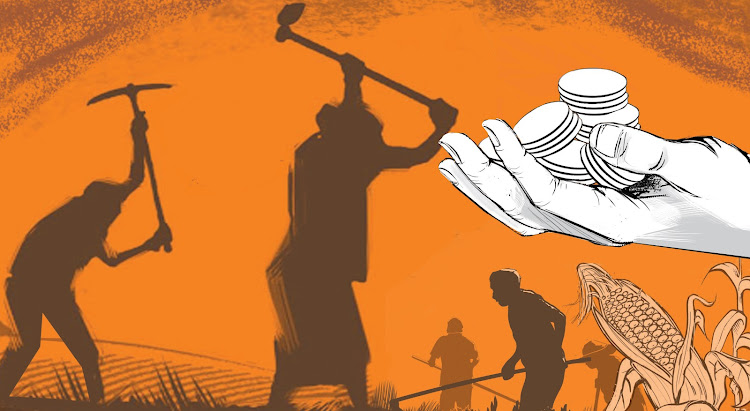 Devolution is at the heart of the Constitution of Kenya 2010. Counties are the pillars upon which devolution is anchored and therefore require adequate resources to discharge their constitutional mandate.

However, eight years since the counties became operational, the process of transferring the assets and liabilities of the former local authorities is yet to be finalized. This task was initially vested in the Transitional Authority (TA) whose mandate expired in March 2016. TA was replaced by the Intergovernmental Relations Technical Committee (IGRTC) which took over the transfer of assets to the counties as one of its functions.

Ascertaining the value of these assets and debts was critical before any transfers could be effected. As per Gazette Notice No. 2701 of 24th March, 2017, IGRTC was required to verify and validate all the assets and liabilities of the DLAs through a participatory stakeholder process, and then transfer these to the respective counties.

Subsequently, Gazette Notice No. 4370 of May 11, 2018 established the Inter-Agency Technical Team (IATT) to oversee the consultative process, working closely with the County Asset and Liabilities Committees (CALCs). IATT also included the Office of the Auditor-General, Office of the Controller of Budget, Ministry of Devolution, The National Treasury, National Lands Commission, Attorney General and the Council of Governors.

The process of identifying, verifying and validating the DLA assets and liabilities was completed in 2018. It was established that the total value of assets held by all the 175 defunct local authorities was Sh 110.84 billion as at March 27, 2013, while liabilities were Sh53.75 billion. Of course, these figures must have increased significantly by the time IGRTC completed its work in 2018.

As per Gazette Notice No. 4370 of 2018, the assets were to be transferred to the respective counties on “as is where is” basis. Additionally, IGTRC recommended that some of the assets be liquidated to settle debts inherited from the former local authorities.

Among the key recommendations by the IGTRC in its final report is that the national government develop a policy for management of assets during transition, including transitions of senior government officers. With the General Elections barely eight months away, there is need for such a transition framework to protect county assets from political mischief by way of illegal disposal and other irregularities.

Records of such assets must be secured to protect these critical national resources. With corruption on the rise in the counties, updating of county asset inventories should be concluded soonest and the lists made public for transparency.

Projects and work in progress are also defined as assets and must also be accounted for to avert situations where an incoming administration abandons ongoing projects with justifiable reasons leading to waste of public wealth. It is an open secret that this is done to make a quick buck through tenders awarded to cronies.

IGTRC also recommended that all unregistered public land be registered and titles issued and all unplanned public land be planned. All public land identified as having been illegally and irregularly allocated should also be repossessed. Community land held in trust by the counties should be delineated and urgently registered (if not registered) so as to protect it from encroachment and land grabbers.

A major bottleneck in implementing these recommendations is that some of the land that is supposed to be under the counties has been illegally and irregularly allocated and occupied and in certain instances not registered. By 2013, the former local authorities had 62,342 parcels of land of which only 53,453 were registered.

Current assets like bank balances should also be fully audited and accounted for during hand over from one county administration to the next. According to IGTRC, the DLAs held a total of Sh3.2 billion as cash and bank balances in 2013. Property rates owed to the authorities were a colossal Sh 84.53 billion. Again, the amounts could be much higher today signaling the urgent need to reconcile the books of the devolved units to give a true and accurate representation of their financial health.

The national government and the counties, through the Council of Governors, should consider a multi-agency approach in fast-tracking and finalizing the transfer of assets to the counties in a well-coordinated, transparent and accountable process. The process should be insulated from political and other vested interests, for instance, cartels eyeing such assets or seeking to retain illegally acquired public land.

By Gazette Notice No. 9221 of September 10, 2021, the CS for Devolution established an institutional framework to guide in the valuation and transfer of assets of the defunct local authorities and assets of the National Government related to devolved functions. This is aimed at securing and safeguarding proprietary ownership of the assets of the national and county governments. This will also result in timely, efficient and accurate valuation and transfer of such assets.

Implementation of the valuation framework should be expedited. Perhaps, it is also time that an annual State-of-County-Assets-and-Liabilities Report was made mandatory to be tabled by Governors to the county assemblies each year. This will help keep track of public assets at the devolved level and compel counties to be more accountable to the people.

Choto is a legal and policy analyst. Email:  [email protected]