Some players are hell bend on curtailing any well-intended government initiatives.

• Cup of Joe Company Limited is one such player violating tea importation and exportation regulations in the country.

• The company has not shown any proof that the tea it is importing into Kenya is not available in the domestic market. 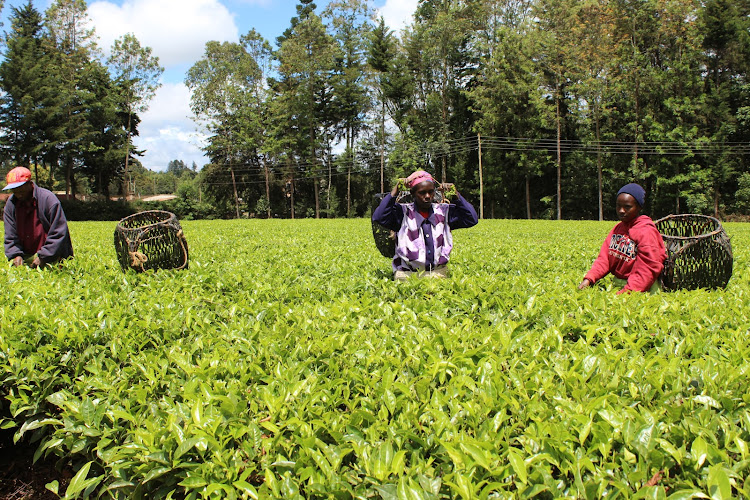 The tea sector is one that the government through the Ministry of Agriculture has continued to reform with the aim of making it attractive to Kenyans in order to ensure increased productivity, creation of jobs and increased foreign exchange.

As these efforts are going on, it is emerging that some players in the sector are hell bend on curtailing any well-intended government initiatives.

Cup of Joe Company Limited is one such player violating tea importation and exportation regulations in the country.

In one example early in 2021, the Mombasa based company imported tea into Kenya from Iran and Vietnam without prior authorization and approval by the Agriculture Food Authority (AFA) and the Tea Board of Kenya (TBK).

The revelation comes after the Kenya Revenue Authority (KRA) raised the red flag after discovering that the company did not seek pre-approval for the importation of tea from the regulatory bodies as required by law.

The discovery of the malpractice is an unquestionable contravention of the Tea Act 2020 which requires anyone seeking to import tea into the country to certify that the tea being imported is neither available in the local market nor at the East Africa Tea Trade Association (EATTA) auction.

The company has not shown any proof that the tea it is importing into Kenya is not available in the domestic market.

However, it continues to illicitly import, blend and package black tea, hurting the tea sector and creating stumbling blocks to some of the initiatives that the government is fast-tracking to reform the tea sub-sector.

Cup of Joe is also believed to be under-declaring and/or un-declaring some of its tea consignments once it arrives at the port of Mombasa.

This poses serious risks to consumers as the company uses some of these undeclared tea consignments to blend and package black tea without due quality assurance tests done by the Kenya Bureau of Standards (Kebs).

Blending and packaging of illegally imported tea whose quality is questionable may end up spoiling the brand of the Kenyan tea which is globally renowned.

Cup of Joe is also believed to facilitate some of its nefarious tea dealings with a sister company based in Dubai, a buffer plan to complicate and to stretch thin any investigations into its illegal dealings in the tea sector.

Illegal practices by companies such as Cup of Joe in cohorts with local and international facilitators to derail Kenya’s tea sector provides credence to the needs for tea sector reforms which the government is currently implementing to make the sector more profitable to farmers and to protect internal and external consumers from potential harm from tea whose quality is untested and verified.

The revelation comes amidst an ongoing forensic audit of all the Kenya Tea Development Authority (KTDA) factories which is in one of the initiatives that the Ministry of Agriculture has instituted to address issues of low payments to tea farmers in recent years.

The government’s introduction of tea reserve pricing has significantly improved tea auction prices which have seen payments to farmers improving.

Kenyans need to remember that the tea sub-sector is a critical contributor to Kenya’s economy and employs more than six million Kenyans directly and indirectly which explains the reason why the government is keen on reforming the sector to become more productive.

Trading illegalities being committed by Cup of Joe are not helping the tea sector which has had its fair share of challenges even as the government is currently implementing reform programmes to revitalize the sector.

Kenya’s tea exports were once among the country’s top foreign exchange earners but cohorts of ill-intentioned individuals working with nefarious companies like Cup of Joe are adding to the woes being felt by tea farmers by denying Kenyan tea, the markets and eroding jobs in the tea sector value chain.

Trading off Kenyan tea for smuggled tea with questionable quality jeopardizes many lives that depend on tea farming and denies the government the much-needed revenue apart from retarding the tea sub-sector reform dividends.

By Kipkoech Kemboi and Adil Awan