VICTOR BWIRE: Busia deputy governor, you belong to the past

You reminded Kenyans publicly that the Samia people from Busia are the poorest in the county.

•The area has numerous sources of water including River Sio which drains into Lake Victoria. There are numerous steams springs and dams and is well endowed with fisheries resources both in aquaculture and capture.

•Such an area by DG with your background in agriculture and the position you occupy in the government, ought not to be talking about poverty blamed on past leaders- its rather we should be asking you why this area is not a food basket for the County. 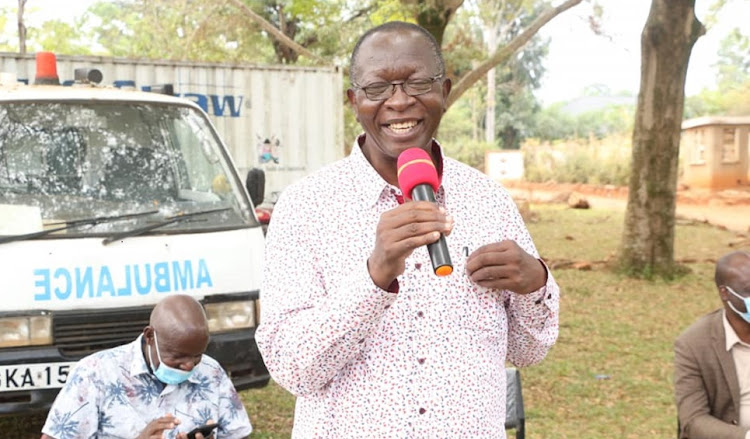 In the famous play “Betrayal in the City”, Francis Imbuga, gives an indication of what bedevils a few public institutions in the pursuit of development and resource utilization.

Through one of the characters who had miserably failed to understand his work and mastered inefficiency, Imbuga uses the phrase “I was trained but given the wrong job”. Mr Moses Mulomi, the Deputy Governor of Busia County, be reminded that the kind of talk you and your ilk are perpetuating is very dangerous and belongs to the past; a past where leaders looked at themselves from which clan, village, or tribe they came from so that all they did or invested in revolved around themselves.

You reminded Kenyans publicly that the Samia people from Busia are the poorest in the county and have contributed to the high poverty index in the county.

Worst when you make such unfortunate remarks as we approach the 2022 general election. Your thinking is that given the sub county has produced ministers in the former governments, and ' never' did anything is not only laughable but very misplaced and meant to stereotype a community. It's bad and borders on ethnic incitement and very insensitive.

To judge and condemn a whole community because of a few politicians you have encountered exposes your lack of appreciation and respect for others. DG, it was out of such failed thinking where development was tied to individuals serving central government and expected to extend favors to their tribes. Kenyans voted for devolved governance structure with resources being decentralized to ensure such challenges such as poverty, which are region specific are handled by County Governments.

This is the 8th year of devolution and your 4th year as DG, and you are still blaming the current poverty and people who left service nearly 10 years ago, this is misplaced.

As the deputy Governor of Busia and CEC for Health, you know how that health sector in the County stalled and basic things such as the renal unit (I lost a cousin because we had to take him to Bungoma weekly for dialysis) function sporadically, you can apportion poverty in the county to the Samia people. We will not even go the distinguished record and pacesetting people from Samia have done in various fields at this juncture.

As an agriculturalist by profession, who served in various senior positions in the Government of Kenya and private sector, you are aware that given proper planning, resources and prioritization that is de-tribalised, Samia has a huge potential for growth especially in the agricultural sector.

These are very hard-working people. For many years in the past, they invented and produced locally made knives, spears, jembes and grinding stones. People from neighboring communities came to purchase this merchandise from Samia.

This community has had many professors and doctors in many fields.This was because the missionaries’ institutive schools here in the early 20th Century, Samia Sub County which makes Funyula constituency falls within Lake Victoria basin and is covered by a range of hills comprising the Samia hills that containing acid and sub-acid lavas, tuffs and agglomerates, banded quartzite and iron stones.

It has two rainy seasons; the long rains and the short rains that supports two cropping seasons during the year. Most of the soils in the constituency are moderately deep, generally rocky and stony consisting of well drained red clays which have a low natural fertility with capacity to support marginal sugarcane zone and cotton.

The area has numerous sources of water including River Sio which drains into Lake Victoria. There are numerous steams springs and dams and is well endowed with fisheries resources both in aquaculture and capture.

Such an area by DG with your background in agriculture and the position you occupy in the government, ought not to be talking about poverty blamed on past leaders- its rather we should be asking you why this area is not a food basket for the County.

Not sure why the Muluanda border point connecting to Uganda has been done which would have been a game changer in the sub county- I thought you pursuing such stalled projects- even national- would be beneficial rather than. Some People in Samia even don’t know you, and as a likely candidate in the county, it behooves you to be cautious, respectful, and sensitive to people. Let not this little things overwhelm you.

A study by Katiba Institute entitled “Participation of ethnic minorities and marginalized communities in political and other governance processes: realities and approaches” which was done in Busia and other counties notes that such tribal undertones from our political figures are the bane of our peaceful co-existence in this country. That such derogatory remarks and attitude towards others is unwelcome in the current century.

The study notes that the systemic exclusion of certain ethnic groups and communities from participating in political and other governance processes in Kenya is an issue of major concern.

It is, therefore, in the interest of any State to pursue policies that involve all sections of the society and where some sections may have been left behind, for various reasons, to adopt policies that will enhance their inclusion in political and other governance processes in a way that alleviates the disadvantage.

Many of the ethnic communities also have several sub-ethnic communities which may be marginalized differently and some of whom may consider themselves different from the community that they may be associated with because they feel excluded or looked down by others like what the DG statement made.