BUCHIZYA MSETEKA: Is Africa slipping back into chaos? As ever all is not what it seems

• What are the economic and political consequences for the resource-rich continent of this turn of events?

• In an eerie echo of the past, the putschists called themselves the National Committee for Gathering and Development and promised to “restore democracy”. 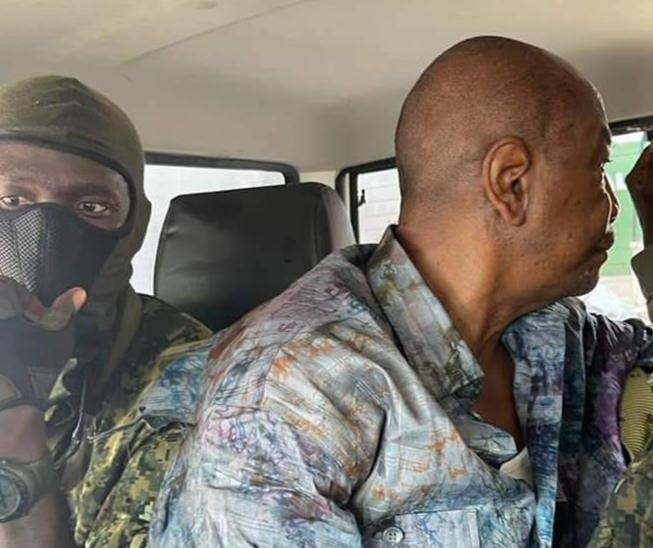 After a few decades of good behaviour it seems Africa is repeating the mistakes of the past.

A sudden rush of military coups, unrest, and unconstitutional transfers of power, along with attempts to avoid constitutional duties leaves one tempted to conclude that the much-vaunted African Renaissance, promoted by far-sighted politicians like Thabo Mbeki at the turn of the century, is now a shimmering mirage in a desert of poor governance and democratic backsliding.

What are the economic and political consequences for the resource-rich continent of this turn of events? Should investors take fright and abandon plans to secure Africa its rightful place in the world trading system? Should young Africans conclude there is little hope of them finding an economic future at home and continue seeking opportunities elsewhere — both legal and illegal? Or is this actually a positive development, the final kicks of a dying horse in that those who have been replaced were the last of an old guard who stood out against democratic change and are not at all reflective of modern Africa.

Sunday September 5 brought news of the latest coup. An elite special forces unit responsible for the physical protection of Guinea’s President Alpha Condé announced it had arrested the 83-year-old, fired the government and dissolved the constitution and national assembly.

In an eerie echo of the past, the putschists called themselves the National Committee for Gathering and Development and promised to “restore democracy”.

On closer examination, however, it is very different from the past. There will be few tears shed over the demise of Condé who fell victim to one of the oldest of bad habits of African leaders — change the constitution so you can stay on and on and on. In Uganda, Yoweri Museveni — who stabilized the country after decades of violent misrule — risks squandering his entire legacy through this addiction.

To avoid stepping down after two terms of office, Condé pushed through a new Constitution and then declared himself the winner of contested elections — all in violation of the spirit and letter of a new democratic path Africa’s main institutions are trying to lay down.

Dozens were killed in protests and hundreds more arrested. Little wonder then that the opposition has welcomed the seizure of power of Lt-Colonel Mamady Doumbouya, a French-trained former legionnaire. Hundreds of excited citizens took to the streets of the capital to celebrate. Will they still be smiling in six months?

The coup coming shortly after two in Mali and a consolidation of military rule in Chad, and a popular uprising in Sudan which led to a military takeover fly in the face of the aspirations of the African Union (AU) and Regional Economic Communities (RECs). Bodies such as Economic Community for West African States (ECOWAS), East African Community (EAC), and the Southern African Development Community (SADC) are working to further strengthen democratic institutions to provide the environment for Africa’s much-needed economic take-off. 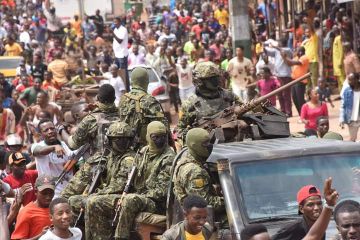 It also comes after investor confidence was damaged by the worst unrest in South Africa since the end of apartheid in June, Ethiopia’s rapid descent into civil war, rising insecurity in Nigeria’s northern states, a bloody ISIS-linked rebellion in northern Mozambique, a crackdown on opposition supporters in Tanzania, and a spike of attacks across the Sahel by al-Qaeda surrogates.

Against this, Zambia’s peaceful transfer of power when an opposition leader last month replaced an unpopular incumbent without a trace of blood being shed stands out like a beacon of hope.

The two events may not be as far apart as they seem at first glance.

Guinea boasts one of the largest global deposits and production of bauxite and iron ore and has other rich resources like diamond, gold, salt, cement and granite. The coup in Guinea has already seen the price of aluminium soar to the highest levels in more than 10 years.

Concerned mining companies are wondering if Guinea heralds the future for West Africa or can the Zambian-model be exported from southern Africa?

Mozambique is also a resource-rich country and boasts of 100 trillion cubic feet (Tcf) of proven gas reserves as of 2017. The country accounts for about one per cent of the world’s total natural gas reserves of 6,923 Tcf. Can Mozambique prevent the insurgency spreading and focus on economic development without foreign troops coming to its aid? In all these countries, the bulk of the population has seen little economic benefit from their respective country’s natural wealth. That must end.

The tragic events of Afghanistan teach us that foreign help can only do so much. Domestic agency is needed. In Democratic Republic of Congo, home to almost every mineral resource on this planet, Islamist rebels from Uganda are rampaging through the North Kivu region. Can the DRC hold together? Is it once again a victim of powerful foreign interests or a failed political leadership that has left the country in perpetual instability and ruin?

In Ethiopia, the country is tearing apart as what started as a government military offensive against a renegade regional government and its military wing, has turned into a full-blown war, with nasty ethnic undertones. The implications for Ethiopia’s carefully crafted federal unity, and for peace and stability in neighbouring Eritrea, Somalia and Sudan are too ghastly to contemplate.

Other African trouble spots are the entire Sahel region which is gripped by an escalating armed Islamic insurrection. Specifically, Burkina Faso, Mali, Niger and northern Nigeria are caught up in this unending strife. Central African Republic, famed for its diamonds, Madagascar, Mauritania and South Sudan are also witnessing an instability reminiscent of the post-independence decades.

In all these African trouble spots, the common theme has been the lack of or the reversal of democratic gains and rising popular discontent by citizens angry about rising poverty and inequality, and clearly frustrated by what Nelson Mandela referred to as the “tragic failure of leadership”, in summarising political problems that were unfolding in Zimbabwe in the 1990s.

But is Africa heading backwards? Does the old alcoholic have one hand back on the bottle or are we just seeing an inevitable generational-style clash of cultures? The Condés of Africa are a throwback to an age which the much-better educated youth of today will not accept. Those who fail to allow themselves to be swept away by the ballot box risk leaving office at the end of the barrel of a gun. Is that inherently undemocratic?

What is clear from Zambia to Guinea, is that young Africans of today will no longer tolerate governments depriving them of free choice and economic well-being.

This story has been republished from Medium.

The author is the co-founder and director of Leriba Consulting Ltd which provides in-depth analysis and tailor-made business advice for investors in Africa. E-mail [email protected] for more information.