Kenyans will be voting and inadequate funds is a flimsy excuse

•The influence from the political class (Executive) is adversely affecting IEBC. 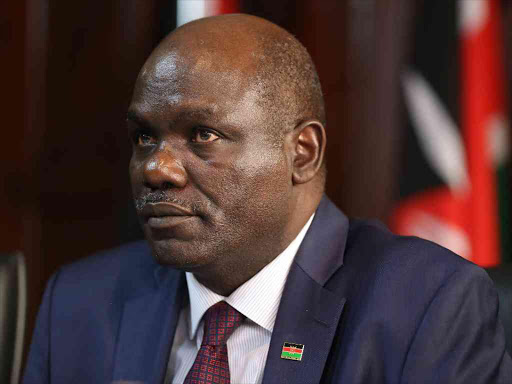 It’s one year to the 2022 general elections. People's wishes and aspirations are expressed through secret ballot as per the dictates of democracy.

It's quite unfortunate to hear that IEBC has no enough funds to foster its activities that include voter registration, printing of ballot papers, electoral survey, and ensuring that the technologies are up to date to avoid election irregularities among other roles.

Will IEBC realize its objective come 2022? Time without number the issue of IEBC deficits has been clamoured by the officials in the commission, like now Sh14.6billion less from its 2021-2022 budget allocation is a blow to its operations and people will have no faith in its independence.

This is because the same happened in 2007 and 2017 elections where supplementary budgets were incorporated to facilitate elections.

Why is the government not allocating enough funds to enhance this important commission and its activities?

People's power and democratic rights are being infringed at the expense of policies stipulated in our Constitution which actually states that It’s a constitutional requirement for one to vote.

IEBC  knows what it wants for its people, its cardinal objective ensuring there is transparency and accountability, voting right because it is an independent institution.

The influence from the political class (Executive) is adversely affecting IEBC.

On August 9 2022, Kenyans will be voting and inadequate funds is a flimsy excuse.

Why should IEBC wait until the approach of general elections to raise these issues? Is this the right moment because budget allocation meant that funds were adequate to finance the commission?

Politicians will be using billions of money to garner votes, the move to restrict them to use a reasonable amount is not enough especially in  Kenyan society politics.

Is it necessary to use billions in a campaign? Is the election process a business in Kenya?  What if a certain amount should be taken from registered candidates from various parties to facilitate this democratic process?

The 2017 election saw many lose their lives amid efforts by self-interested parties to meet their motives.

Musando's extra-judicial murder is still memorable and the very heart of Kenyan, a man who stood for what he knew was for the benefit of this nation, was eliminated because he wasn't ready to collaborate with “election looters”. He is a hero.

System operators should not be aligned to political parties, manipulating data just because they are “threatened” or given the common “chai”.

Are we the modern version of the incident that happened in the Democratic Republic of Congo? DRC was the first country in the world that upon election, her election official announced that there was no money for election, then from there something inimical happened, history records it vividly.

We will not allow this to happen in Kenya, It’s a recipe for disaster.

The Registrar of Political Parties is letting us down, why should we have over sixty political parties with the same agenda?

What is it that a political party is doing that is different from the other?

Reduce the number of political parties, the repeal of section 2A of the constitution in 1991 to allow Multipartism. I think we Kenyans are misusing it.

Every alliance is talking about revamping the economy but no permanent solution to what is bedevilling us.

The government should take an initiative to finance the commission to ensure the realization of processes. Do not curtail the democratic liberty of people and allow Kenyans to vote right.

Student of communication and media technology