MCK with support from FAO has been part of the team mobilising local communities in climate change mitigation.

•According to the Kenya Health risk profile (world Bank, 2015), the risk of malaria and other vector-borne diseases are projected to increase in future years due to changing climate conditions.

•More severe and frequent flooding may displace communities and increase the risk of water-borne diseases, and higher temperatures may threaten food and nutritional security, agricultural livelihoods, and increase heat-related deaths in the elderly. 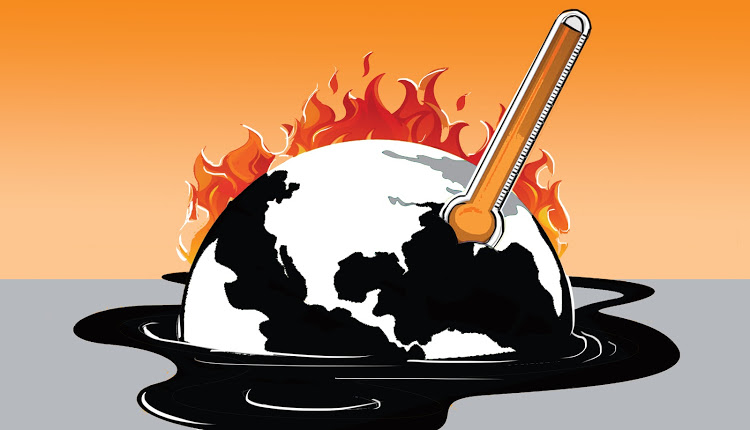 The world is continuously under threat due to climate change that has been occasioned by habitat loss and environmental degradation.
Image: THE STAR

The adverse effects of climate change on the socio economic development in Kenya is gradually being felt and attention focusing on the issue by the authorities.

With recorded negative impact on communities including the floods in Budalangi that have displaced people, Lake Victoria backflow that have seen beaches and water pumps threatened with submersion, disrupted harvests and related food insecurity fears to drying of water catchment areas, surges in malaria cases among other effects, focus on climate change mitigation and adaptation are gaining ground even as the legal framework has been favorable to such interventions since 2016.

According to the Kenya Health risk profile (world Bank, 2015), the risk of malaria and other vector-borne diseases are projected to increase in future years due to changing climate conditions.

More severe and frequent flooding may displace communities and increase the risk of water-borne diseases, and higher temperatures may threaten food and nutritional security, agricultural livelihoods, and increase heat-related deaths in the elderly.

Given the situation we are witnessing as relates to climate change in Kenya, there is urgent need for sustained and deliberate interventions across the national and county governments including public and private sector players as Kenya moves to galvanize support towards climate change adaptation and mitigation. While the progress has been slow in pushing the climate change agenda to the local communities because of governance and lack of political will at the county level, gradually implementation of the multi-level legal framework is becoming a reality.

Aware of the complex nature of dealing with climate change with its attendant effects, and need to involve both the national and county governments in creating a critical mass need for behavior change, the Climate Change Act 2016 created structures that allow both the two levels of government to have distinct and supplementary roles in managing matters climate change. The country has been implementing the multi-level approach to dealing with climate change issues since 2016, and its now ripe for an audit of the interventions.

Its hoped that the 2021 devolution conference in Makueni County later in August whose theme will be “Multi-Level Governance for Climate Action” due to the impact of climate change on socio economic development in Kenya will do a proper audit and make practical recommendations to fill in the gaps that have frustrated the full implementation of the multi-level government system in climate change in Kenya- the county has a unique policy approach to managing the climate change situation, combing both bottom up and top down interventions given the devolved governance system in the country.

Later in November this year, the UK government will be hosting 26th UN Climate Change Conference of the Parties (CoP26) and Kenya will send a strong delegation to the summit to share experience and success in implementing the multi-level governance system to climate change.

Already, matters climate change are part of the big four agenda through which the government has committed to focus on adopting sustainable development path, which will benefit posterity as anchored in the Vision 2030. Kenya Country hosted a global conference in November 2018 on the Blue Economy as a way of showing commitment to the SDGs. Both Kenya’s Green Growth Economy Strategy and the recent Blue Economy Strategy paper   are indication of the country’s effort to actualize the larger circular economy principle, which is part of SDG 12 to which Kenya a signatory thus has a responsibility to promote proper natural resource utilization.

With the passing of both the climate change Act 2106 and the Fisheries Management and Development Act 2015 and the subsequent policy frameworks, Kenya has made a statement on her commitment to pursue an economic growth and development model that ensures that natural assets are exploited responsibly.

Additionally, in Kenya, there are a number of laws and bills enacted to promote green growth and blue economies among them the Environmental Management and Coordination (Amendment) Act 2015, Vision 2030, Energy Act 2012 and Green Economic Strategy and Implementation Plan (GESIP) 2016-2030. Experts note that the Country’s path to the realization of the SDG 12 on responsible consumption and production and promotes the principles of reduce, re-use and recycle and Paris Climate Change Agreement, to which she is a signatory.

The Media Council of Kenya with support from FAO has been part of the team mobilising the participation of local communities in climate change mitigation and adaptation interventions through use of the media to create awareness and cause behaviour change. The Council in addition to developing a curriculum for training of journalists and public communicators has been running trainings for journalists on reporting climate change.

The media is an important channel for information that can empower people to effect positive social change. It informs vulnerable communities of impacts of climate change and how they can adapt to them and can promote mitigation activities that limit the amount of warming the Earth experiences. Most local communities in Kenya exist predominantly in the climate frontline, waging themselves in a daily struggle to adapt to the changing climate. Yet most of these communities, if not all, lack the requisite information and skills needed to understand the entire consortium of weather, climate change, mitigation, and adaptation issues.

County governments through their County Integrated Development Plans (CIDPs) are required to include climate change as a cross cutting issue and many have a County Executive Member tasked with climate change matters, who must present an annual report to the County Assembly for review. Among the counties with a climate change regulation and policy is Busia County, which hopefully will share its experiences during the devolution conference in Makueni, relating its handling of floods, lake Victoria backflows and related adverse effects of climate change.