Party campaign team in Kiambaa started on a wrong footing

•I would have expected them to be candid and frank when briefing the President about the situation on the ground.

•The answer did not lie in kicking out the trio. Majority of them have no problem with Uhuru and still considers him as their kingpin. 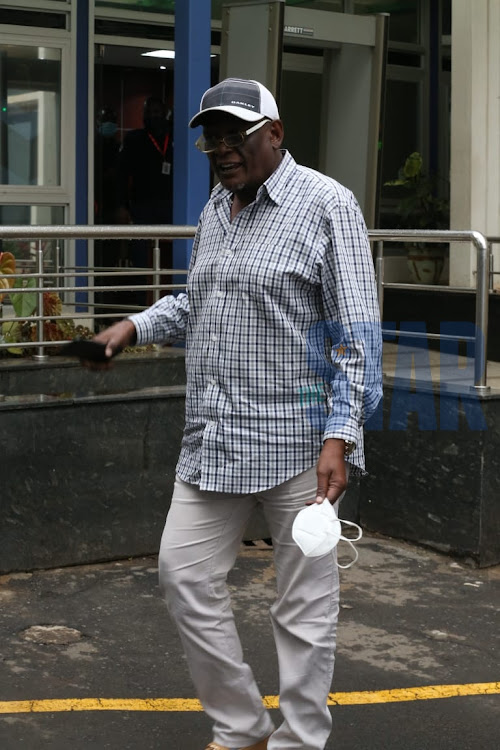 David Murathe as he leaves Madison House where he was grilled by EACC officials for close to four hours on September 4, 2020.
Image: FREDERICK OMONDI

Unlike UDA which had preached the ‘hustler nation’ narrative for more than three years, the Uhuru team hit the ground running for only three weeks.

Nevertheless, when the campaign period ended, the latter had high expectations that it will deliver the seat. One of them was quoted as saying, “Our candidate will garner more than 70 per cent of the votes cast”

This did not come to pass. The Jubilee party was defeated by UDA’s candidate albeit with a small margin of 50 to 49 per cent.

Did they lose because of failing to campaign early? Was it because of the poor organisation, coordination and lack of teamwork?

The elected Jubilee leaders started on a wrong footing.

Many realised all was not well when Kiambu Governor James Nyoro came out guns blazing to denounce the remarks made by National Assembly Majority leader Amos Kimunya.

Nyoro warned that Jubilee was likely to lose if it allowed outsiders to lead the Kiambaa campaigns as they didn’t understand the county’s politics.

He asked the Jubilee headquarters to reorganise the team and ensure he was included. As a governor, “I am supposed to play a key role.”

As it turned out, the bad blood between him and Kimunya was far from over.

On election day, the latter was confronted by a group of youths in one of the polling stations.

Attempts to explain to them and display a letter from the IEBC showing he was a poll agent fell on deaf ears.

However, some firmly stood with him. “Don’t try to push him, he is one of us.”

Kimunya is not going anywhere. There were speculations that the youths chanting anti-Kimunya slogans had been hired by Nyoro.

Having said this, I would not have expected Kimunya to turn up. We know his earlier comments had not gone down well with residents.

So, his presence could have made the people who wanted to vote for Kariri Njama to change their minds.

Hours after IEBC declared Njuguna wa Wanjiku the winner, the blame game in Jubilee’s file and rank started in earnest.

The three were not on the ground. So how did they contribute to the loss?

To me, the mobilisation of the resources, facilitation and offering of technical support to the campaign team was the core functions of the officials.

I would have expected them to be candid and frank when briefing the President about the situation on the ground.

The answer did not lie in kicking out the trio. The majority of them have no problem with Uhuru and still considers him as their kingpin.

However, the only concern is that he has been keeping them in the dark regarding the issue of his succession.

If he has made up his mind that DP Ruto is unfit to lead and so he will not support him, he should give us the direction.

We are ready to listen to his word. But it will be difficult to convince us to support two candidates if he ends up fronting one of them.

Notably, the three officials have stood out as key pillars of President Uhuru Kenyatta's party.

They had previously thwarted attempts by a rival team to take over the leadership of the party through the back door and reduce him to a lame-duck President.

At one time, the rival group stormed the Jubilee headquarters when the President was out of the country.