THE PARTY IS AILING

•Kiraitu’s position is informed by the ‘defections’ of DP Ruto, who is the deputy leader, and his allies to United Democratic.

•For now, they are still members of the Jubilee. Reason? The national constitution and the party constitution do not allow a member to belong to another party. 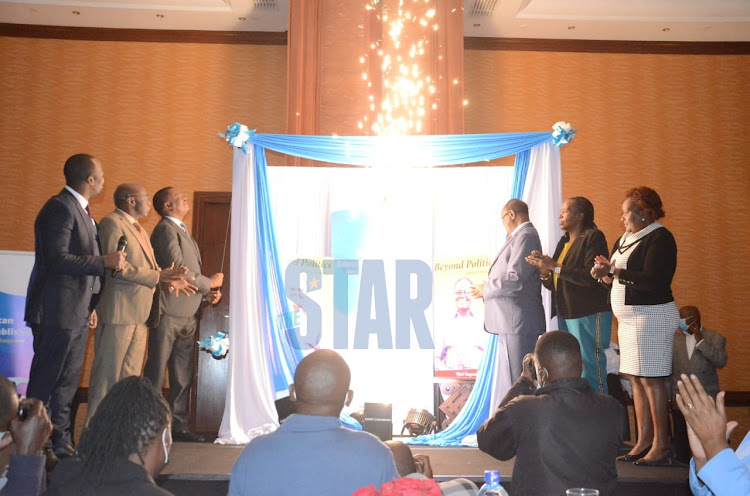 A few days ago, one of the mainstream newspapers started serialising the contents of a book by Meru Governor Kiraitu Murungi.

I would keenly read and analyse his observations because Kiraitu is not an ordinary person; he is a veteran politician and an astute Kenyan leader whose track record in the fight for democracy and human rights is immeasurable.

During the clamour for multi-party democracy, he cast his lot with Opposition leader Jaramogi Oginga Odinga.

This followed the split of the original Forum for Restoration of Democracy that heralded the emergence of two political formations.

The insistence by Kenneth Matiba, one of the leading crusaders, to become the automatic presidential torch-bearer was the root cause of the fallout.

He had just returned from Britain where he had gone to seek specialised medical treatment following the stroke he suffered while in detention.

In the subsequent general election held in 1992, both Matiba and Odinga contested for the presidency.

As a founder and leader of Ford Asili, Matiba used the party ticket and Odinga, on the other hand, used the ticket of Ford Kenya.

For Kiraitu, he went ahead to win the South Imenti parliamentary in Meru.

This was not an easy ride given that Ford Kenya was widely perceived to be a Luo party. Notably, Mwai Kibaki, the leader of the Democratic Party, garnered a majority of votes in the region.

The hand of then-President Daniel Moi, who was touted as “professor of politics”, was seen in the split.

In Mt Kenya, he did not want the region to vote as a bloc for Matiba.

He knew this posed a real danger to his re-election. This explains why it was hard to sweep the talk that Kibaki was Moi’s project under the carpet.

Kibaki never participated in the struggle for political pluralism and instead remained an ardent loyalist of Moi.

At one point he made the infamous remark likening the crusaders to people trying to cut a Mugumo tree with a razor blade.

He ditched Kanu for DP after President Moi caved in to pressure.

In his book, Kiraitu observes that the first commandment of politics is survival; survival at all costs.

This answers the question of why he later opted to join Kibaki’s camp.

Were it not for a split, I concur with Kiraitu that Ford could have won the election.

Come to the 1997 elections, when he successfully reclaimed his seat on the DP ticket, the opposition leaders had not learnt any lesson. That is why they were again defeated by Moi.

The book further captures what Kiraitu refers to as the curse of Kenya in its quest to form long-lasting and ideologically-based political coalitions.

Being a leading light in the formation of Narc and PNU coalitions that catapulted President Kibaki to power in the 2002 and 2007 general elections respectively, he notes that both died after the “delivering the presidents.”

For the ruling Jubilee Party, which he helped to cobble up, he fired a bare-knuckled observation. Jubilee is dead; bury it. Here I choose to disagree with him. Jubilee has not reached the stage of being declared dead.

I, however, agree that the party is ailing but it is too early to conclude there is no cure for the disease. President Uhuru is the party leader and I am yet to see him losing his grip.

Kiraitu’s position is informed by the ‘defections’ of Deputy President William Ruto, who is the deputy leader, and his allies to United Democratic Alliance.

For now, they are still members of the Jubilee. Reason? The national Constitution and the party constitution do not allow a member to belong to another party.

Besides, they are still paying the monthly subscription to the party and are yet to write resignation letters.

However, I want to make this clear, political parties and coalitions are formed by people and, if some want to leave, they are free to do so.

This however does not necessarily mean the party will die. More people will join if it is run by leaders who mean well for the country.

Contrary to critics, Uhuru is a good leader and he enjoys support across the country.