DIAZ: The world is moving on

Mass vaccination campaigns are proving to be the game changer.

• Mass vaccination campaigns are proving to be the game changer and perhaps the only way out of the treacherous loop which continues to dent global growth while extending the gap between the haves and have nots.

• The World Health Organisation (WHO) has warned against the premature rush back to normality as variants of the virus wreak havoc. 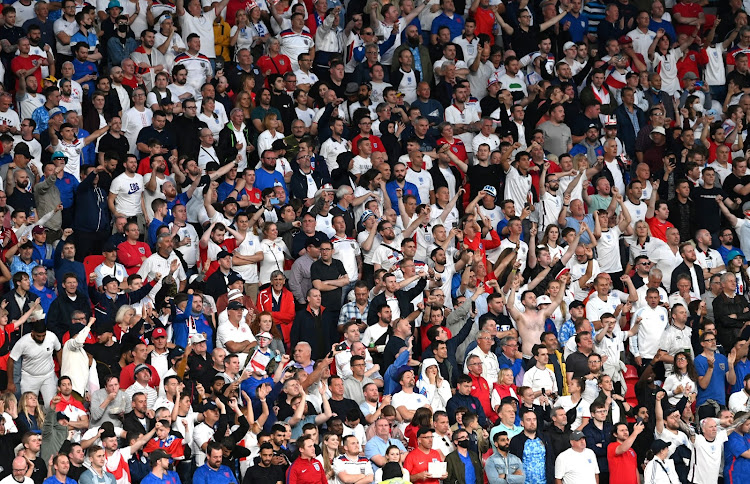 It may be years until the Covid-19 pandemic is completely vanquished.

It might as well take much longer, with still no known cure for the virus.

Rapid testing and inoculation might remain the order of the day into the distant future as the end of the global health crisis remains not just unknown but also uncertain.

More than one year since the designation of the virus as a pandemic, we continue to see a largely unchanged order of events; an escalation of infections, the scaling up of containment measures and the subsequent cooling down of infections only for the loop to restart.

Nevertheless, mass vaccination campaigns are proving to be the game changer and perhaps the only way out of the treacherous loop which continues to dent global growth while extending the gap between the haves and have nots.

On July 4, millions of Americans gathered in their thousands to mark yet another independence anniversary.

Unlike a year ago, social gatherings were allowed with no holds on social distancing and the wearing of face coverings as crowds partied late into the night.

Scenes on television could be mistaken from file footage from years ago as Americans truly ushered in ‘freedom’.

Moreover, thousands will gather and travel freely around the country for their summer holidays as the US barely keeps and Covid-19 containment measures.

From the NBA, the NFL to the UFC, life in America has virtually returned to pre-pandemic times.

In Mid-June, New York City lifted all remaining restrictions with Governor Andrew Cuomo terming the change as a momentous day having marked a notable level of mass vaccinations.

Today, the US government faces pressure to lift remnant measures such as constrained international travel and cross border movement as its border with Canada for instance remains closed.

The federal government has moved to formulate interagency working groups to review measures as Americans itch to travel and do business across their borders once again.

Airlines, travel businesses, hotels and airports have for instance retaliated of continued losses with estimates putting the cost of frozen international travel at an equivalent 1.1 million jobs or 175 billion dollars in value.

In the United Kingdom, the English await their ‘freedom day’ later this month when the government is set to implement its level 4 of easing containment measures to include a waiver of all mitigation measures.

Nightclubs will be allowed to open, all limitations on social distancing will be listed while sports and music venues will fill up to the brim again.

The easing of restriction is expected to find anchoring in the warmer summer weather and school holidays.

Across the world, other countries are getting in on the act.

Canada has for instance begun loosening restrictions as is the case in Germany where authorities have found no compelling reasons to keep restrictions in place after marking high inoculation rates.

However other countries have taken a conservative stance including Scotland and Wales who have pushed back on their ‘freedom’ declarations.

The caution observed is nevertheless without course as the pandemic remains a consistent threat for all.

The World Health Organisation (WHO) has for instance warned against the premature rush back to normality as variants of the virus wreak havoc.

According to the global health lobby, countries doing so risk paying a heavy price as some territories run up only to their second and third wave of infections.

The delta variant, formerly regarded as the Indian variant has for instance complicated strides forward as it shows greater resistance to vaccines.

Covid-19 infections are doubling every three weeks, from four weeks previously with the delta variant contributing to the near half a million new cases in the Americas and Europe each week.

Already UK Prime Minister Boris Johnson is facing pressure ahead of the final lift to restrictions including from the British Medical Association (BMA) even as the Premier insists that people must learn to live with the virus.

While 42 million in the UK have at least received their first jab, experts have warned of the risk for more hospitalizations as they call for a push back on ‘freedom day’.

The situation is much tougher in the rest of the world as the majority of countries remains under strict measures.

South Australia recently avoided a full lockdown after seeing new local infections in more than 200 days but saw a ramp-up in restrictions.

In South Africa, the government is set to extend tough restrictions including a second ban on the sale of alcohol and the closure of non-essential businesses such as gyms and cinemas.

In Mid-June, Uganda went into another total lockdown after a rise in infections with President Museveni swearing to stop the ‘joke’- the ignoring of public health guidelines.

The movement of public and private transport vehicles has been restricted while the country is under a 7 pm-5:30 am curfew.

Courtesy of the delta variant, 13 of Kenya’s Counties in the Western region are under tighter restrictions including a 7 am curfew start time.

Even so, the rest of the country has avoided a total lockdown but most restrictions persist.

Nevertheless, the government now appears keen to take on the virus by the horns.

For instance, Kenya has accessed funding from institutions such as the World Bank for vaccine purchases.

Moreover, the government now has direct exchequer funding for vaccine procurement after failing to allocate monies in the concluded financial year.

In his recent address to the nation, President Uhuru Kenyatta outlined his very own roadmap to a potential end of restrictions including the full inoculation of at least 26 million people by June next year.

The attainment of this target could very well usher in Kenya’s own freedom day while the setting of the marker shows the country is also prepared to move on in the new post-pandemic world.