Fishing plays a significant role in the food security, livelihoods of the local communities.

• Although the coastal marine ecosystem is endowed with immense fisheries resources, this accounts for only five per cent of Kenya’s total fish production.

• Poverty and unequal wealth distribution have been cited among factors driving the radicalization of youth and their gravitation towards extremist ideologies. 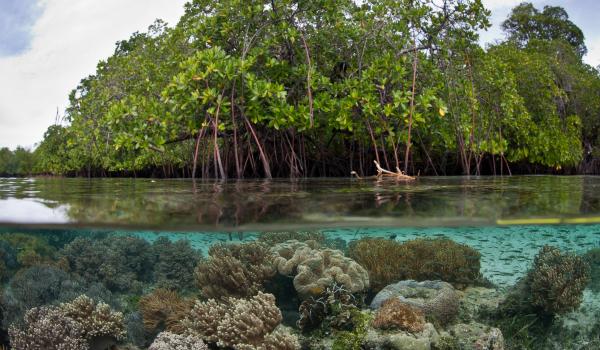 Fishing plays a significant role in the food security, livelihoods and culture of the local communities.

Although the coastal marine ecosystem is endowed with immense fisheries resources, this accounts for only five per cent of Kenya’s total fish production.

The low productivity is attributed to infrastructure and financial constraints to the growth of commercial fisheries.

Most coastal fisherfolks are subsistence fishers with fishing activity limited to the sea area between the shore and the reef.

According to the World Bank, in 2016, marine fisheries in Kenya’s coastline employed 27,000 fishers including 16,000 artisanal or small-scale fishers.

Yet, despite the huge potential of marine fisheries, many coastal communities suffer economic marginalization.

This has tended to fuel undercurrents of grievances that feed radicalization and recruitment to violent extremism in the counties of Kwale, Lamu, Kilifi, Lamu and Mombasa.

Although extremism in Kenya’s coastal region is influenced by local, regional and global trends, economic grievances are major culprits.

Poverty and unequal wealth distribution have been cited among factors driving the radicalization of youth and their gravitation towards extremist ideologies.

Extremists thrive by exploiting these ills to propagate their evil agenda.

To address the rampant poverty in the area, the focus should be on creating livelihood and job opportunities.

Given that tourism, the economic mainstay of the coastal region is highly susceptible to disruptions in the global economy, political instability and insecurity, fisheries is a promising alternative economic pathway for the coastal people.

Revamping the marine fisheries sector in an inclusive and sustainable manner will transform the lives of millions of people and spawn a thriving Blue Economy.

This is why the launch of the Kenya Marine Fisheries Socio-Economic Development Project last month is timely as it addresses these issues.

The Sh10 billion initiative aims to improve the income of fishing communities along the coast and create over 60,000 new jobs in the fishing sector over the next ten years in the counties of Lamu, Kwale, Mombasa, Kilifi and Tana River.

This includes the revival of the Liwatoni fishing port and the construction of a fish processing plant in Lamu.

The project will expand opportunities for the fishing communities and especially for women and young people to participate in the blue economy.

In order to tackle the underlying causes of violence and insecurity in the coastal counties, there is a need to prioritize inclusive economic programs that enhance access to sustainable livelihoods especially for young people, women and other vulnerable groups.

It is commendable that the Jumuiya ya Kaunti za Pwani the regional bloc of the six coastal counties is taking a leading role in the implementation of one of the components of the Go Blue project.

In this regard,  Jumuiya za Pwani should spearhead an integrated model that promotes the participation of marginalized communities in the socio-economic development of the region.

This will also enhance the capacity of the local communities to sustainably manage marine resources.

Fortunately, the coastal counties have integrated measures to deal with marginalization, poverty, ethnic tensions and political violence in their action plans to combat and prevent violent extremism.

These should be implemented using soft approaches that directly uplift people’s lives and wellbeing in addition to the hard security interventions.

Besides investing in the development of the coastal fisheries sector, it is also important to build trust between the State and the local fishers.

For example, when the government banned night fishing in Lamu in 2011, this triggered a backlash as it had a serious adverse impact on community livelihoods, underlining the centrality of fishing in their lives.

But the situation was salvaged in 2017 when the local administration partnered with civil society to introduce a smartcard allowing security agencies to track fishermen’s movements at sea.

This not only restored the livelihoods of the fisherfolk but also helped cultivate trust between the government and the residents in enhancing security in the county.

Expanding livelihood opportunities for the youth will help arrest spiralling crime and insecurity.

Last week, a prominent investor in Kilifi county was fatally injured in an attack carried out allegedly by boda boda operators over suspected land issues.

Such violent activities are symptoms of deep-rooted problems that need to be effectively dealt with including grievances over land, poverty and marginalization.

Most importantly, we should also stop the political culture of handouts which contributes to youth involvement in violence.

Instead of giving our young people fish, we should teach them to fish as a way of building sustainable livelihoods.

Like other Kenyans, the people of the coast just need a conducive environment to improve their lives.

Mr Mwachinga is an Advocate of the High Court.