DIAZ: Is your business online?

• According to the latest available data, e-commerce sales in 2019 topped $26.7 trillion in value has grown by four per cent from 2018.

• Today, it is metaphorically suicidal not to have your businesses with an online presence as millions of would-be customers, especially the youth, now stalk for deals on the internet and on social media to be specific. 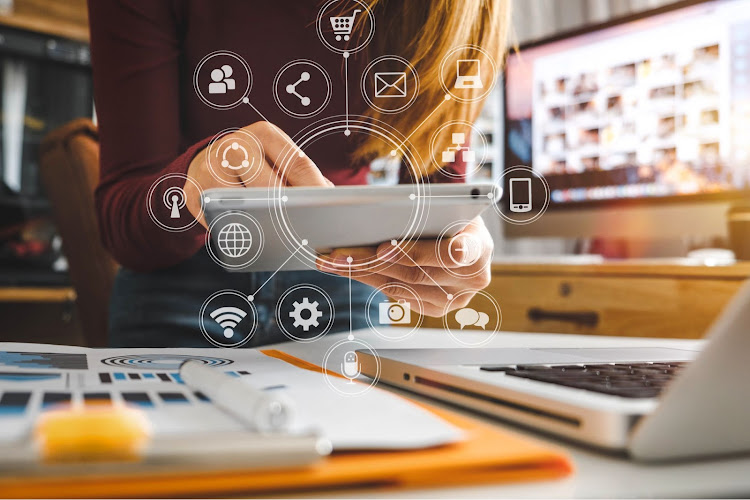 Today, it is metaphorically suicidal not to have your businesses with an online presence as millions of would-be customers, especially the youth, now stalk for deals on the internet and on social media to be specific.
Image: SHUTTERSTOCK

The Covid-19 pandemic continues to revolutionize not just individual lives but also traditional facets of society at large.

Prior to the onset of the global health crisis, commerce was one such facet with brick and mortar establishments dominating the novel digital enterprise.

Under the cloud of restrictions ranging from curfews, restricted movements and total lockdowns, it is the latter thriving as legacy hubs shrunk from reduced footfall by customers.

Today, while online commerce is not synonymous with the whole of retail, both e-commerce and physical retail can be seen as equals.

Even so, it is the online retail place with more room for growth as commerce sinks further into the new age.

In the last 12 months, for instance, many across the world have recorded their first interaction with e-commerce, for some, a fete nearly unthought-of prior to the unprecedented crisis.

A report by the United Nations Conference on Trade and Development (UNCTAD) dubbed Covid-19 and E-Commerce lay bare the rise of the online marketplace in the past year.

According to the report, e-commerce as a share of global trade rose to 17 per cent last year from 14 per cent in 2019.

The UN agency expects the rise to continue even as the world embarks on a recovery path from the pandemic.

Both nascent and established e-commerce players have largely registered growth in the period as sales and revenues multiply.

Latin American based Mercado Libire for instance saw sales double between April and June last year while Africa’s retail giant Jumia posted a 50 per cent jump in transactions during the first six months of 2020.

In Thailand, downloads of shopping applications increased by 60 per cent across a single week in March last year.

According to the latest available data, e-commerce sales in 2019 topped $26.7 trillion in value has grown by four per cent from 2018.

This represents about 30 per cent, nearly one-third of global GDP for the year in focus. Among global e-commerce winners by growth in gross merchandise value (GMV), last year, were Alibaba, Amazon, JD.com, Pinduoduo, Shopify, E-bay and Rakuten.

Nevertheless, outfits such as Uber, Expedia, Booking Holdings and Airbnb have suffered under the slack of reduced travel during the pandemic.

By country, the US, Japan and China top the e-commerce segment. Data from Digital Commerce 360 shows US citizens traded goods and services worth $861.2 billion online with US retailers in 2020. This is 44 per cent higher than in 2019.

We can see that, Global e-commerce giant Amazon meanwhile saw its largest growth in total visits in the month of October.

IBM’s US Retail Index shows the acceleration of the shift away from physical stores to digital shopping by at least five years.

The index meanwhile forecasts a 60 per cent decline in departmental stores while e-commerce growth for 2020 is projected at 20 per cent.

Statista found 52.7 per cent of US internet users to have avoided physical stores due to COVID-19 during the month of February last year while 52 per cent share of US adults shopped more online in May with the most popular product being restaurant delivery/takeaway.

Another report by McKinsey shows US e-commerce penetration in Q1 2020 posted a 10-year growth rate in just three months.

The future is now

I feel much Savvy legacy retailers including Walmart and Target have not been left behind in the switch up as they both take on e-commerce, and to much success.

For some, it has been a case of sudden death with departmental store outfits such as J.C. Penney, J.Crew Group Inc. and Neiman Marcus declared bankruptcy under the cloud of the pandemic.

Back home, firms have shown their ability to be agile in adapting to the unprecedented operating environment.

East African Breweries Limited (EABL), Bidco Africa, Safaricom, and other corporates and SME's, have been leading firms, having switched to e-commerce in an attempt to grow new revenues after the pandemic’s strike.

For instance, the Nairobi Securities Exchange (NSE) listed firm made an aggressive push for e-commerce to include home deliveries and the packaging of its products in cans.

The measures helped the company to grow revenues back in the second half of its last financial year as sales rebounded.

Other firms to make major strides in the switch have included Standard and the Nation Media Group who have pushed to grow e-paper sales and subsequently monetized their websites.

Not an easy road

In spite of the potential for e-commerce, the segment has been affected greatly by persistent barriers including costly broadband services, over-reliance on cash, lack of consumers trust, poor digital skills among populations and limited government attention to e-commerce.

Further, taxation measures such as Kenya’s digital services tax (DST) which has later been reduced to cover only non-residents have presented an interesting environment for the online marketplace.

In spite of the rampant challenges, e-commerce will transcend the storm to emerge on top. Despite the wide scope of the online marketplace, small business players can leverage e-commerce to gain a deeper foothold and even rival legacy players in the new segment.

Today, it is metaphorically suicidal not to have your businesses with an online presence as millions of would-be customers, especially the youth, now stalk for deals on the internet and on social media to be specific.

The government can meanwhile do more to grow the new marketplace which is seen as a key pillar to building the economy back better.

Countries such as Costa Rica have established e-commerce platforms for business-facing challenges in reaching an online presence.

Senegal has meanwhile launched an awareness campaign on the benefits of e-commerce among its population while Indonesia has unveiled a capacity building program for micro, small and medium enterprises (SMEs).

Both private and public sectors with international digital partners need to enhance e-commerce and engage the billions of youth consumers, who will or can be online distributors, for manufacturers products including providers of services.