They are conduits for selfish power play and financial gains

• The parties never do internal elections, yet if done is a charade to strengthen the party leaders' stranglehold.

• During the general election, the parties charge nomination fees from those who vie for different positions, thereafter those elected pay monthly subscriptions. 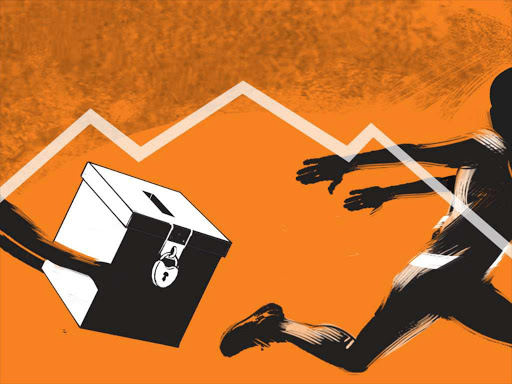 Talking about parties in Kenya, one can sum them up best as tribal groupings structured to take care of the interests of those who own them, for we don't have what could strictly be called parties.

They are conduits for selfish power play and financial gains. Jubilee can only do what President Uhuru Kenyatta wants it to do, ODM can never disagree with Raila Odinga, while Wiper does Kalonzo Musyoka's bidding, to mention but a few.

Others are registered but wait to be hiked by those with money and want ready special-purpose vehicles.

The parties never do internal elections, and when done they are a charade to strengthen the party leaders' stranglehold.

During the general election, the parties charge nomination fees from those who vie for different positions, thereafter those elected pay monthly subscriptions.

Then there is the Political Parties Fund which goes to parliamentary parties. As all these happen, no party can boast of vibrant, functioning offices at the grassroots.

They remain mere shells to be activated only when an election nears.

Even party headquarters remain dysfunctional unless important party business is to be transacted.

Such badly managed, monolithic, corrupt outfits are then tasked to produce those who legislate, oversight and help with governance issues and expect good results.

When they form coalitions it's only to get power, after that the rules governing them are only observed in the breach.

That's where Jubilee and Nasa find themselves today. Because the struggle has never been about elevating the common person.

We hear weird suggestions for curing divisions that incidentally are a result of bad policies and practices such as making skewed appointments in favour of one tribe, gender, class or religion.

There is already a law to cure such problems but because those wielding power don't care, they hoodwink us to believe it's the law that is the problem rather than ensuring fair distribution of the country's resources, which is within the ambit of power holders.

The executive has blatantly shown a glaring lack of inclination to stick to known and stated values or visions of moral compass, fidelity to the law and respect for the people.

The people for lack of direction take refuge in jingoistic, tribal gymnastics designed by politicians and the vicious circle continues. This must end.