Say Kenya National Examination Council is quiet about the matter

• Outgoing acting chief executive officer Mercy Karogo could not be reached for comment. 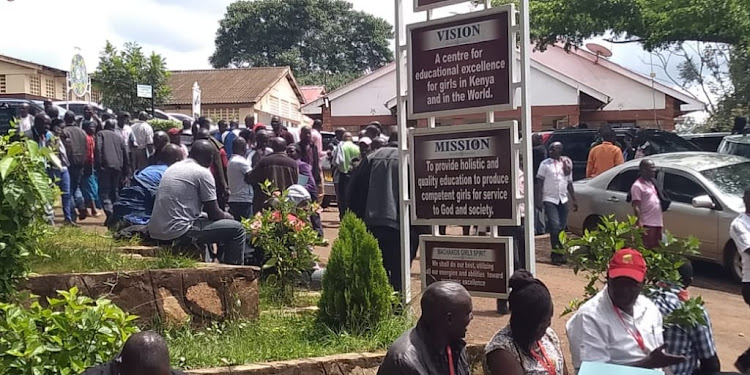 Teachers who marked the KCPE and KCSE exams in April are as furious as an injured bull in an arena.

They have been protesting against delays by the Kenya National Examinations Council to pay them. The teachers say Knec is quiet about the matter.

“There is an outcry among teachers. We are also parents and have other responsibilities. Knec treats teachers with contempt and that’s why they have kept us in the dark,” an examiner said.

A Knec official said the agency was preparing the teachers’ payment, but could not provide a specific time frame as the person was not authorised to speak to the media.

Outgoing acting chief executive officer Mercy Karogo could not be reached for comment.

Secondary school teachers who spoke to the Nation newspaper said they were given an advance at a flat rate of Sh10,000 upon completing the marking. Yet they used to receive Sh20,000 previously.

“We are running out of patience. Teachers made a sacrifice and the government needs to reciprocate. The teachers’ unions have also abandoned us,” a teacher in Bungoma said.

The marking was disrupted when examiners at two centres — Moi Girls’ Secondary, Nairobi, and State House Girls — staged a sit-in demanding an increase in their allowances.

The teachers were demanding an increase in the transport reimbursement, saying they had spent more money to travel to Nairobi, which was under lockdown at the time.

English Paper III examiners have a ceiling of 650 scripts to mark and should not mark less than 300.

“The marking rates per script should be raised by at least 50 per cent, given the inflation situation. A paper-like Chemistry Paper 1 earns an examiner only Sh51, maths Sh57 for both papers, and English Paper 1 Sh58,” Kuppet secretary-general Akelo Misori said at the time.

Before the marking started, he had called for higher allowances for teachers marking biology, chemistry, physics, agriculture, building and construction, music and home sciences, saying that they risk their lives during practicals.

In June, the council paid officials who were involved in the administration of the examinations.

These selfless gallant soldiers included examination centre managers, supervisors, invigilators, drivers and the security personnel who would be stationed at the centres.