SAMSON NYASIMI: Ruto can win presidency at first attempt, only if he quits now

There are blunders the government has made that will give any serious opposition leader an upper hand.

• DP's supporters are divided, with some calling on him to quit government, as others encourage him to soldier on from within.

• Should he quit, chances are he will amass more supporters than he currently has. 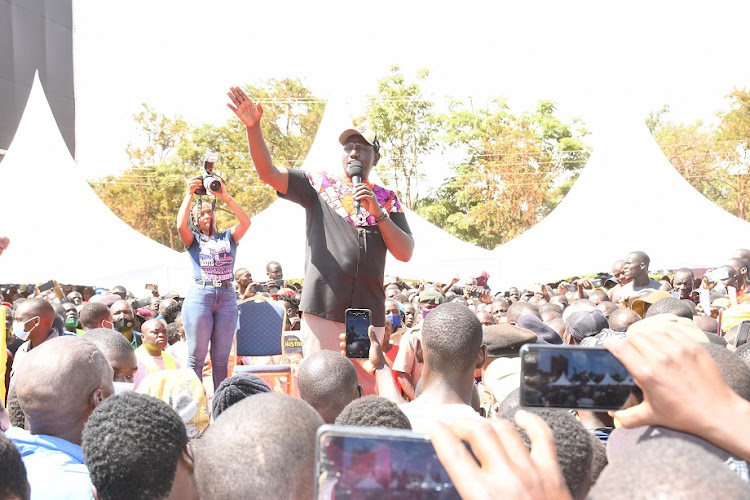 If Ruto takes a risk and quits now, he can win presidency at first attempt

President Uhuru Kenyatta's remarks over his succession during a consultative and development meeting with leaders from Ukambani has elicited mixed reactions.

The most notable reaction is the one from Deputy President William Ruto, who took to Twitter and asked, “Now, with the collapse of Jubilee, isn't it fair for those who can't fit in ethnic parties to build UDA as an alternative national party?"

DP's supporters gave a divided response to his question, with some calling on him to quit government, as others encouraged him to soldier on from within. Those who want him to stay on told him to endure the frustrations and fight for his space while in power as second in command.

However, those who want him out of the Jubilee political marriage believe he can quit and build a formidable force under UDA party. Since the opposition is said to have died after the handshake, should the DP quit, he will play a great role in gathering the opposition supporters who are leaderless.

Should he quit, chances are he will amass more supporters than he currently has. For instance, during the BBI debate, those opposing it lacked a serious political leader to lead the No team.

Also, Kenyans are burdened with taxes while they lack someone to air their views. The economy has terribly affected the ‘hustlers’, while the chief hustler is dining with those making wananchi’s lives miserable.

With the absence of Raila Odinga in the opposition, supporters are left leaderless but the only other visible politician who can take on the government without fear is Ruto.

Since the President has hinted on his preferred candidate, it will be wise for the DP to take a political risk and quit the Jubilee Party to focus on building himself in the remaining period. In politics, timing is important and that is why the DP should hit the metal while it is hot.

Quitting early will enable him consolidate his national political base. Any further delay will subject him to more frustrations and portray him as a coward who cannot take a risk.

It will also mean he believes in the narrative that in Kenya, there is no presidential candidate who will ever win an election on first attempt. He can choose to make the decision now or wait until few days to the election.

Quitting now will make him a frontrunner as well as the alternative government.

Moreover the voting bloc he banked on, Mt Kenya region, is already divided between East and West, and the earlier the DP quits to consolidate his supporters the better.

There are blunders the government has made that will give any serious opposition leader an upper hand. To start with, the Council of Governors is frustrated by the way the funds are dispatched to the counties, which has affected payment of salaries in time and clearing of suppliers’ pending bills.

The Judiciary is on the receiving end following attacks by the Executive as Kenyans lament about over taxation. With all these, Kenyans are watching and ready to identify with an alternative government.

The more he delays quitting, the more he will be tested, frustrated and weakened.

That is why leaving government will work to his advantage and possibly make him win the presidency on first attempt.

Samson Nyasimi is a communication and PR practitioner