• The call for national unity and cohesion is a collective responsibility and should not be command by a few in the society.

• Leaders should tread carefully and avoid utterances that can spontaneously sow seeds of division on religious, tribal or dynasty versus hustlers’ background. 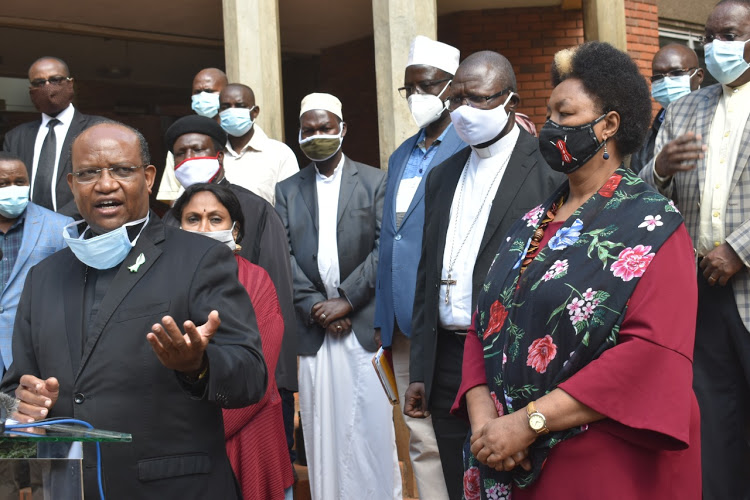 The debate on politics and the role of the church is crucial and must be pursued objectively.

Our country is 80 per cent religious and the role of religious groups should not be undermined; they command a huge following and influence.

Religious organizations have and continue to play major roles in matters of education, health, governance and leadership.

The country is in an electioneering and campaign mood; with various political realignments bound to take shape soonest.

The clamour for constitutional amendments is on course with proponents and opponents of the same flexing muscles against each other.

It is important to remind ourselves of the critical role religious groups played during the sad effects of the disputed 2007 general election and its subsequent post-election crisis that resulted in social-economic setbacks.

The Campaign and electioneering periods in Kenya have always occasioned violence, destruction of property, ethnic profiling of communities, circulation of hatred and threatening messages.

Religious groups have been at the forefront in advocating for peace, cohesion and arbitrations in the event of a political crisis.

They have promoted unity in diversity within our multi-cultural communities; continue to champion the inculcation of moral and ethical values to their followers and always offer support to many in the event of disasters and calamities.

The call for national unity and cohesion is a collective responsibility and should not be command by a few in the society.

Even though there exists a thin line of separation between church and politics; they participate in the social-economic development of the country and remit taxes to the government. They have nurtured and produced leaders now holding offices in different jurisdictions in the republic of Kenya.

Isolating or negating the input of religious groups on matters of national or community interest is “doublespeak”; they have been at the forefront in calling for the respect to the rule of law to the latter, fair distribution of resources, speaking loudly against corruption, nepotism, tribalism and calling for integrity and competency to any person holding an office.

Kenyans want accountability and a practical environment starting from high profile arrests for those accused of corruption, asset recovery and jail terms.

The political parties Act is quite clear on the rules of disqualifying or suspending a member from a political party; many of our legislatures with the mandate from the sovereignty of people as enshrined in the 2010 constitution are in constant violation of the law.

The elections and NCIC Acts have largely remained disregarded; with the political class disobeying the law at free will.

These are some of the vices that the church keeps on voicing and reminding those in authority to uphold.

Leaders should tread carefully and avoid utterances that can spontaneously sow seeds of division on religious, tribal or dynasty versus hustlers’ background.

The political class should take the lead role in uniting Kenyans on political processes ahead of the next general elections and shun incitement and violence as witnessed in the recent past.

Churches want to see government agencies such as EACC, NCIC, ODPP, ORPP, DCI and the judiciary scaling up their roles and duties for the common good of mwananchi.

Disregarding the law and rules is a bad precedent and impacts negatively on the youthful generation.