Jerusalem important to all Abrahamic faiths

This will happen by condemning the crimes taking place in Palestine 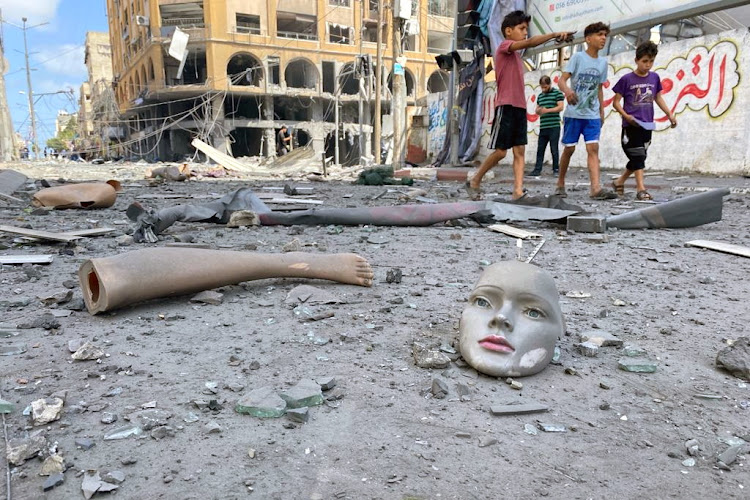 Parts of a broken mannequin lie on the ground near a tower building which was hit by Israeli air strikes, amid a flare-up of Israeli-Palestinian violence, in Gaza City May 12
Image: REUTERS

The human world has once again been witnessing the escalation of brutal massacre, bloodshed, and devastation in the holy Palestinian Land in the past several days, which began following the desecration of the Al-Aqsa Mosque - the first Qibla of the Muslims - and the Qubbat al-Ṣakhra (Dome of the Rock) and the point of the Mi’raj (the Night Journey of the Holy Prophet of Islam from Mecca to Al-Aqsa Mosque and his celestial ascension to the skies) by the violent Zionist extremists during the Eid al-Fitr celebrations.

Undoubtedly, no city in the world is of so much interest to the followers of Abrahamic religions as Jerusalem (Bayt al-Muqaddas), and all monotheists and free people of the world are concerned about the fate of this holy city and the blessed land in which it is located.

The usurper rulers of oppressed Palestine respond to the rightful protests of the Palestinian Muslims during the day of Eid, which marks the culmination of a month of fasting, with the brutal bombardment of the besieged city of Gaza. And the streets of Quds, the city of the divine prophets, have now become an ocean of blood, staining again the hands of the ones who murdered those very prophets.

It is obvious that the heinous and atrocious crimes committed and the catastrophes caused by the Zionist regime and the occupier of Jerusalem, are increasingly adding to the concern, sorrows, and anger of Muslims and all the pious and free people of the world.

While expressing its deep sorrow and grief over the insults against the sanctities of Islam and other Abrahamic religions in Palestine, and expressing sympathy with the oppressed Palestinian Muslims, especially the ones living in the Holy Quds and Gaza, the Center for Interreligious and Inter-Cultural Dialogue of the Islamic Culture and Relations Organization, appeals to all religious and cultural communities of the world to fulfil their religious and humanitarian duties by condemning the crimes taking place in Palestine and extending their support to the oppressed.

It goes without saying and there can be no doubt, that the pleasure of God Almighty and peace in human conscience lies in eliminating oppression and providing justice for the oppressed.